DC Daily: Trump says 'our country is being stolen' during tweetstorm on DACA, border security 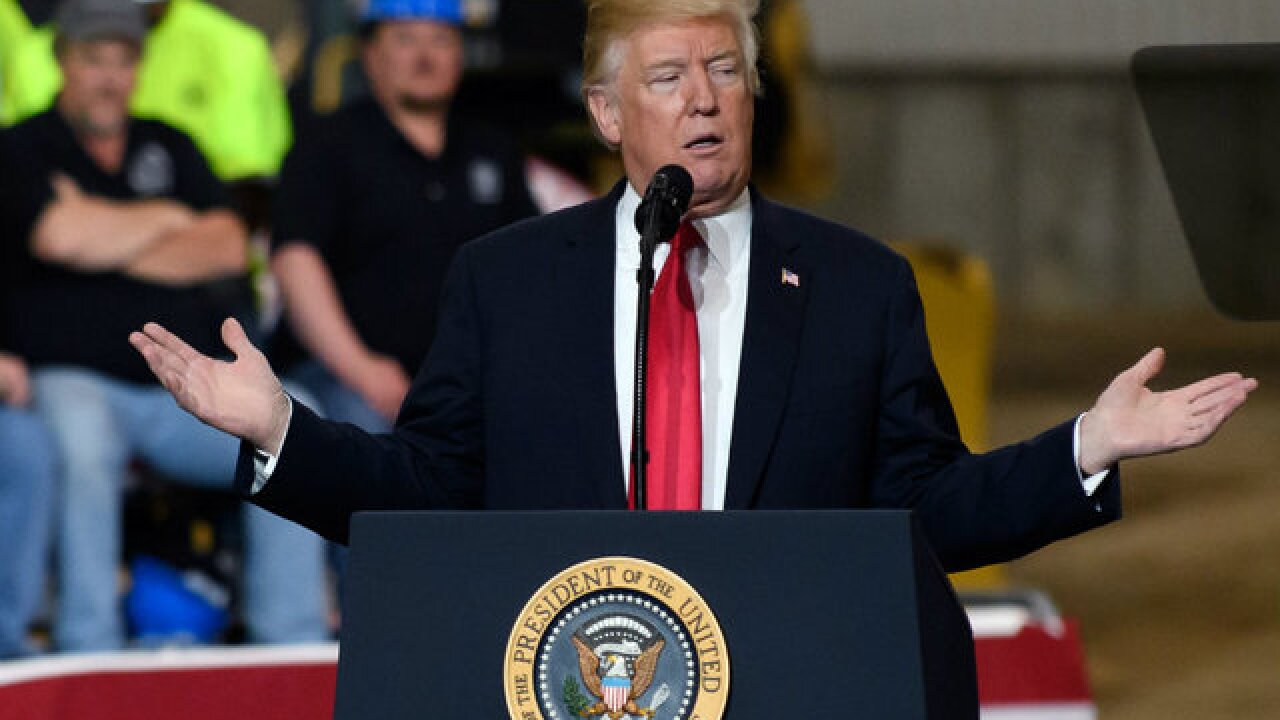 Copyright Getty Images
Jeff Swensen
President Donald Trump speaks to a crowd gathered at the Local 18 Richfield Facility of the Operating Engineers Apprentice and Training, a union and apprentice training center specializing in the repair and operation of heavy equipment on March 29, 2018 in Richfield, Ohio.

Trump says “our country is being stolen” during tweetstorm
-- President Trump sent out a flurry of tweets early Monday morning on border security and the ongoing DACA issue.

In a series of tweets, Trump continued to blame Democrats for the U.S. problems with illegal immigration.

“Mexico has the absolute power not to let these large 'Caravans' of people enter their country. They must stop them at their Northern Border, which they can do because their border laws work, not allow them to pass through into our country, which has no effective border laws.....”

“...Congress must immediately pass Border Legislation, use Nuclear Option if necessary, to stop the massive inflow of Drugs and People. Border Patrol Agents (and ICE) are GREAT, but the weak Dem laws don’t allow them to do their job. Act now Congress, our country is being stolen!”

“DACA is dead because the Democrats didn’t care or act, and now everyone wants to get onto the DACA bandwagon... No longer works. Must build Wall and secure our borders with proper Border legislation. Democrats want No Borders, hence drugs and crime!”

“Mexico is making a fortune on NAFTA...They have very strong border laws - ours are pathetic. With all of the money they make from the U.S., hopefully they will stop people from coming through their country and into ours, at least until Congress changes our immigration laws!”

Trump’s statements came one day after his Easter Sunday “NO MORE DACA DEAL” tweet: “Border Patrol Agents are not allowed to properly do their job at the Border because of ridiculous liberal (Democrat) laws like Catch & Release. Getting more dangerous. “Caravans” coming. Republicans must go to Nuclear Option to pass tough laws NOW. NO MORE DACA DEAL!”

Late last year, the president moved to end the Deferred Action for Childhood Arrivals program, but it continues on despite a March 5 expiration date that was set by the administration.

The video, released by Deadspin this weekend, shows anchors at several of Sinclair’s TV stations speaking on “fake news” stories. In the video, the anchors are seen and heard reciting from the same script about “the troubling trend of irresponsible, one sided news stories plaguing our country.”

On Monday morning, the president tweeted: “So funny to watch Fake News Networks, among the most dishonest groups of people I have ever dealt with, criticize Sinclair Broadcasting for being biased. Sinclair is far superior to CNN and even more Fake NBC, which is a total joke.”

ABC News, citing a Kremlin aide’s comments to a Russian news outlet, reported the subject of a possible meeting in Washington, D.C., came during Trump’s congratulatory call to Putin, who was re-elected as Russian president several days before.

White House officials did not immediately comment on the reports.