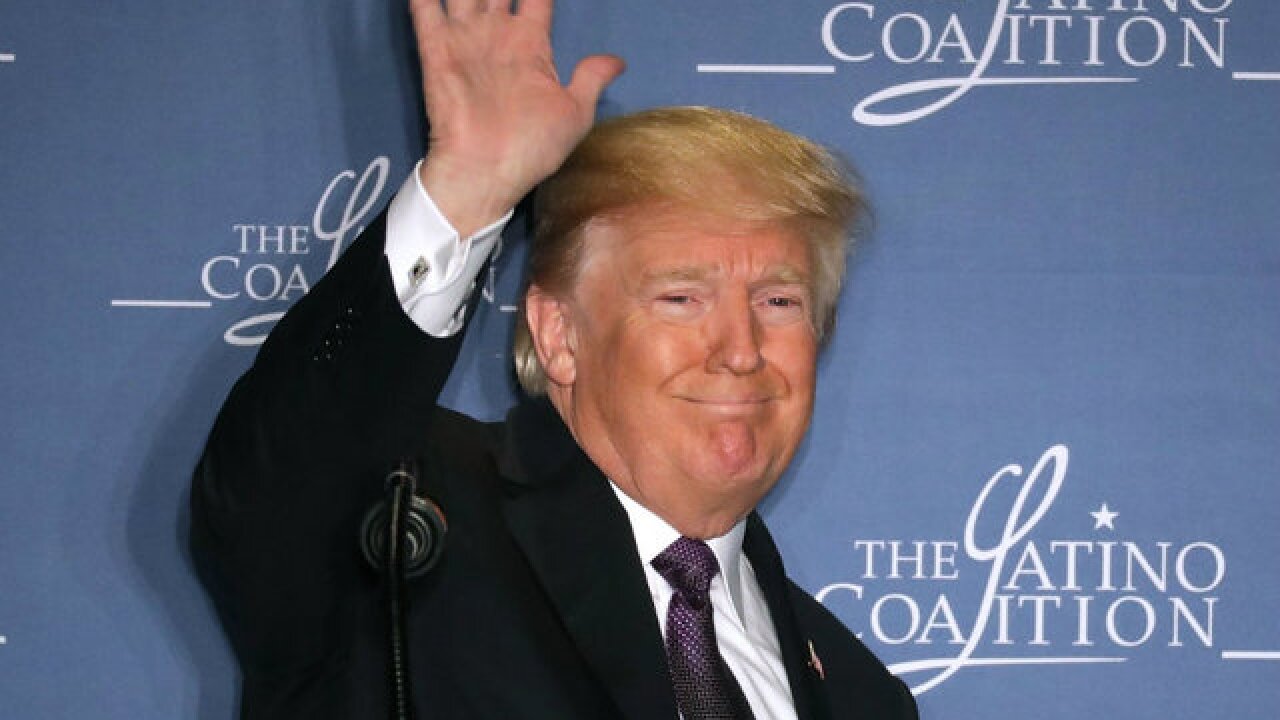 South Korean President Moon Jae-in met with North Korea's leader Kim Jong Un at the border of Panmunjom, and both promised to not only cease any nuclear weapons programs but also sign a treaty to end the decades-long Korean War.

Trump, who is set to meet with Kim Jong Un sometime in the next few weeks, spoke about the meeting on Twitter Friday.

He said, "After a furious year of missile launches and Nuclear testing, a historic meeting between North and South Korea is now taking place. Good things are happening, but only time will tell!"

The president later added, "KOREAN WAR TO END! The United States, and all of its GREAT people, should be very proud of what is now taking place in Korea!"

Trump also expressed gratitude towards Chinese President Xi Jinping for his role in the meeting between the Korean leaders.

"Please do not forget the great help that my good friend, President Xi of China, has given to the United States, particularly at the Border of North Korea. Without him it would have been a much longer, tougher, process!"

The newspaper notes that the disclosure suggests that the lawyer had closer ties to the Kremlin than she had previously suggested.

The Times reported that, according to an NBC News interview to be broadcast Friday, Veselnitskaya disclosed that she was a "source of information" for Russian Prosecutor General Yuri Chaika.

The Times said Chaika's office did not respond to requests for comment and that Veselnitskaya said she would respond in two weeks.

The June 2016 meeting at Trump Tower is an area of inquiry in special counsel Robert Mueller's investigation into whether anyone from the Trump campaign colluded with Russians to meddle in the election.

Is everybody believing what is going on. James Comey can’t define what a leak is. He illegally leaked CLASSIFIED INFORMATION but doesn’t understand what he did or how serious it is. He lied all over the place to cover it up. He’s either very sick or very dumb. Remember sailor!

So great to have Staff Sgt. Dan Nevins and the incredible WOUNDED WARRIORS with me in the White House yesterday. These are truly brave and special people! @foxandfriends

Kanye West has performed a great service to the Black Community - Big things are happening and eyes are being opened for the first time in Decades - Legacy Stuff! Thank you also to Chance and Dr. Darrell Scott, they really get it (lowest Black & Hispanic unemployment in history).

A broad 61% of GOP voters say Mueller's probe into potential coordination between the Trump campaign and the Russian government during the 2016 presidential election is not being conducted fairly, up from just 46% who said the same in early March, according to a new Quinnipiac University survey released on Thursday.

Only one in four GOP voters, 26%, said they believe Mueller is conducting his investigation fairly, dropping from 36% over the same span. Six months ago, Republicans were essentially evenly split on whether the probe was fair.

Majorities of both Democrats, 79%, and independents, 58%, say they believe Mueller's probe is fair.