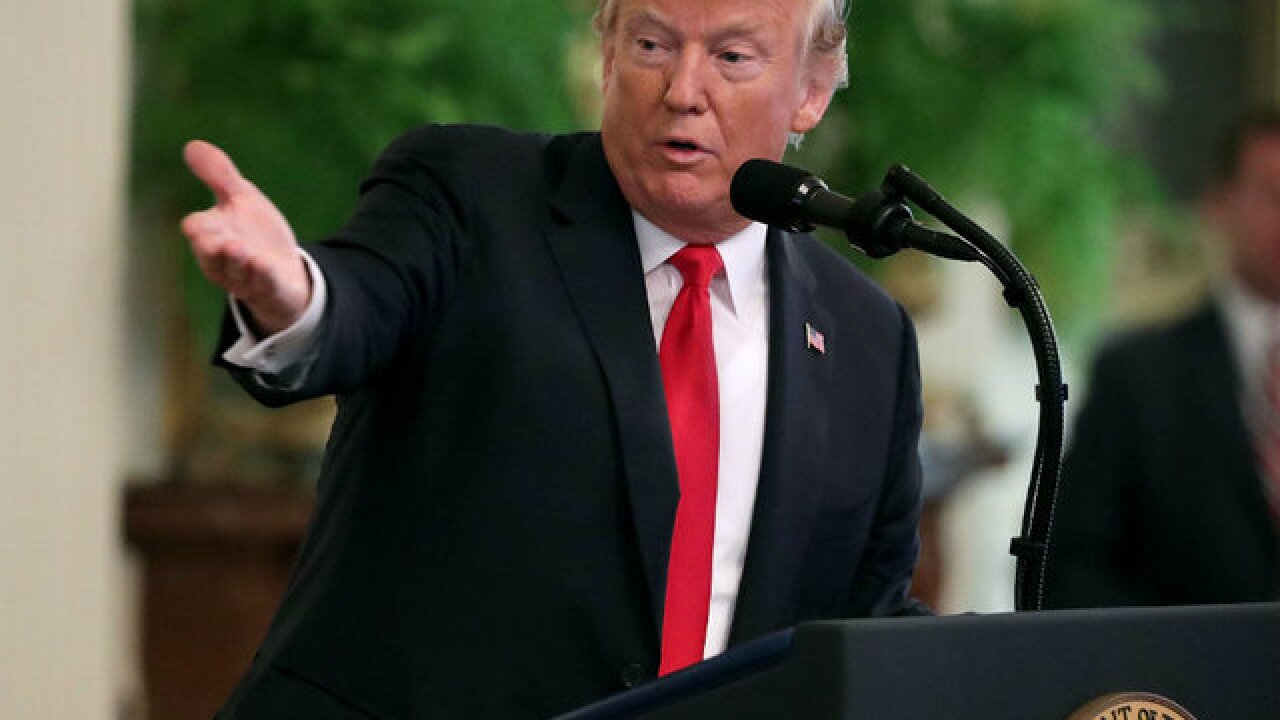 Trump admits “hush money” came from him
-- In an interview with Fox News Wednesday, President Trump admitted to making payments to two women who said they had affairs with him, but he insisted no crimes were committed.

“They weren't taken out of campaign finance, that's the big thing. They didn't come out of the campaign, they came from me,” Trump said.

For months, the president denied knowing anything about the payments made by his former lawyer Michael Cohen.

Trump also told Fox News that the felony counts Cohen admitted to were not actual crimes.

Trump said, “What Michael Cohen pled to weren't crimes … He made a great deal. He was in another business totally unrelated to me where I guess there was fraud involved.

He added, "A lot of lawyers on television and lawyers I have say they aren't crimes. He makes a better deal when he uses me."

Cohen pleaded guilty earlier this week to campaign finance violations for making payments to Karen McDougal and Stormy Daniels. He told prosecutors he made those payments at the direction of the president.

"[The payments] didn't come out of the campaign. They came from me."

President on impeachment: “I think everybody would be very poor”
-- President Trump said he believes the economy would be in disarray if he were to be impeached.

Trump told Fox News that “the market would crash” and “everybody would be very poor” if he was impeached.

However, he closed the topic by saying, “I don’t know how you can impeach somebody who’s done a great job.”

President @realDonaldTrump: "I don't know how you can impeach somebody who's done a great job." pic.twitter.com/3BZNpSzish

The Times reports that the Department of Education is said to be considering using the Student Support and Academic Enrichment grant — a grant which makes no mention of prohibiting its use to purchase weapons — in order to fund the purchase of guns by public schools.