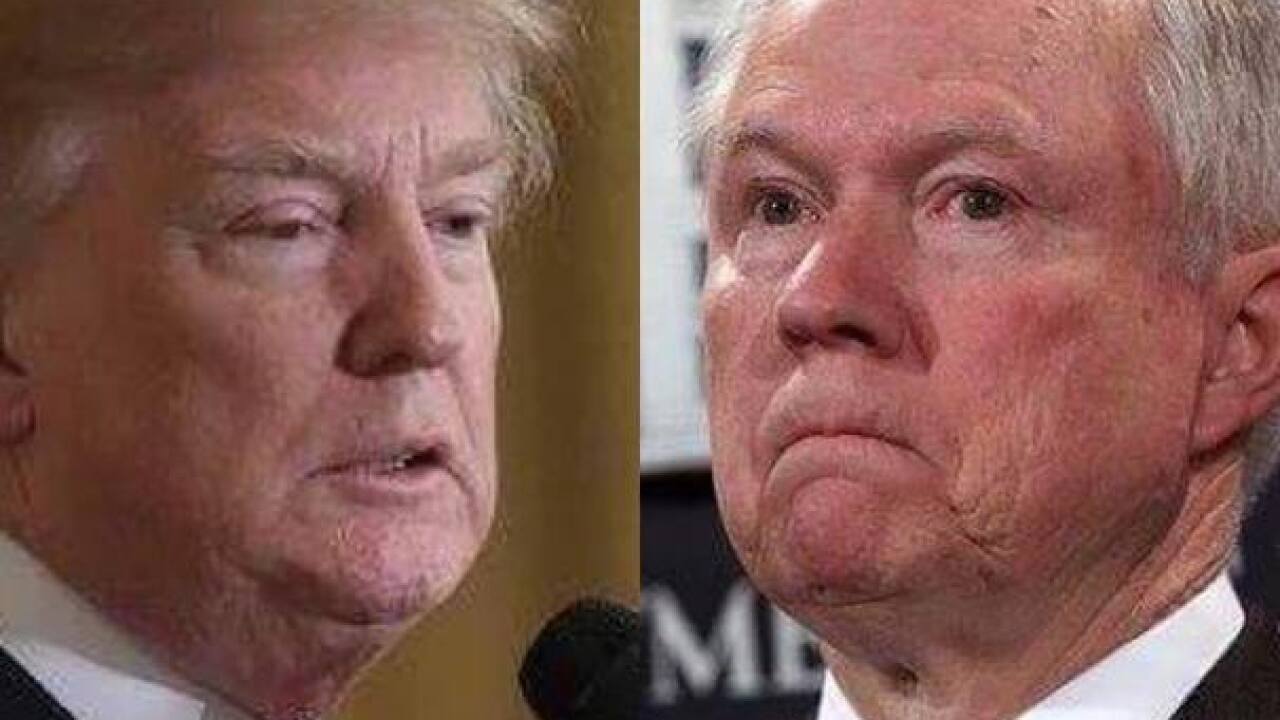 Here's what's making headlines in the political world on May 30, 2018:

Trump quoted a television interview with Rep. Trey Gowdy (R, South Carolina), in which Gowdy was giving his analysis of a New York Times report that Trump had asked Sessions to reverse his recusal from the Russia investigation.

The president said in three tweets: Rep.Trey Gowdy, “I don’t think so, I think what the President is doing is expressing frustration that Attorney General Sessions should have shared these reasons for recusal before he took the job, not afterward. If I were the President and I picked someone to be the country’s.... ....chief law enforcement officer, and they told me later, ‘oh by the way I’m not going to be able to participate in the most important case in the office, I would be frustrated too...and that’s how I read that - Senator Sessions, why didn’t you tell me before I picked you..... ....There are lots of really good lawyers in the country, he could have picked somebody else!” And I wish I did!

Mexican president responds to Trump’s wall remarks
-- At a rally in Nashville, President Trump once again promised his supporters that Mexico would foot the bill for his proposed border wall project.

Trump implied that Mexico would make concessions in the ongoing negotiations over the North American Free Trade Agreement (NAFTA).

However, Mexican President Enrique Pena Nieto quickly responded on Twitter, saying: “No. Mexico will never pay for a wall. Not now. Not ever.”

Trump goes after “Chuck & Nancy” at Nashville rally
-- President Trump lambasted "Chuck and Nancy" and told supporters in Tennessee at a rally on Tuesday that Democratic Senate candidate Phil Bredesen would do the bidding of Democratic congressional leaders.

Trump was in Nashville to campaign for Bredesen's Republican opponent, Rep. Marsha Blackburn, in the race to replace the retiring Sen. Bob Corker.

Bredesen is, in fact, a popular former Nashville mayor and Tennessee governor, but he last ran for public office in 2006. He has led Blackburn in recent polls.

"If Bredesen were ever to get elected," Trump said, "he would do whatever Chuck and Nancy -- remember the term, 'Chuck and Nancy?' They don't want the wall, they want open borders, they're more interested in taking care of criminals than they are of taking care of you -- Bredesen donated a lot of money to the campaigns of Barack Obama and Hillary Clinton."

"Crooked Hillary," Trump added, as the crowd chanted "lock her up."

It's not clear if Kardashian West will meet with President Trump.

The entrepreneur and reality television star has advocated for a pardon for a low-level drug offender named Alice Marie Johnson, who has served more than 20 years in prison.

Prison reform has been a key issue for Kushner. Earlier this month, the White House-backed First Step Act, which would expand programs for prisoners and allow for more home confinement, was approved by the House Judiciary Committee.