DC Daily: Trump says he would have 'run in there' to stop Florida school shooter 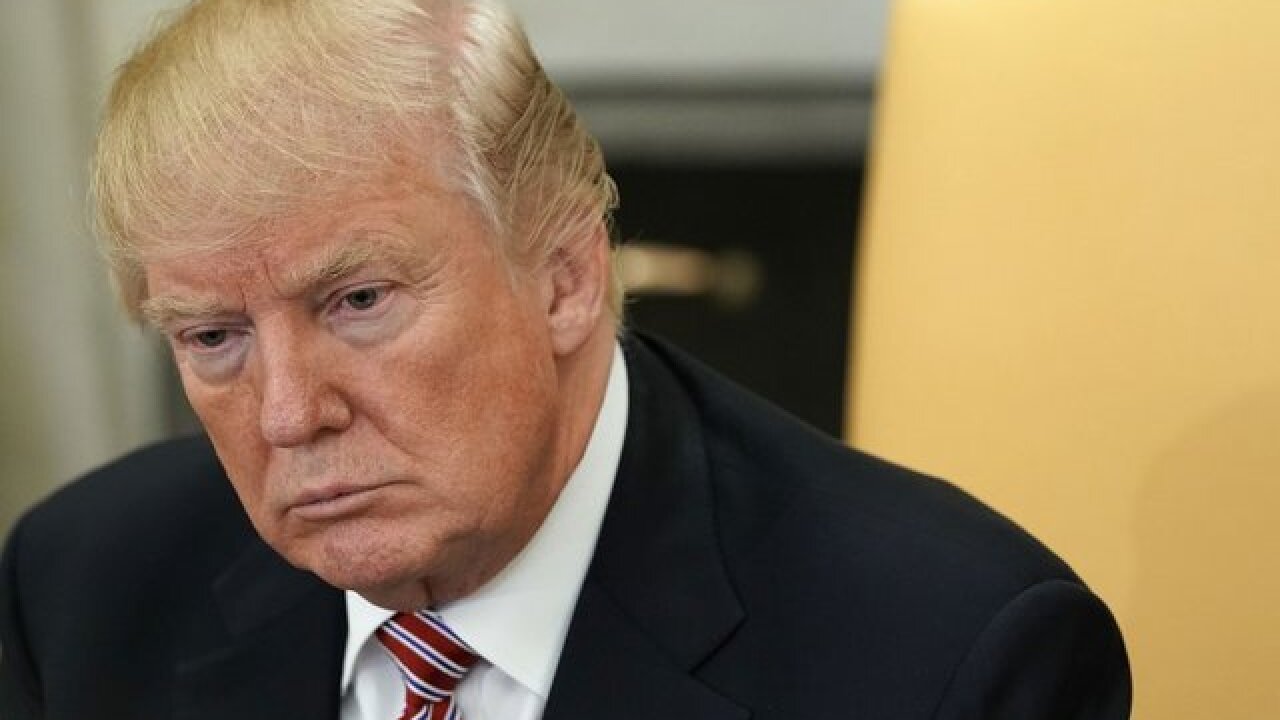 Trump looking to push Congress to act on gun control
-- President Trump said the shooting at a Florida high school nearly two weeks ago and the subsequent topic of gun control is a high priority for his administration.

At Sunday night's Governors' Ball in Washington, D.C., the president said the shooting "will be one of the subjects. And I think we'll make that first on our list, because we have to end our country of what's happening with respect to that subject."

Congressional lawmakers have been split on the subject, and both House Speaker Paul Ryan and Senate Majority Leader Mitch McConnell not yet publicly calling for gun control legislation.

In a Monday morning meeting at the White House with several U.S. governors, Trump said he would have "run in there" to stop the Florida high school shooting suspect "even if I didn't have a weapon."

Trump said, "I really believe I'd run in there, even if I didn't have a weapon, and I think most of the people in this room would have done that too," Trump said.

Signaling more than one sheriff's deputy was at fault, Trump said they "weren't exactly Medal of Honor winners" and said "the way they performed was frankly disgusting."

Trump campaign emails photo of Parkland survivor, asks for donations
-- President Trump's re-election campaign used a photo of a survivor of the Parkland, Florida, shooting in an email Saturday that asks its recipients to donate money to the campaign.

The email contains a photo of 17-year-old Madeleine Wilford in a hospital bed surrounded by her family, Trump and the first lady. The President visited Wilford on February 16, two days after the attack at Marjory Stoneman Douglas High School, which left 17 dead.

"The nation has turned its attention to the senseless school shooting in Parkland, Florida," the email reads.

"Trump is taking steps toward banning gun bump stocks and strengthening background checks for gun purchasers," it says. "The President has made his intent very clear: 'making our schools and our children safer will be our top priority.'"

In Russia probes, Republicans draw red line at Trump's finances
-- Top Republicans on Capitol Hill have made a concerted decision in their Russia inquiries: They are staying away from digging into the finances of President Trump and his family.

Six Republican leaders of key committees told CNN they see little reason to pursue those lines of inquiry or made no commitments to do so -- even as Democrats say determining whether there was a financial link between Trump, his family, his business and Russians is essential to understanding whether there was any collusion in the 2016 elections.

Republicans have resisted calls to issue subpoenas for bank records, seeking Trump's tax returns or sending letters to witnesses to determine whether there were any Trump financial links to Russian actors -- calling the push nothing more than a Democratic fishing expedition.

While the top Democrat on the Senate Intelligence Committee has acknowledged that his panel lacks the resources of special counsel Robert Mueller to dig deeply into financial matters, several Democrats on committees with financial experts on their staff have sought such records. In the House Intelligence Committee, for instance, Democrats have asked for subpoenas to Deutsche Bank, the institution that has been a major lender to the Trump Organization as well as Jared Kushner, Trump's son-in-law and senior adviser.