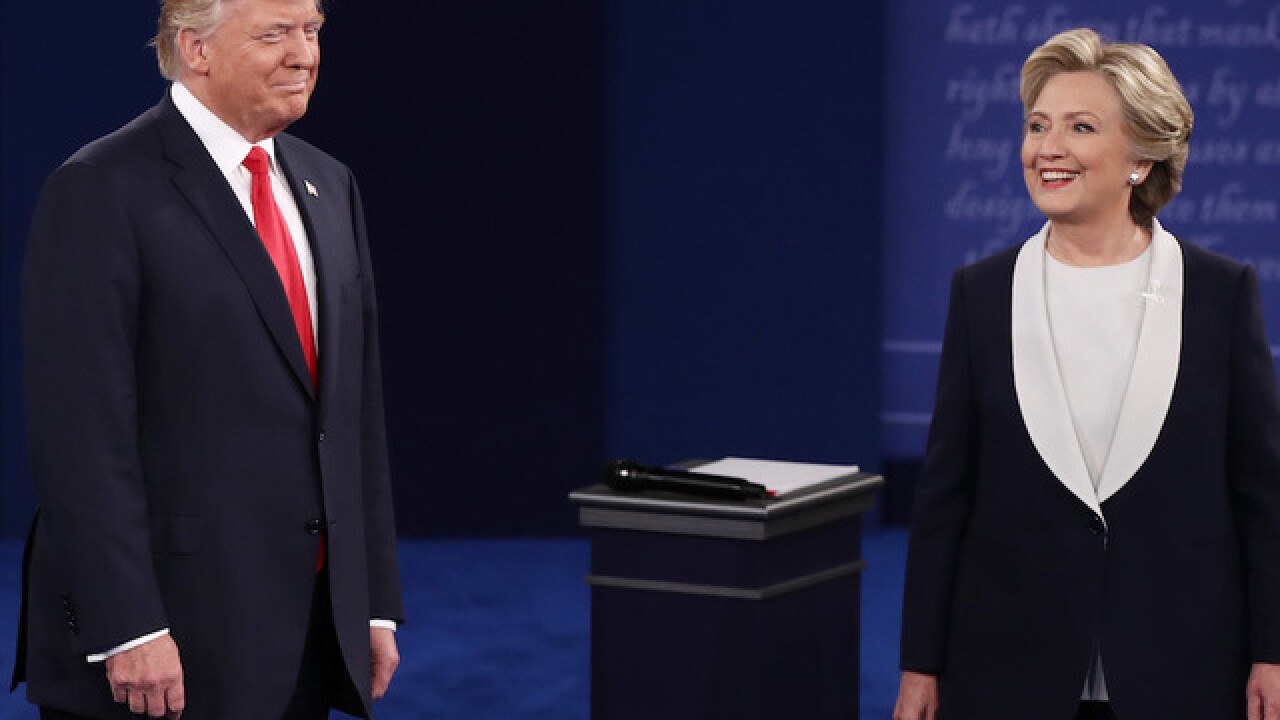 The Trump administration is considering a new travel ban to replace its original executive order, which has had its legality questioned and is up for a Supreme Court hearing next month, White House national security adviser H.R. McMaster said Sunday.

WH: US still plans on leaving Paris Accord

President Donald Trump still plans to withdraw the United States from the Paris climate agreement unless there are major changes made to the carbon emissions pact, the White House said Saturday.

President Donald Trump retweeted an edited video Sunday morning that showed him swinging a golf club and appearing to hit Hillary Clinton with a golf ball.

The animated GIF image Trump retweeted spliced together footage of Trump taking a swing on a golf course with footage of Clinton tripping and falling as she boarded a plane in 2011 as secretary of state. The footage is edited to make it appear as though Clinton is hit in the back with a golf ball before her fall.

Special counsel Robert Mueller and his team are now in possession of Russian-linked ads run on Facebook during the presidential election, after they obtained a search warrant for the information.

Facebook gave Mueller and his team copies of ads and related information it discovered on its site linked to a Russian troll farm, as well as detailed information about the accounts that bought the ads and the way the ads were targeted at American Facebook users, a source with knowledge of the matter told CNN.

(On Sunday, Facebook told CNN in a statement that it was providing information to Mueller, "including ads and related account information.")

Feinstein: We intend for Trump Jr. to testify publicly

Washington (CNN)The top Democrat on the Senate Judiciary Committee said Sunday it was her and the Republican committee chairman's intention to bring Donald Trump Jr. before the committee for public testimony.

California Democratic Sen. Dianne Feinstein said in an interview on CNN's "State of the Union" that she was beginning to review the transcript of a lengthy private session President Donald Trump's eldest son had earlier this month with committee staff, in which he discussed his June 2016 meeting with a Russian lawyer in Trump Tower.

"I think it's Senator (Chuck) Grassley's intent, and it's certainly my intent, to have him before the committee in the open and be able to ask some questions under oath," she told guest anchor Dana Bash.