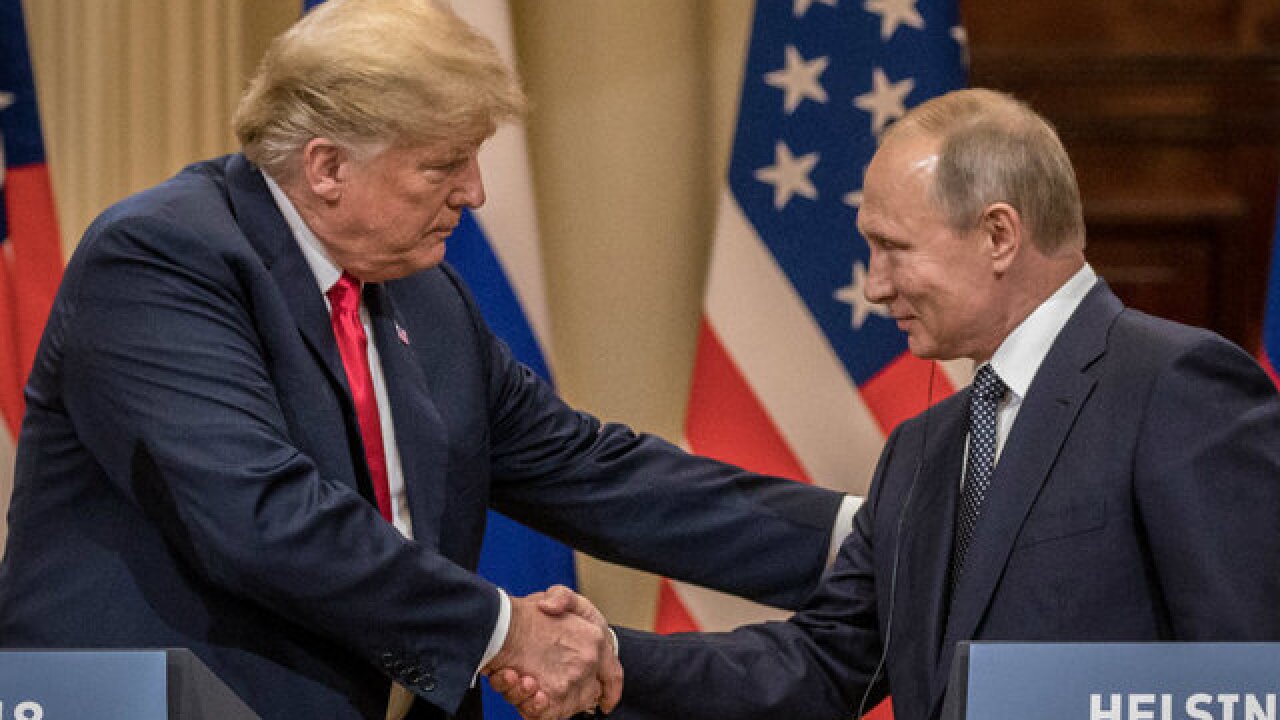 Trump responds to uproar over summit with Putin
-- By the time President Trump returned to the U.S. late Monday night, the fallout from his meeting and joint news conference with Russian President Vladimir Putin had already reached a boiling point.

Protesters greeted Trump at the White House upon his return, with some holding signs calling him a “traitor.” But earlier in the day, the president faced fierce backlash from Republican and Democratic lawmakers and members of the intelligence community over his remarks at the Helsinki news conference, particularly regarding the ongoing probe into Russian interference in the 2016 election.

Today’s press conference in #Helsinki was one of the most disgraceful performances by an American president in memory.

I never thought I would see the day when our American President would stand on the stage with the Russian President and place blame on the United States for Russian aggression. This is shameful.

Donald Trump’s press conference performance in Helsinki rises to & exceeds the threshold of “high crimes & misdemeanors.” It was nothing short of treasonous. Not only were Trump’s comments imbecilic, he is wholly in the pocket of Putin. Republican Patriots: Where are you???

In an interview with Fox News, Trump referred to Putin as “very, very strong” and said the U.S.-Russia relationship was “a potential problem” prior to the Finland summit.

Through all of the criticism Trump received for his Helsinki performance, he had at least one notable supporter, Sen. Rand Paul. The Kentucky Republican told CNN that the disapproval of the president stems from “Trump derangement syndrome.”

Dialogue is especially important when hundreds of millions of lives are at stake, as is the case in relations between the United States and nuclear-armed Russia. https://t.co/6aBndKOhKq

On Tuesday, Trump took to Twitter to thank Paul for the support.

Thank you @RandPaul, you really get it! “The President has gone through a year and a half of totally partisan investigations - what’s he supposed think?”

While I had a great meeting with NATO, raising vast amounts of money, I had an even better meeting with Vladimir Putin of Russia. Sadly, it is not being reported that way - the Fake News is going Crazy!

In a video posted on his Twitter account, the action star referred to Trump as a Putin “fan boy” and slammed the president for standing next to the Russian leader “like a wet noodle.”