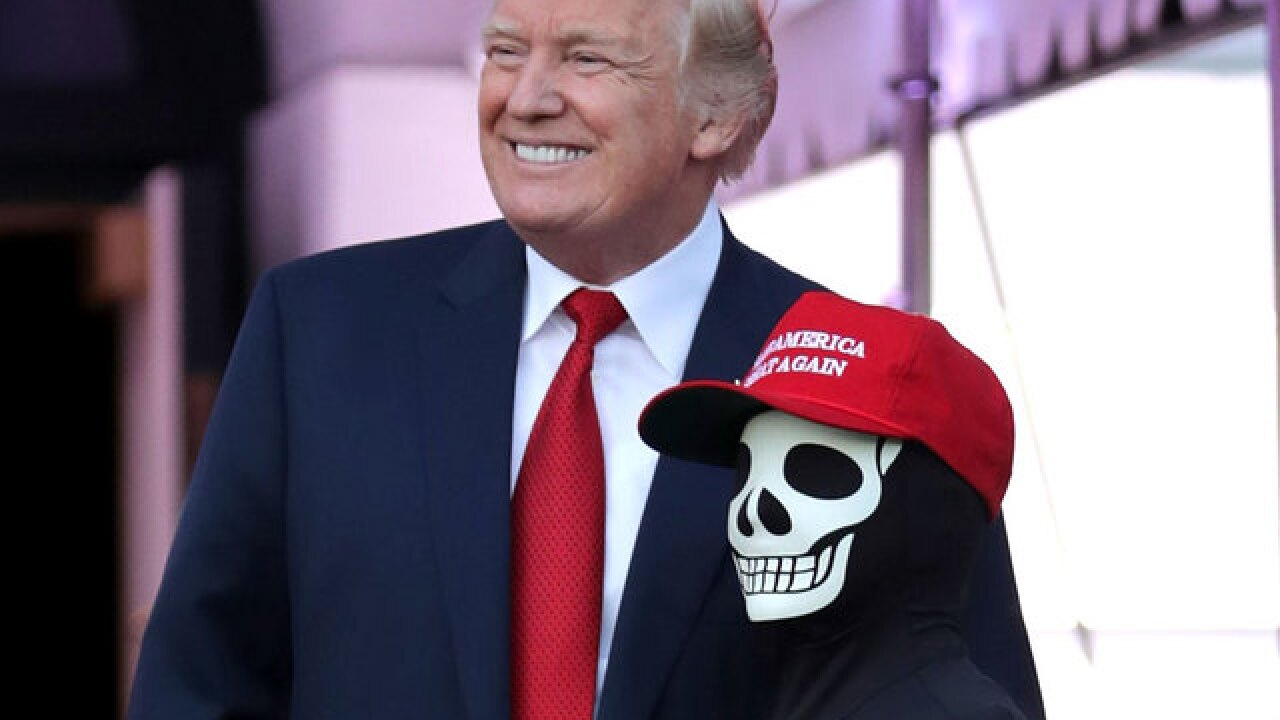 President slams "fake news" in response to Manafort indictment
-- President Trump was on the offensive Tuesday morning, one day after his former campaign manager Paul Manafort was indicted on numerous charges as part of special counsel Robert Mueller's Russia investigation.

Trump took to Twitter in response to the indictment, saying: "The Fake News is working overtime. As Paul Manaforts lawyer said, there was 'no collusion' and events mentioned took place long before he came to the campaign. Few people knew the young, low level volunteer named George, who has already proven to be a liar. Check the DEMS!"

Manafort's business associate, Rick Gates, was also charged. Both men pleaded guilty to multiple counts, including conspiracy against the United States and failure to report foreign bank accounts. Manafort and Gates were released on bond.

The charges against the men are not directly connected to Mueller's investigation into possible collusion between the Trump campaign and Russians.

According to court documents, Papadopolous lied about trying to set up meetings between the Trump campaign and Russian leaders.

Trump attacks Democrats in morning tweets
-- Besides Monday's developments in the Mueller investigation, the president also updated his timeline with tweets blasting the Democratic Party.

I hope people will start to focus on our Massive Tax Cuts for Business (jobs) and the Middle Class (in addition to Democrat corruption)!

The biggest story yesterday, the one that has the Dems in a dither, is Podesta running from his firm. What he know about Crooked Dems is....

....earth shattering. He and his brother could Drain The Swamp, which would be yet another campaign promise fulfilled. Fake News weak!

Clinton weighs in on indictments
-- While in Chicago promoting her latest book, Hillary Clinton commented on the indictments of Paul Manafort and Rick Gates.

The one-time presidential candidate said, "We don't need a lengthy investigation to tell us that Trump is ignoring the intelligence community about an urgent threat … We know everything we need to know on this one, we just have to make sure that members of Congress stand up and do their jobs and hold the president accountable."