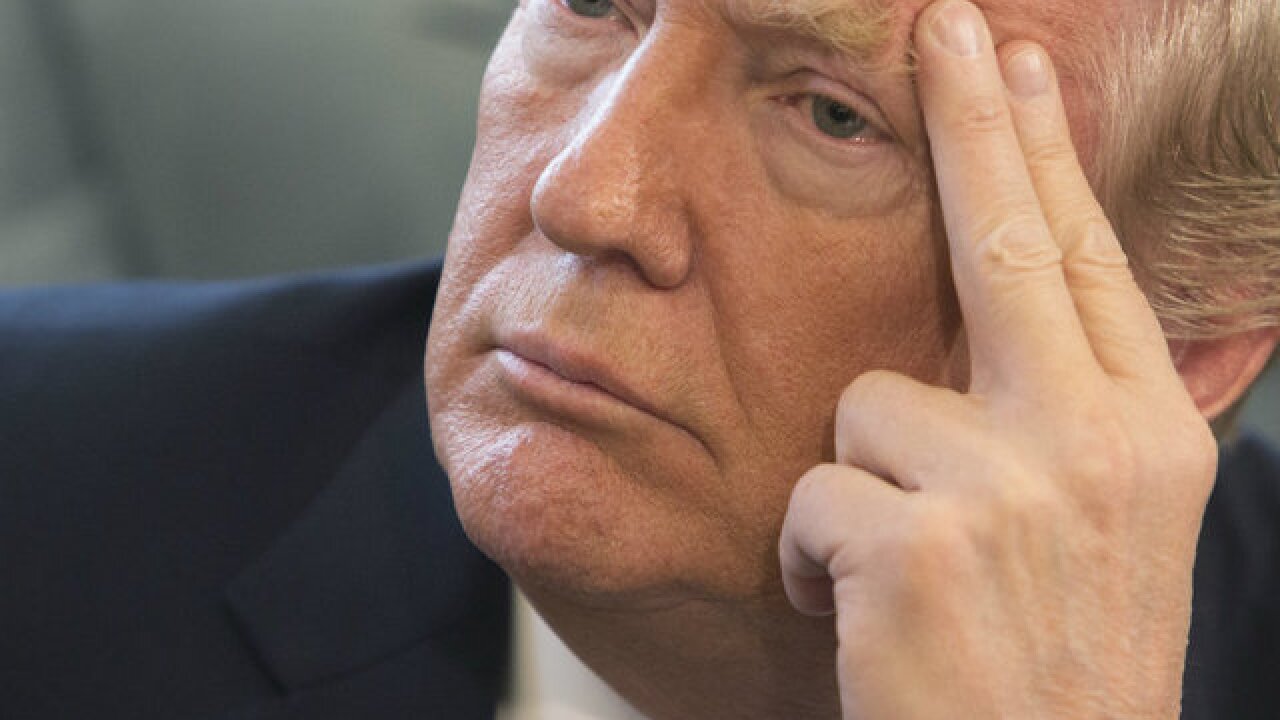 Early Thursday morning, the president tweeted: “California Governor Jerry Brown is doing the right thing and sending the National Guard to the Border. Thank you Jerry, good move for the safety of our Country!”

Brown said the troops being sent to the border won’t be used for immigration enforcement or “a mission to build a new wall”; they will instead be focused on stopping gangs, human trafficking and drug smugglers.

The Republican governors of three other border states have pledged about 1,600 National Guard troops to the border.

Trump clarifies previous tweet on potential Syria attack
-- One day after President Trump said missiles would “be coming” to Syria, he updated his statement, tweeting he never said when an attack would actually take place.

On Wednesday, Trump said: “Russia vows to shoot down any and all missiles fired at Syria. Get ready Russia, because they will be coming, nice and new and “smart!” You shouldn’t be partners with a Gas Killing Animal who kills his people and enjoys it!”

However, on Thursday morning, the president seemed to cloud the timing of a potential Syria airstrike.

“Never said when an attack on Syria would take place. Could be very soon or not so soon at all! In any event, the United States, under my Administration, has done a great job of ridding the region of ISIS. Where is our ‘Thank you America?’”

Jordan said, “If we're going to escalate this to a great degree, it seems to me you've got to have this debate in Congress. That's what the Constitution clearly spells out. Let's have that debate."

Trump slams New York Times over Mueller report
-- The president took aim at one of his frequent targets -- The New York Times -- for a report that stated he sought to fire Special Counsel Robert Mueller in December following reports Mueller was looking to obtain Trump’s financial records.

Trump tweeted Thursday morning: “If I wanted to fire Robert Mueller in December, as reported by the Failing New York Times, I would have fired him. Just more Fake News from a biased newspaper!”

The legality of firing Mueller has been a topic of conversation inside the White House since the indictments of Paul Manafort and Rick Gates last fall, a source told CNN.

On Tuesday, White House press secretary Sarah Sanders said that the president "certainly believes he has the power" to fire him.

DOJ gives Nunes access to document that launched FBI's Russia probe
-- House Intelligence Chairman Devin Nunes' dispute with Deputy Attorney General Rod Rosenstein and FBI Director Christopher Wray appeared to de-escalate Wednesday after Nunes was given access to the document that kicked off the FBI's investigation into the Trump campaign and Russia.

Nunes had been threatening to hold Rosenstein and Wray in contempt -- and to potentially impeach them -- if the Justice Department didn't cooperate with his committee amid stepped-up congressional Republican criticism of Rosenstein as President Donald Trump considers whether to fire him.

A DOJ official told CNN that Nunes and Republican Rep. Trey Gowdy of South Carolina went to the Justice Department on Wednesday to view the document, known as an electronic communication, which details the origination of the counterintelligence investigation into Trump's team and Russia that began in July 2016. The official said the document was no longer redacted, except for "narrowly tailored" redactions to protect the name of a foreign country and foreign agent that, if revealed, could undermine "the trust we have with this foreign nation."