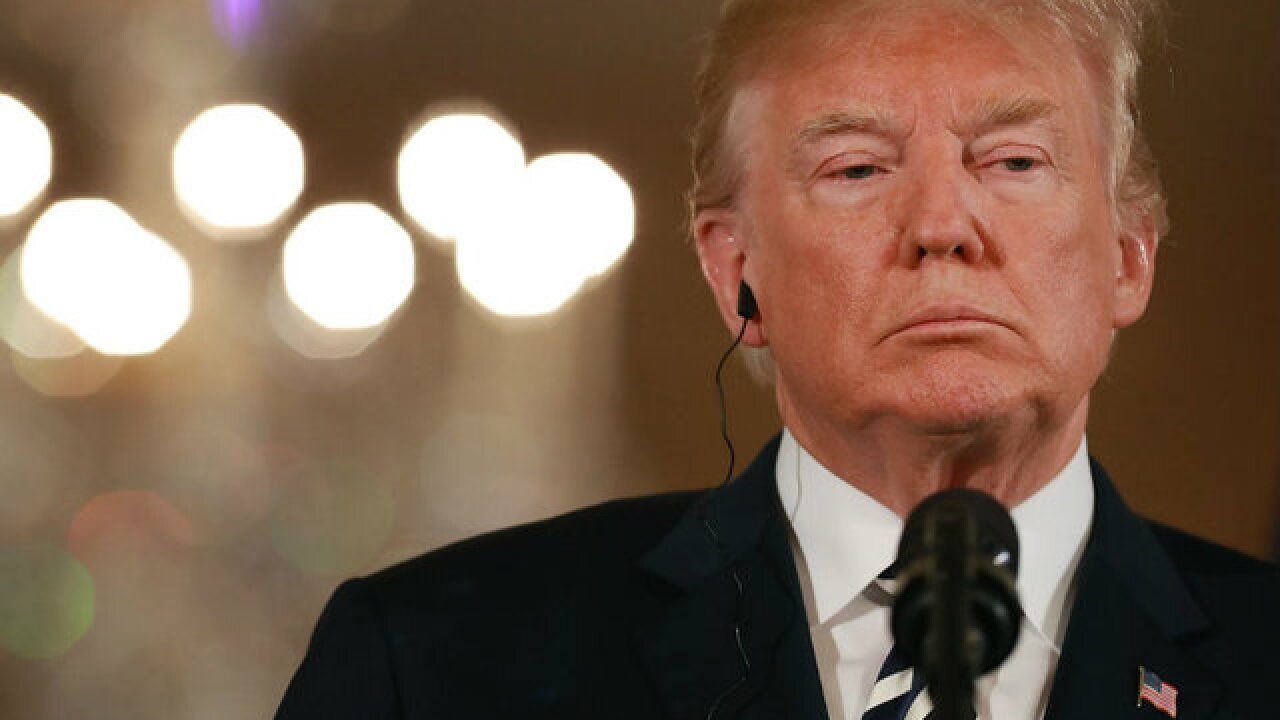 On Thursday morning, Trump spoke to the “Fox & Friends” show via telephone and criticized the probe being carried out by Special Counsel Robert Mueller.

Trump said of the investigation, “There is no collusion with me and Russia and everyone knows that … Because of the fact that they have this witch hunt going on with the people in the Justice Department that shouldn’t be there, I’ve taken the position that -- and I don’t have to take this position, and maybe I’ll change -- I will not be involved with the Justice Department. I will wait ‘til this is over; it’s all lies and it’s a horrible thing that’s going on.”

He added, “And yet I’ve accomplished, with all of this going on, more than any president in the first year in our history. Even the enemies and the haters admit that …”

The president’s comments on the Russia probe comes hours before a Senate panel is expected to vote on a bill that would protect Mueller’s job. The bill would give a fired special counsel a 10-day window in which he or she could challenge the dismissal.

“I have decided that I won’t be involved. I may change my mind at some point, because what’s going on is a disgrace,” the president told the hosts. “The only collusion is the collusion with the Democrats and the Russians.”

.@POTUS on @foxandfriends: “We have accomplished more than any president in the first year by far if you look at regulations and the big tax cuts." pic.twitter.com/A5KKr3SZuv

"He didn't write those memos accurately. He put a lot of phony stuff. For instance, I went to Russia for a day or so -- a day or two -- because I own the Miss Universe Pageant, so I went there to watch it," Trump said on "Fox & Friends."

Comey, who was fired by Trump in May 2017, wrote in memos that Trump told him on two occasions that he did not stay overnight in Moscow around the time of the Miss Universe pageant in 2013.

.@POTUS on @foxandfriends: “There’s no collusion with me and the Russians. Nobody’s been tougher to Russia than I am.” https://t.co/2gGJB2FofM pic.twitter.com/89qLDqmymY

Kanye West faces backlash for Trump support
-- Kanye West has always been a polarizing figure in the entertainment world, but his latest statements have caused an uproar among his fans and fellow celebrities.

On Wednesday, West took to Twitter and doubled down on his support of President Trump, which included posting a picture of himself wearing the red “Make America Great Again” hat made famous during the Trump presidential campaign.

West said: “You don't have to agree with Trump but the mob can't make me not love him. We are both dragon energy. He is my brother. I love everyone. I don't agree with everything anyone does. That's what makes us individuals. And we have the right to independent thought.”

West also tweeted that he also had love for Hillary Clinton: “If your friend jumps off the bridge you don't have to do the same. Ye being Ye is a fight for you to be you. For people In my life the idea of Trump is pretty much a 50 50 split but I don't tell a Hillary supporter not to support Hillary. I love Hillary too.”

Later, at the request of his wife Kim Kardashian West, the rapper further clarified his comments: “My wife just called me and she wanted me to make this clear to everyone. I don't agree with everything Trump does. I don't agree 100% with anyone but myself.”

West has been linked to U.S. presidents in the past. In 2005, during a telethon to raise money for Hurricane Katrina victims, he infamously declared that then-President George W. Bush “doesn’t care about black people.”

Years later, West was called a “jackass” by President Obama after the rapper’s on-stage run-in with singer Taylor Swift.

During his Wednesday tweetstorm, West criticized Obama, saying: “Obama was in office for eight years and nothing in Chicago changed.”

Far too many people don't have the luxury of closing their eyes and ears. They feel it in their lives and can't act like what they see and know doesn't exist.

I love that great, brilliant artists have the power to imagine a better future. But artists can't be blind to the truth.