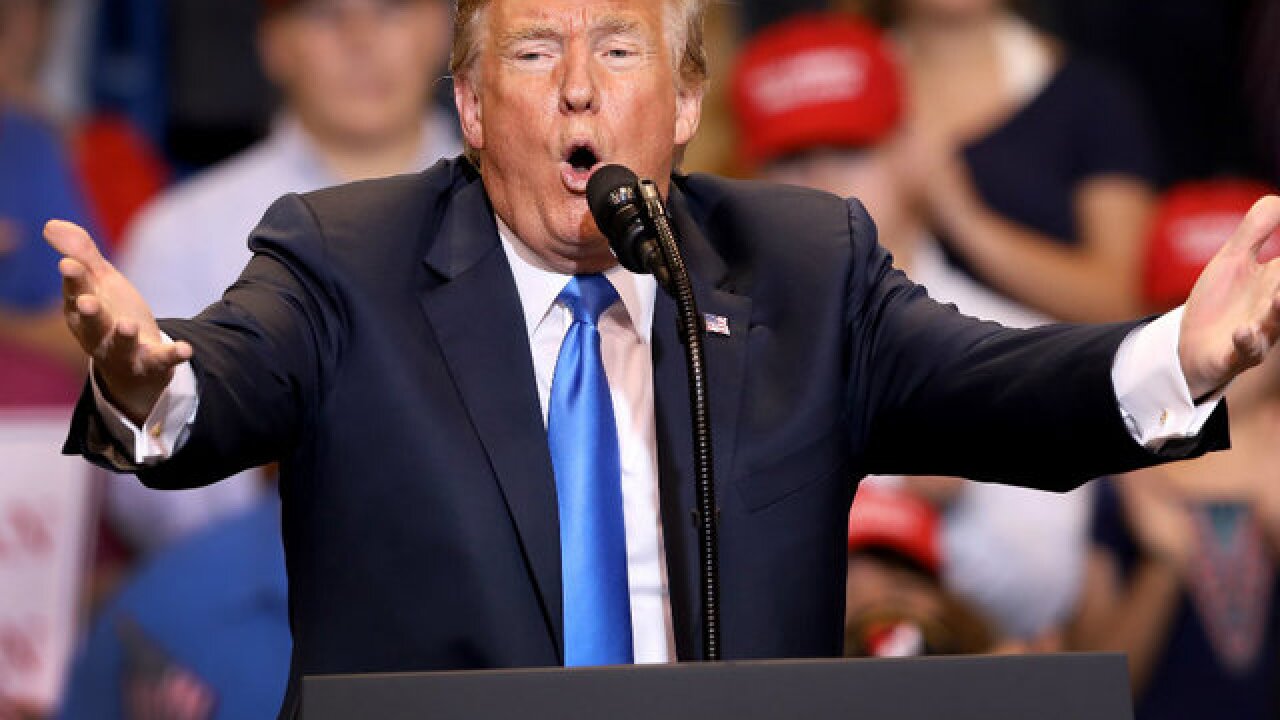 Copyright Getty Images
Rick Loomis
President Donald J. Trump singles out the media during his rally on August 2, 2018 at the Mohegan Sun Arena at Casey Plaza in Wilkes Barre, Pennsylvania.

At the event in Wilkes-Barre, Trump told the audience, “Whatever happened to fair press? Whatever happened to honest reporting? They don’t report it. They only make up stories, but they can make anything bad because they are the fake, fake, disgusting news … Only negative stories from the fakers back there.”

Trump said he believes the press refuses to give him credit for his accomplishments, including summits with North Korea’s Kim Jong Un and Russian President Vladimir Putin.

Earlier in the day, the president downplayed comments made by his daughter Ivanka, who said she doesn’t think of journalists as “the enemy of the people.”

"For 48 years -- since one of my heroes, then-Gov. Ronald Reagan, requested it -- California has had a waiver from the federal government to clean our own air," Schwarzenegger tweeted Thursday. "If the President thinks he can win this fight, he's out of his mind."

The administration also proposed a withdrawal of California's Clean Air Act pre-emption waiver. California and about a dozen states follow its rules account for about a third of all the passenger vehicles sold in the United States.

In his tweet, Schwarzenegger described the proposal as a "stupid, fake-conservative policy announcement that no one asked for."

Trump “would personally prefer” shutdown fight before midterms
-- President Trump said on Thursday that he would rather have a government shutdown fight over his immigration and border security demands before the midterm elections this November than afterward.

The President said "a lot of great Republicans" had pointed to the strength of the economy and did not want to "complicate" that as voters prepare to head to the polls in elections that will decide control of Congress.