DC Daily: Trump hits back at Republicans, tells them to start work on tax reform 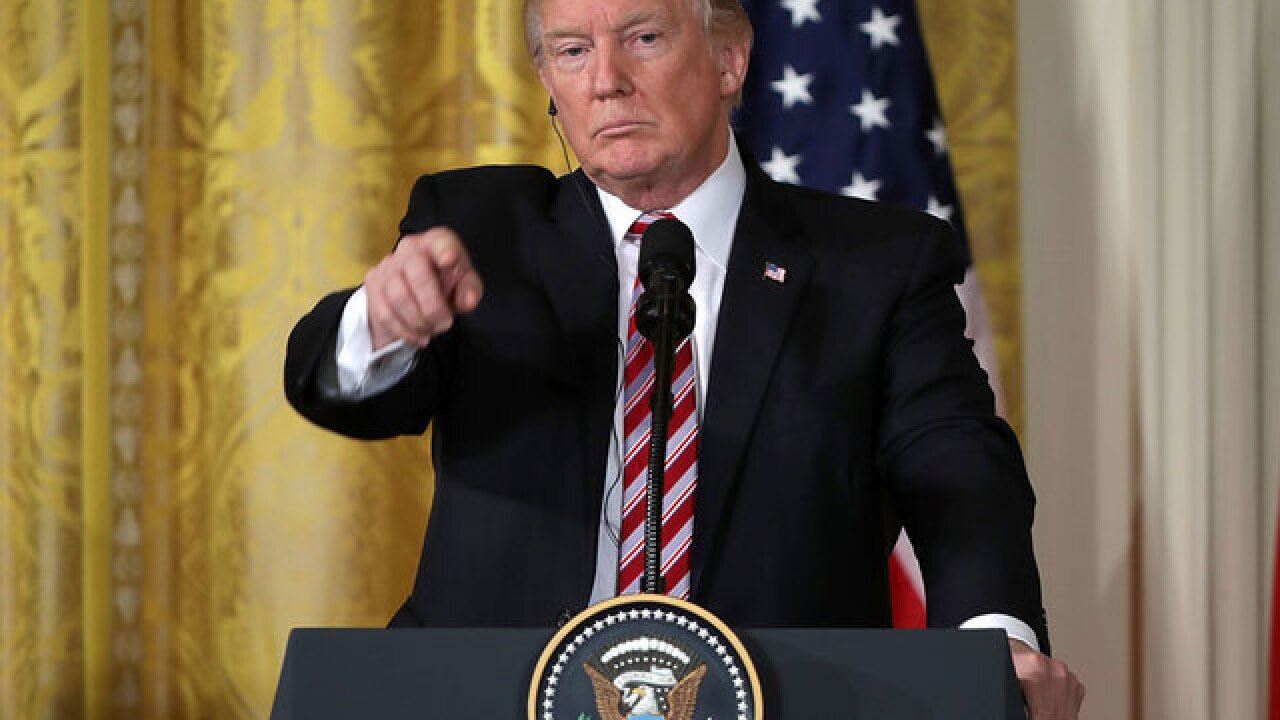 In two early morning tweets, the president blasted GOP lawmakers over the inability to pass a health care bill and expressed his frustration with the filibuster rule: "Republicans, sorry, but I've been hearing about Repeal & Replace for 7 years, didn't happen! Even worse, the Senate Filibuster Rule will.... ..never allow the Republicans to pass even great legislation. 8 Dems control - will rarely get 60 (vs. 51) votes. It is a Repub Death Wish!"

About 10 minutes later, Trump asked that Republicans in Congress begin work on a tax plan: "Republicans must start the Tax Reform/Tax Cut legislation ASAP. Don't wait until the end of September. Needed now more than ever. Hurry!"

Trump has been promoting his plans to overhaul the tax system, though so far he has provided few details, outlining only broad priorities. There is not yet any bill in Congress; under the legislative process, lawmakers must complete a budget first in order to come up with their Republican-only approach on taxes.

Trump's request to Republicans comes after he cut a deal with Democrats on debt ceiling legislation.

Trump's other morning tweets
-- The president spoke on the situation in the southeast United States and Hurricane Irma.

Hurricane Irma is of epic proportion, perhaps bigger than we have ever seen. Be safe and get out of its way,if possible. Federal G is ready!

Our incredible U.S. Coast Guard saved more than 15,000 lives last week with Harvey. Irma could be even tougher. We love our Coast Guard!

9th Circuit narrows scope of Trump travel ban
-- The 9th US Circuit Court of Appeals narrowed the scope of President Trump's travel ban Thursday, ruling that extended family members such as grandparents are exempt from the ban, as well as a certain class of refugees, while the legality of the ban is under review.

The ruling from a three-judge panel changes the status quo, as it allows a group of refugees with contractual commitments from resettlement organizations to come into the country. The ruling will take effect in five days, the appeals court specified.

The case stems from a Supreme Court order back in June. In that order, the justices allowed the travel ban to go into effect pending appeal -- which will be heard October 10 -- except as it applies to those individuals with a "bona fide" relationship with the United States.

Mueller wants to speak to White House staffers about Trump Tower meeting statement
-- Special Counsel Robert Mueller's team has approached the White House about interviewing staffers who were aboard Air Force One when the initial misleading statement about Donald Trump Jr.'s meeting with a Russian lawyer at Trump Tower was crafted, three sources familiar with the conversations said.

The special counsel's discussions with the White House are the latest indication that Mueller's investigators are interested in the response to the Trump Tower meeting. Mueller wants to know how the statement aboard Air Force One was put together, whether information was intentionally left out and who was involved, two of the sources said.

Mueller's questions could go to the issue of intent and possible efforts to conceal information during an obstruction of justice investigation. The answers to Mueller's questions also could illuminate the level of anxiety surrounding the meeting and the decision-making that followed.

The interviews with White House staffers who were aboard Air Force One have not begun, the sources said. They currently involve only a small number of people, but the sources cautioned that number could increase. At this time, Mueller has not asked to interview President Trump. Trump Jr. was on the Hill Thursday for an interview with the Senate Judiciary Committee.