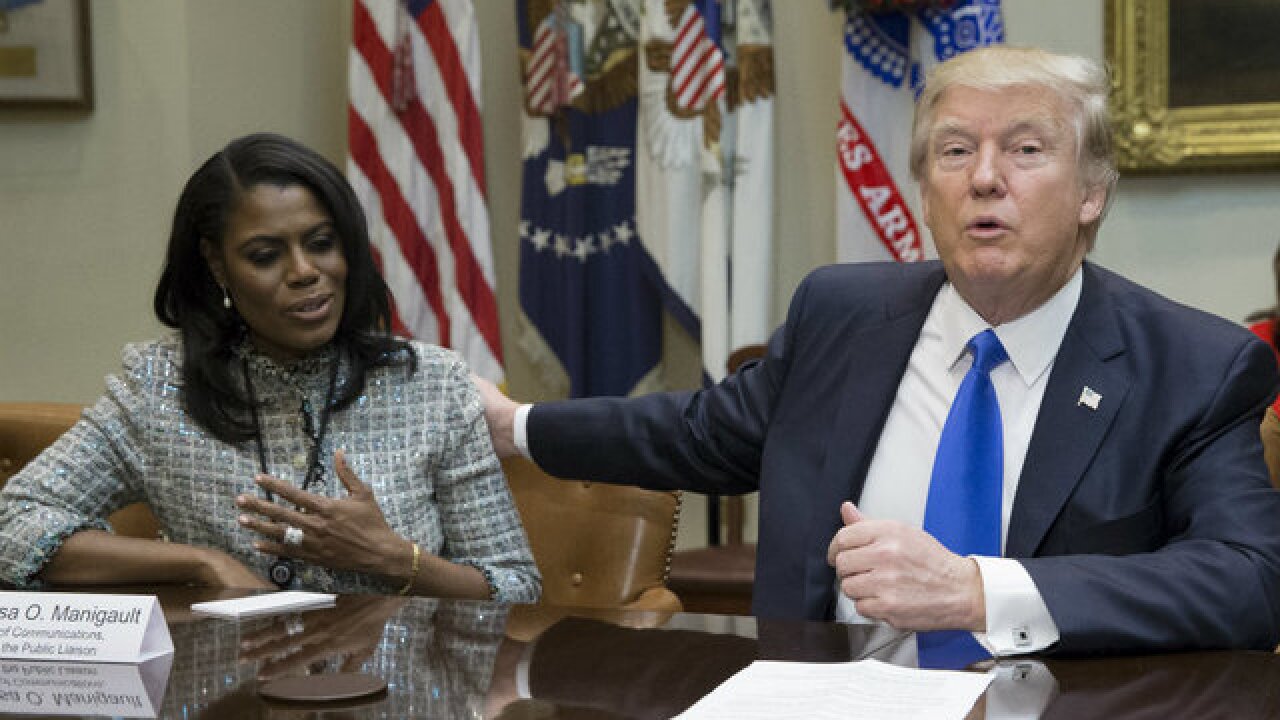 Copyright Getty Images
Michael Reynolds/Pool
President Donald Trump holds an African American History Month listening session attended by Director of Communications for the Office of Public Liaison Omarosa Manigault (L) and other officials in the Roosevelt Room of the White House on February 1, 2017 in Washington, DC.

The move is the first legal action the Trump campaign has taken since Manigault Newman published a tell-all book about her time as a Trump campaign adviser and senior White House official.

"Donald J. Trump for President, Inc. has filed an arbitration against Omarosa Manigault Newman, with the American Arbitration Association in New York City, for breach of her 2016 confidentiality agreement with the Trump Campaign," a Trump campaign official said in a statement to CNN.

Trump calls Omarosa a "dog" in latest attack on ex-aide
-- President Trump on Tuesday referred to former White House staffer Omarosa Manigault Newman, the only African-American to have served in a senior role in the White House, as a "dog."

"When you give a crazed, crying lowlife a break, and give her a job at the White House, I guess it just didn't work out. Good work by General Kelly for quickly firing that dog!" Trump tweeted Tuesday.

Referring to an African-American woman as an animal is at best a sharp departure from the language typically employed by Presidents and at worst a reference that traffics in sexual and racial imagery. Trump has long denied being racist and has dismissed a claim made by Manigault Newman that he used a racial slur on the set of "The Apprentice." He's also invoked "dog" to insult non-African-Americans -- including Mitt Romney and former White House chief strategist Steve Bannon.

As president, however, Trump has stoked racial tensions in the US, blaming "both sides" after violence sparked last year by a neo-Nazi rally in Charlottesville, Virginia. He also also privately referred some African nations as "s***hole countries" and lambasted the protests led overwhelmingly by black NFL players.

Pence is scheduled to arrive at the Cincinnati/Northern Kentucky International Airport around noon Eastern.

After his arrival, he will be at a Mike DeWine for Governor event to promote DeWine in his race against Richard Cordray.