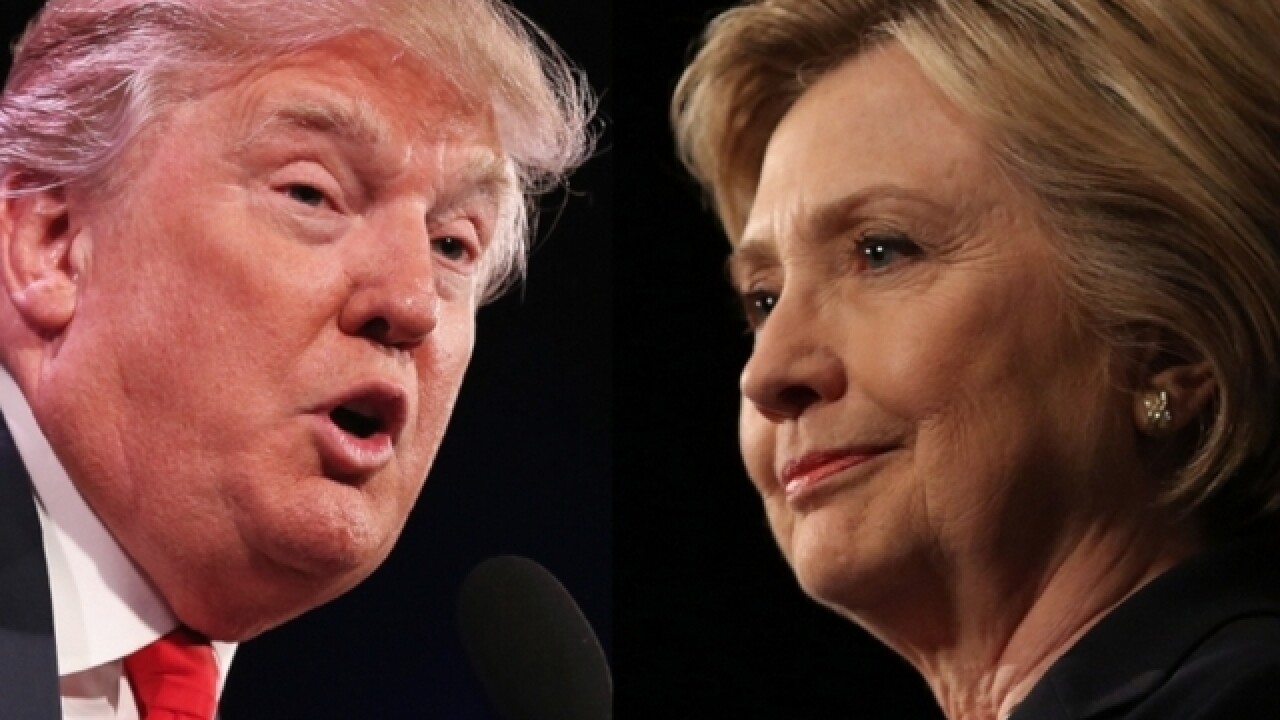 Clinton-Trump feud continues as book is released
-- Even after Donald Trump's 2016 election win and months into his presidency, the feud between Trump and campaign opponent Hillary Clinton continues to go strong.

Clinton has made the media rounds recently to promote the release of her memoir, "What Happened," which chronicles her failed White House run. In several interviews, she's admitted making mistakes during her campaign but has also taken opportunities to slam Trump.

In an interview with USA Today on the eve of the book's release, Clinton told the newspaper that she believes Trump's campaign staff members colluded with Russians during the course of the 2016 election.

The former First Lady told USA Today she's "convinced of it," and added, "I happen to believe in the rule of law and believe in evidence, so I'm not going to go off and make all kinds of outrageous claims. But if you look at what we've learned since (the election), it's pretty troubling."

In a tweet possibly in response to Clinton, the president said on Tuesday morning: "Fascinating to watch people writing books and major articles about me and yet they know nothing about me & have zero access. #FAKE NEWS!"

Hicks, a longtime aide to President Trump who was one of the first staffers to join Trump's 2016 campaign, became the interim communications director after Anthony Scaramucci, the colorful and controversial Trump aide, was ousted from the job in July.

Hicks' relationship with Trump began while she was working for Hiltzik Strategies, a New York public relations firm founded by Matthew Hiltzik, a longtime Hillary Clinton supporter. She went on to leave the firm to work for the Trump Organization on several projects, including Ivanka Trump's fashion line.

Trump admin appeals travel ban refugee ruling to Supreme Court
-- The Trump administration asked the Supreme Court on Monday to put on hold a federal appeals court ruling from last week that narrowed the scope of the travel ban as it applies to a certain class of refugees.

In a brief filed with the Supreme Court, Justice Department lawyers said that a three-judge panel from the 9th US Circuit Court of Appeals was wrong to exempt those refugees who have a contractual commitment from resettlement organizations.

In a one-sentence order issued Monday afternoon, Justice Anthony Kennedy -- who has jurisdiction over the 9th circuit -- granted the government a temporary stay until Tuesday in order to give the challengers time to respond to the government's petition.

The travel ban bars people from Iran, Libya, Somalia, Sudan, Syria and Yemen from entering the US.

DOJ says Arpaio case should be dismissed
-- With President Trump's pardon of former Maricopa County Sheriff Joe Arpaio, the Department of Justice says the case against him should be thrown out.

Arpaio was convicted of criminal contempt after his department ignored a court order to stop what a judge ruled were racial profiling practices.

Arpaio was supposed to be sentenced in October, but Trump pardoned him before that happened. That means Arpaio won't have a chance to appeal the case, and the guilty verdict still stands.

Now, the Justice Department says Arpaio's case should be dismissed as moot.