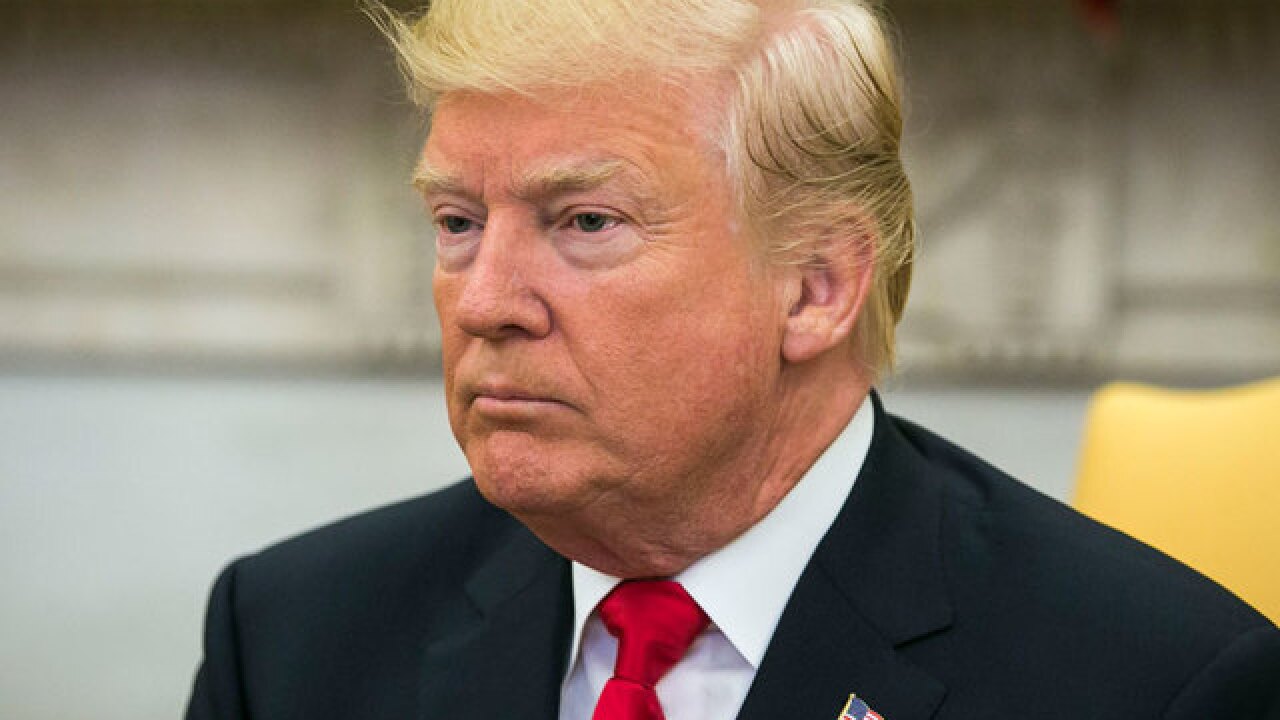 Flynn is the first Trump administration official and the fourth connected to the campaign to be charged as part of special counsel Robert Mueller's investigation into possible collusion between the Russian government and members of Trump's team, as well as potential obstruction of justice and financial crimes.

The White House declined to immediately comment, though a source who advises the administration on strategy said this was expected.

Trump blasts verdict in Steinle case
-- President Trump said the decision to acquit the undocumented immigrant in the 2015 shooting death of Kate Steinle a "disgraceful verdict."

Hours after the verdict was read on Thursday afternoon, Trump tweeted: "A disgraceful verdict in the Kate Steinle case! No wonder the people of our Country are so angry with Illegal Immigration."

The president's apparent displeasure carried over into Friday morning when he tweeted: "The Kate Steinle killer came back and back over the weakly protected Obama border, always committing crimes and being violent, and yet this info was not used in court. His exoneration is a complete travesty of justice. BUILD THE WALL!" and "The jury was not told the killer of Kate was a 7 time felon. The Schumer/Pelosi Democrats are so weak on Crime that they will pay a big price in the 2018 and 2020 Elections."

Trump's link to the Steinle case dates back to the 2016 presidential campaign, when he seized on the crime as part of his call for tougher immigration policies.

Jose Ines Garcia Zarate, 45, was found not guilty in Steinle's death in San Francisco. He was convicted of being a felon in possession of a firearm.

Garcia Zarate had been accused of shooting the 32-year-old Steinle as she and her father walked on Pier 14 in July 2015.

President says GOP tax bill "getting better and better"
-- As a crucial vote in the Senate nears, President Trump believes passing the tax reform bill is a "once in a generation chance."

The president tweeted: "Republicans Senators are working hard to pass the biggest Tax Cuts in the history of our Country. The Bill is getting better and better. This is a once in a generation chance. Obstructionist Dems trying to block because they think it is too good and will not be given the credit!"

Meanwhile, Senate Republicans are continuing to scramble to put together a bill good enough to vote on Friday.

Trump to donate part of his salary to combat opioid addiction
-- President Trump will donate his third-quarter salary to the Department of Health and Human Services' efforts to combat the opioid epidemic, the Trump administration said.

Trump's money will be used on a "large-scale public awareness campaign about the dangers of opioid addiction," Hargan said.