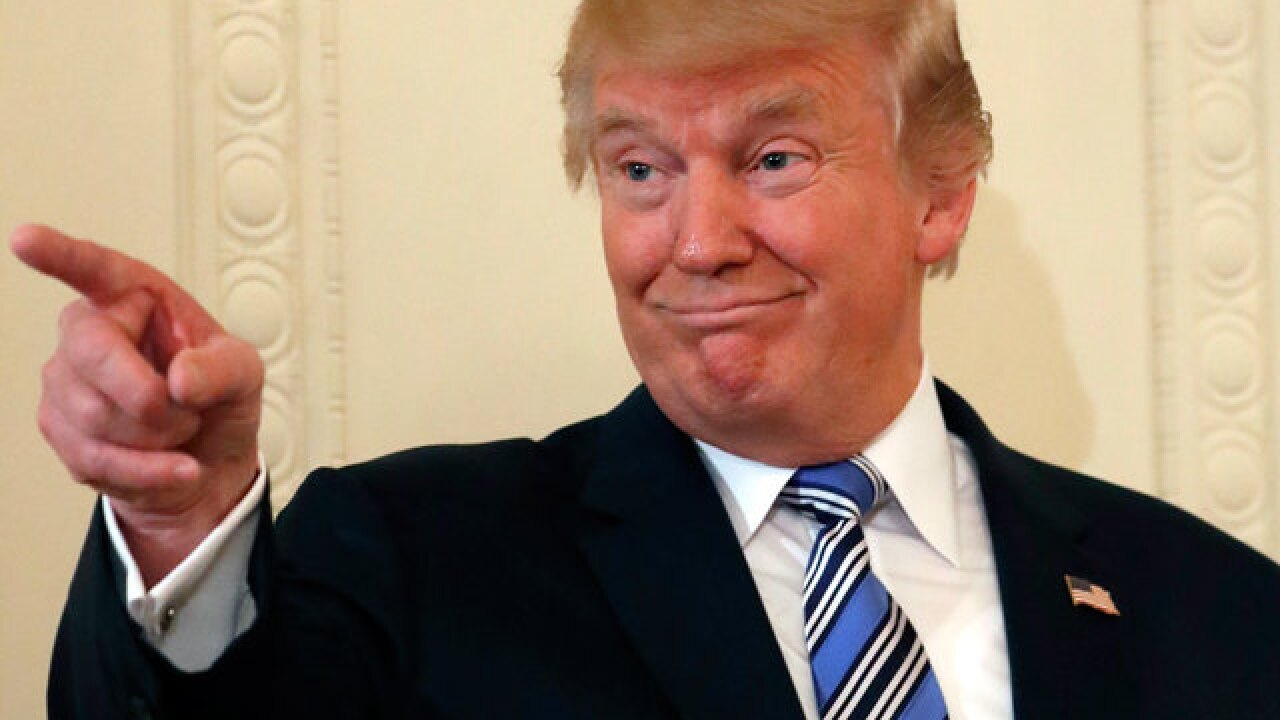 Trump lashes out in morning tweetstorm
-- President Trump unleashed a barrage of tweets Tuesday morning that touched on different topics and targets.

His first tweet of the day was aimed at the National Football League: "Why is the NFL getting massive tax breaks while at the same time disrespecting our Anthem, Flag and Country? Change tax law!"

According to the Associated Press, the league files tax returns as a taxable entity after giving up its federal tax-exempt status several years ago.

Trump then slammed Democrats for the inability to come up with new immigration legislation, saying: "The problem with agreeing to a policy on immigration is that the Democrats don't want secure borders, they don't care about safety for U.S.A."

The president touched on the ongoing health care issue with this tweet: "Since Congress can't get its act together on HealthCare, I will be using the power of the pen to give great HealthCare to many people - FAST"

Less than 15 minutes later, Trump switched gears and panned ESPN's ratings, blaming it on now-suspended anchor Jemele Hill. He tweeted: "With Jemele Hill at the mike, it is no wonder ESPN ratings have 'tanked,' in fact, tanked so badly it is the talk of the industry!"

Hill, who has been critical of Trump on social media, was suspended by the network for two weeks for violating the company's social media guidelines.

Trump then went back to a familiar foe, Sen. Bob Corker, saying: "The Failing @nytimes set Liddle' Bob Corker up by recording his conversation. Was made to sound a fool, and that's what I am dealing with!"

The president and the Tennessee Republican have clashed for several days, mostly on Twitter.

Trump meets with Sec. of State Tillerson after "moron" story
-- President Trump and Secretary of State Rex Tillerson met in the Oval Office on Friday and are meeting twice Tuesday as their public feud stemming from allegations Tillerson called Trump a "moron" continues.

A senior State Department official says Friday's meeting was last-minute and was related to the Middle East. The "moron" issue was not addressed, according to this official.

The lunch comes a week after NBC, CNN and other news outlets reported that Tillerson had referred to the president as a "moron" at the Pentagon this summer.

Trump, clearly scorned by reports of Tillerson's comments, told Forbes in an interview released Tuesday that he has a higher IQ than his secretary of state.

"I think it's fake news, but if he did that, I guess we'll have to compare IQ tests," Trump said. "And I can tell you who is going to win."