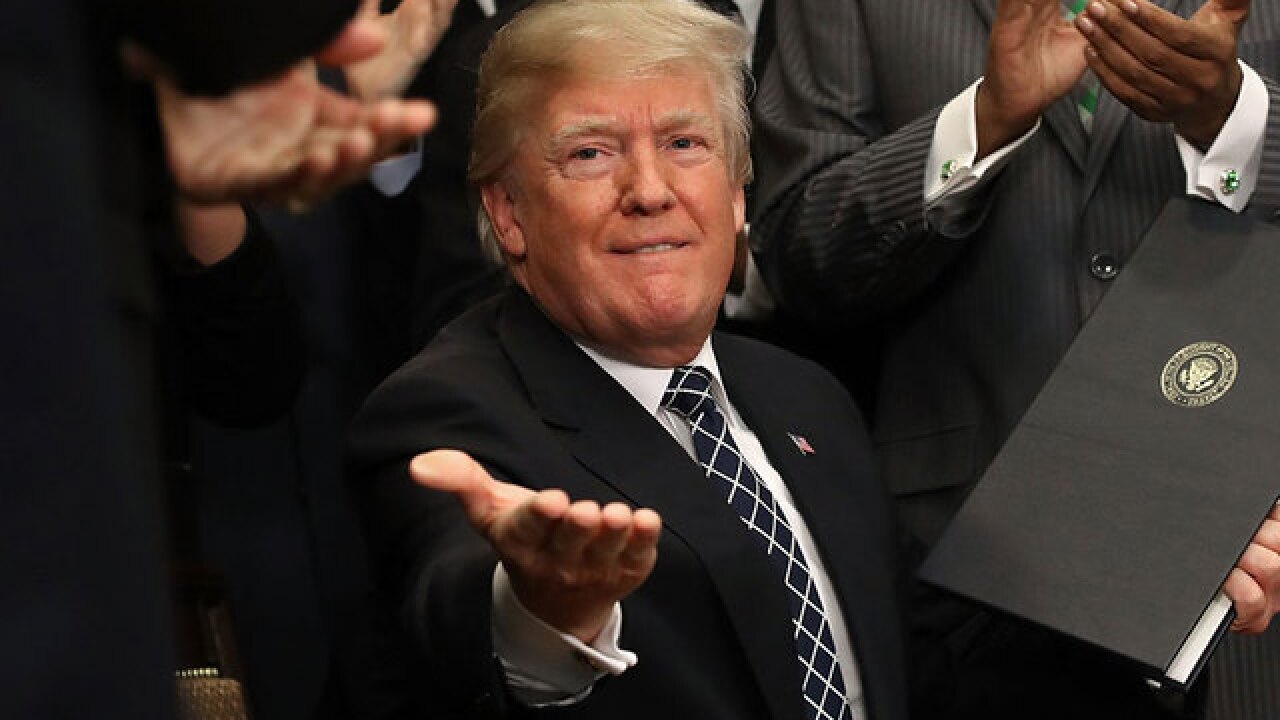 Trump again stresses need for improved border security
-- President Trump took to Twitter on Tuesday morning to blame Democrats for a looming government shutdown and to once again call for better security on the U.S.-Mexico border.

Trump said: "We must have Security at our VERY DANGEROUS SOUTHERN BORDER, and we must have a great WALL to help protect us, and to help stop the massive inflow of drugs pouring into our country!"

He then added: "The Democrats want to shut down the Government over Amnesty for all and Border Security. The biggest loser will be our rapidly rebuilding Military, at a time we need it more than ever. We need a merit based system of immigration, and we need it now! No more dangerous Lottery."

Trump's statements come as debate continues over the future of the Deferred Action on Childhood Arrivals (DACA) program. The president has said funding for border security and the proposed border wall will need to be part of any immigration deal specifically pertaining to DACA.

Trump's other morning tweets
-- The president weighed in on other topics on his Twitter timeline Tuesday morning:

Do you notice the Fake News Mainstream Media never likes covering the great and record setting economic news, but rather talks about anything negative or that can be turned into the negative. The Russian Collusion Hoax is dead, except as it pertains to the Dems. Public gets it!

“90% of Trump 2017 news coverage was negative” -and much of it contrived!@foxandfriends

Unemployment for Black Americans is the lowest ever recorded. Trump approval ratings with Black Americans has doubled. Thank you, and it will get even (much) better! @FoxNews

Bannon's appearance on Capitol Hill comes amid his comments on Trump and campaign staffers in Michael Wolff's recently released book "Fire and Fury."