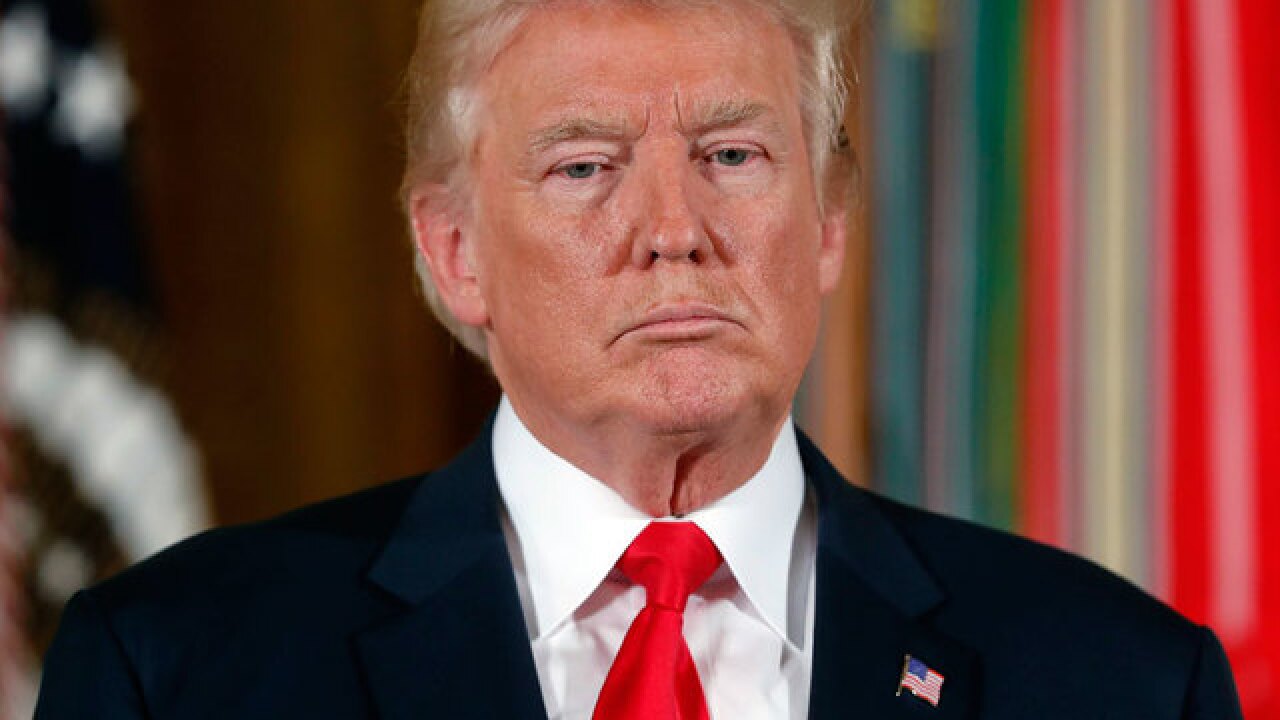 Copyright Associated Press
Pablo Martinez Monsivais
In this July 31, 2017, photo, President Donald Trump pauses during a ceremony in the East Room of the White House in Washington.

Transcript details Trump's first wall conversation with Pena Nieto
-- President Trump and Mexican President Enrique Pena Nieto engaged in a heated conversation over the construction of Trump's proposed border wall, according to a transcript published by The Washington Post.

In a transcript from the Jan. 27 phone call, Trump appeared to be agitated at Pena Nieto's public remarks that Mexico would not pay for the border wall.

Pena Nieto said, according to the transcript, "I have recognized the right of any government to protect its borders as it deems necessary and convenient. But my position has been and will continue to be very firm saying that Mexico cannot pay for that wall."

Trump, who pushed the construction of a border throughout his campaign, added, "I have to have Mexico pay for the wall -- I have to. I have been talking about it for a two-year period."

Trump heading to West Virginia for rally
-- After a campaign rally in Ohio last week, President Trump is hitting the road again to greet supporters in West Virginia.

The president is scheduled to be in Huntington at 7 p.m. Eastern time for a "Make America Great Again" rally at the Big Sandy Superstore Arena.

Trump blames current Russia relations on Congress
-- In a tweet Thursday morning, President Trump put the blame on the country's relationship with Russia on Congress.

Our relationship with Russia is at an all-time & very dangerous low. You can thank Congress, the same people that can't even give us HCare!

Trump signed new sanctions against Russia into law Wednesday, but he admitted he could have made a better deal.

Trump also did not agree with the part of the bill that limits his power to negotiate and prevents the president from rolling back sanctions without Congress' permission.

Russian leaders say their hopes of improving relations with the U.S. died when the president signed the bill, which also levies sanctions against Iran and North Korea.

Scaramucci said this daytime event -- which will be broadcast on various live platforms with help from former Fox News co-president Bill Shine -- will give him the opportunity to reach and communicate with the president's base.

Scaramucci said he believes his story is being misconstrued, however, and said had he known he was speaking on the record he would have not spoken in such a vulgar manner on behalf of the president.

Scaramucci told CNN he believes he was the target of both parties, and that the media has painted him as a loose cannon.