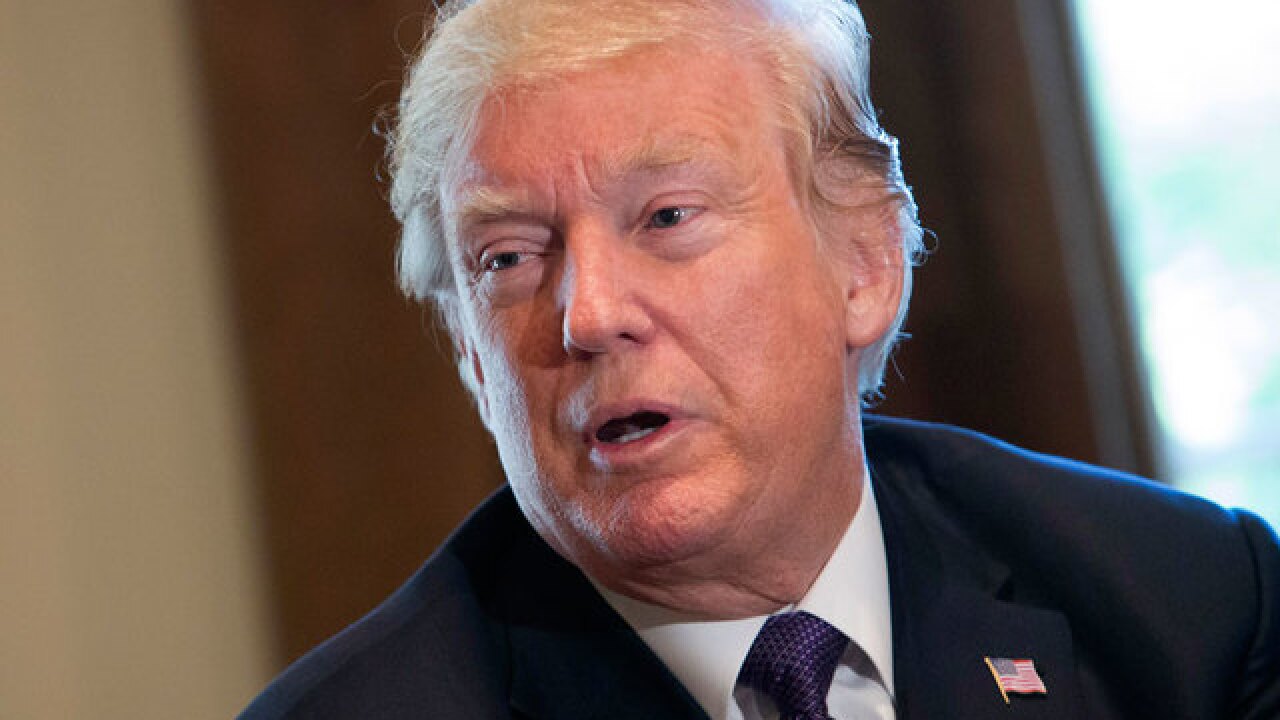 Copyright Getty Images
Chris Kleponis/Pool
President Donald Trump speaks during a meeting with members of the Senate Finance Committee and his economic team October 18, 2017 at the White House in Washington, D.C.

Trump speaks on conversation with fallen soldier's wife
-- In a Monday morning interview with ABC's "Good Morning America," Myeshia Johnson said she was disappointed with her call with President Trump regarding the death of her husband, Sgt. La David Johnson, but Trump disputed her account of the conversation.

Following the interview, Trump tweeted: "I had a very respectful conversation with the widow of Sgt. La David Johnson, and spoke his name from beginning, without hesitation!"

Johnson told GMA that Trump stumbled on her husband's name, and she suggested the only reason he knew it was because the report was right in front of him.

"(The call) made me cry because I was very angry at the tone of his voice," Johnson said.

Democratic Rep. Fredrica Wilson, a friend of the family, claimed the president said Sgt. Johnson "knew what he signed up for, but I guess it still hurt."

The family member who raised Johnson has called Wilson's account of the call "very accurate" and the White House has not refuted that Trump spoke those words.

McCain appears to criticize Trump without saying his name
-- Sen. John McCain, in an interview about the Vietnam War, appeared to take a swipe at President Trump when he criticized people from "the highest income level" who avoided the draft by finding a doctor who "would say that they had a bone spur."

Trump, who attended the private New York Military Academy as a young man, received five military draft deferments during the Vietnam War, including one medical deferment after he was diagnosed with bone spurs in his foot.

"One aspect of the conflict, by the way, that I will never ever countenance is that we drafted the lowest income level of America and the highest income level found a doctor that would say they had a bone spur," McCain told C-SPAN3, American History TV, in an interview about the Vietnam War. "That is wrong. That is wrong. If we are going to ask every American to serve, every American should serve."

McCain never mentioned Trump by name when making his statements.

Trump took to Twitter early Monday morning and said: "There will be NO change to your 401(k). This has always been a great and popular middle class tax break that works, and it stays!"

Republicans have been discussing sharp reductions in the amount of money that could be invested tax-free in the popular retirement accounts, according to reports over the weekend in numerous news outlets. Among those working on tax reform, the 401(k) deduction has been part of those discussions for months.