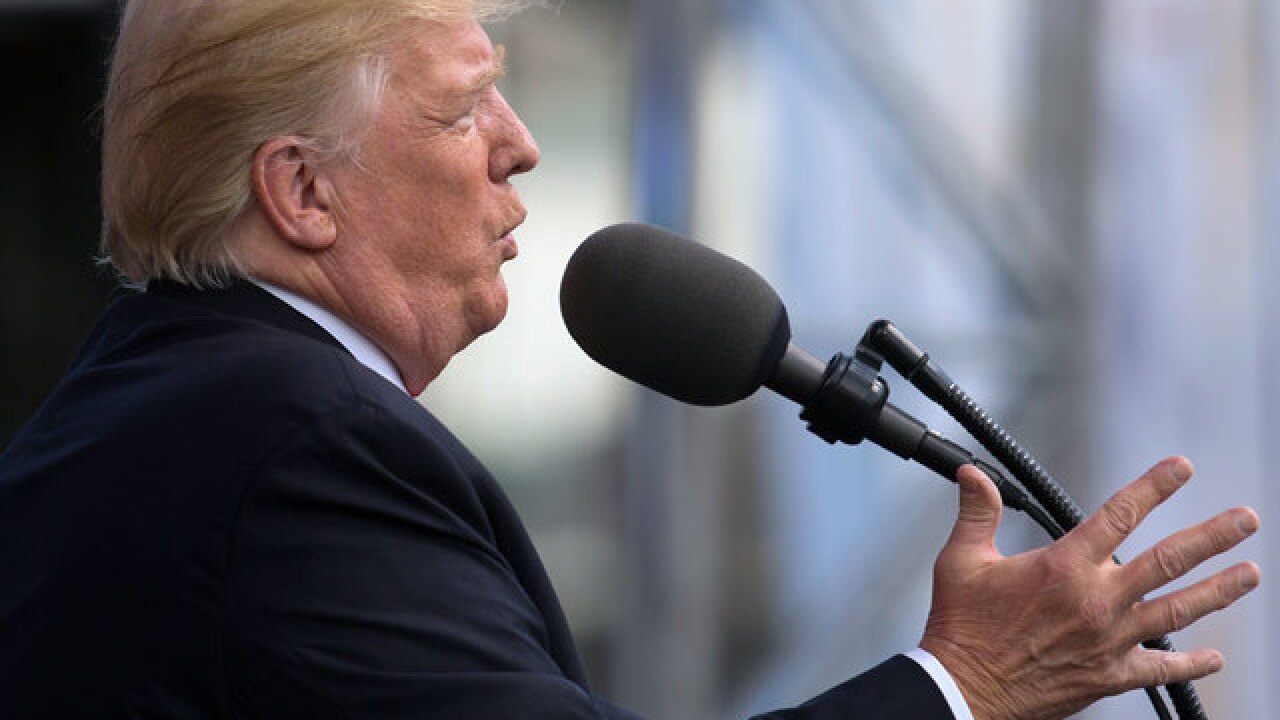 "Big day" for health care
-- The Senate is set to vote on a plan to move forward with the repeal of Obamacare, and the president said he is ready with "pen in hand."

President Trump referred to Tuesday's vote as a "Big day for HealthCare. After 7 years of talking, we will soon see whether or not Republicans are willing to step up to the plate!"

He added: "ObamaCare is torturing the American People.The Democrats have fooled the people long enough. Repeal or Repeal & Replace! I have pen in hand" and "This will be a very interesting day for HealthCare.The Dems are obstructionists but the Republicans can have a great victory for the people!"

Sen. John McCain is expected to be back in Washington, D.C., for Tuesday's vote. He has been in Arizona since his brain cancer diagnosis.

Trump tweeted on McCain's return: "So great that John McCain is coming back to vote. Brave - American hero! Thank you John."

McCain's appearance, however, does not guarantee that Republicans will have enough support to pass the bill -- they can only afford two "no" votes.

On Tuesday morning, Trump called out Sessions with this tweet: "Ukrainian efforts to sabotage Trump campaign – 'quietly working to boost Clinton.' So where is the investigation A.G. @seanhannity"

The president's sharp criticism of his attorney general comes just one day after Trump referred to Sessions as "beleaguered" in a tweet over the ongoing Russia investigation.

"So why aren't the Committees and investigators, and of course our beleaguered A.G., looking into Crooked Hillarys crimes & Russia relations?" Trump tweeted on Monday.

In an interview with The New York Time last week, Trump expressed his disappointment with Sessions for recusing himself from the Russia probe.

According to an Associated Press report, the president has looked into the possibility of firing Sessions .

Trump jokingly says young son could be next in Russia probe
-- "Next up, 11 year old Barron Trump!"

President Trump praised his son-in-law/adviser Jared Kushner for "proving he did not collude with the Russians" in a tweet Tuesday, but he also joked about the ongoing investigation by suggesting his 11-year-old son Barron would be next person to be interviewed by investigators.

Trump's tweet: "Jared Kushner did very well yesterday in proving he did not collude with the Russians. Witch Hunt. Next up, 11 year old Barron Trump!"

Kushner testified before the Senate Intelligence Committee Monday in a closed-door setting. Following his testimony, Kushner reiterated his statement that he did not collude with Russia.

Kushner is scheduled to testify before the House Intelligence Committee on Tuesday in another closed-door meeting.