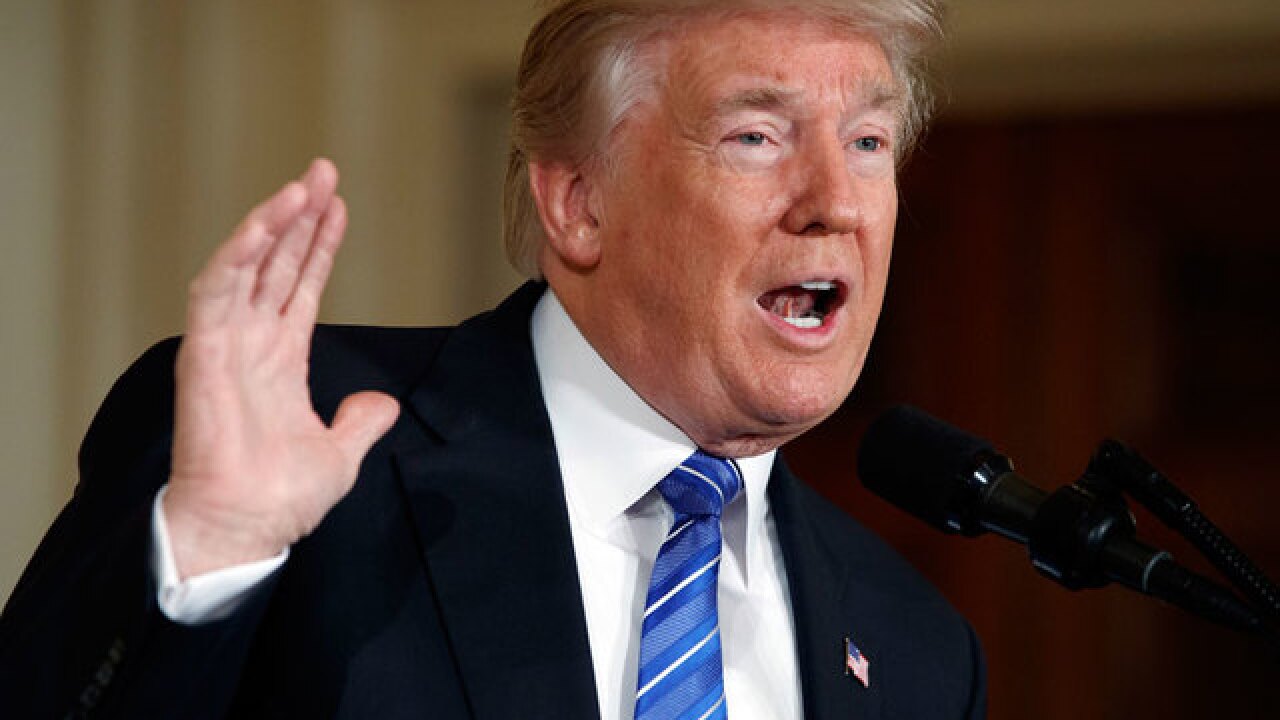 While the show was on the air, Trump tweeted about hosts Joe Scarborough and Mika Brzezinski:

...to Mar-a-Lago 3 nights in a row around New Year's Eve, and insisted on joining me. She was bleeding badly from a face-lift. I said no!

In an apparent rebuttal, Brzezinski tweeted an image:

First Lady Melania Trump stood by her husband's critical tweets, and her communications director Stephanie Grisham told CNN in a statement: "As the First Lady has stated publicly in the past, when her husband gets attacked, he will punch back 10 times harder."

Melania Trump has previously said that as First Lady she wants to focus on the problem of cyberbullying.

The president did not elaborate further.

Trump's remarks come as Senate Republicans continue work to revise their bill after a first draft could not garner enough votes to pass. Earlier this week, Senate GOP leaders decided to delay a vote on the bill until after the July 4 recess.

This version of the president's travel ban goes into effect at 5 p.m. Pacific time.

The travel ban applies to those from Libya, Syria, Iran, Somalia, Yemen and Sudan. Citizens from those countries who do not have a "credible claim of a bona fide relationship" with a U.S. school or employer, or a relative in the U.S., will not be allowed to enter the country for 90 days.

Refugees from those six countries will be banned for 120 days.