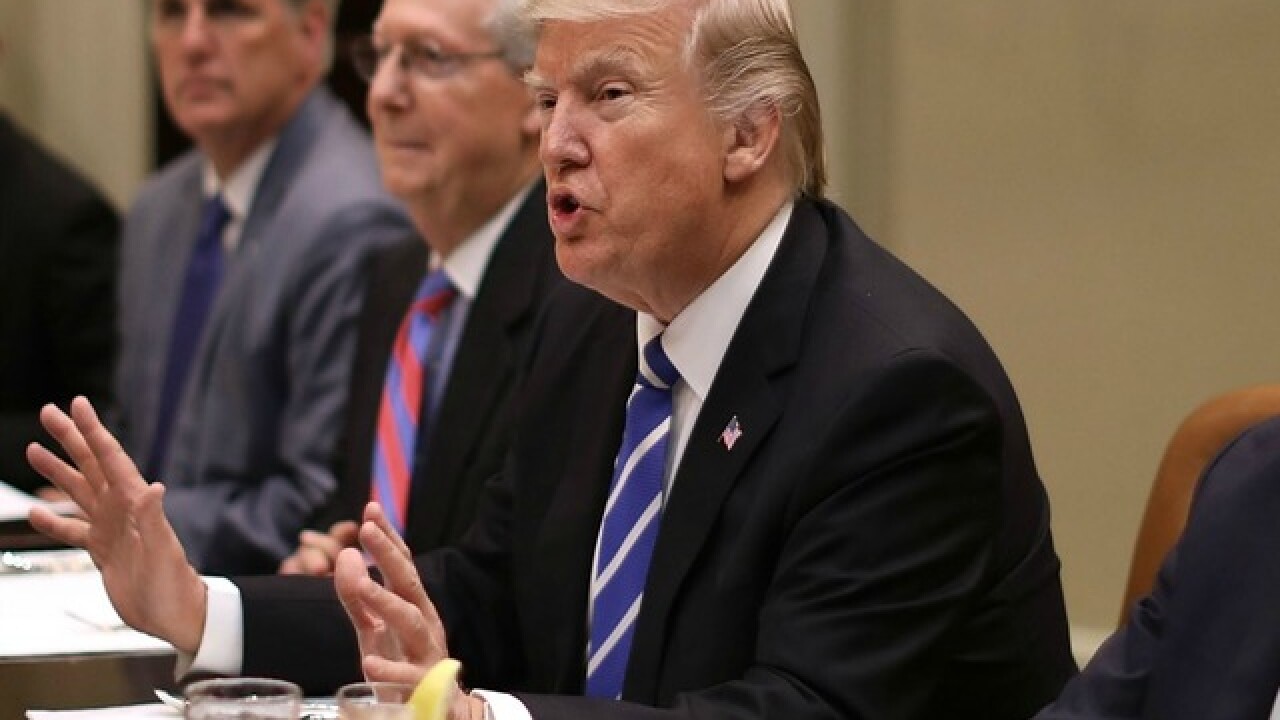 President Donald Trump started his Thursday morning with this tweet:

Since November 8th, Election Day, the Stock Market has posted $3.2 trillion in GAINS and consumer confidence is at a 15 year high. Jobs!

President talks up military aboard Navy carrier
-- From abord the USS Gerald Ford, President Trump promoted his plans to build up the nation's military in a speech in Virginia Thursday morning.

A draft budget plan released earlier this week by the White House would add $54 billion to the Pentagon's projected budget, a 10 percent increase.

"To keep America safe, we must provide the men and women of the United States military with the tools they need to prevent war — if they must — they have to fight and they only have to win," Trump said in his address to Congress on Tuesday night.

The USS Gerald R. Ford, located at Newport News Shipbuilding, will be the first of the Navy's next generation of aircraft carriers and is expected to accommodate some 2,600 sailors.

Sessions told NBC News on Thursday morning that he would recuse himself in investigating any potential ties between Donald Trump's campaign and Russian officials. Sessions said he would do so "whenever it's appropriate."

The president said Thursday that he had "total" confidence in Sessions, and when asked if Sessions should recuse himself, Trump said, "I don't think so."

Carson confirmed as HUD Secretary
-- President Trump's one-time presidential race opponent Ben Carson was confirmed Thursday by the Senate as the next secretary of Housing and Urban Development.

This is the third time over the last few years that Mr. @tomhanks has sent a brand new espresso machine to the White House press corps pic.twitter.com/TRkSKBwlYe