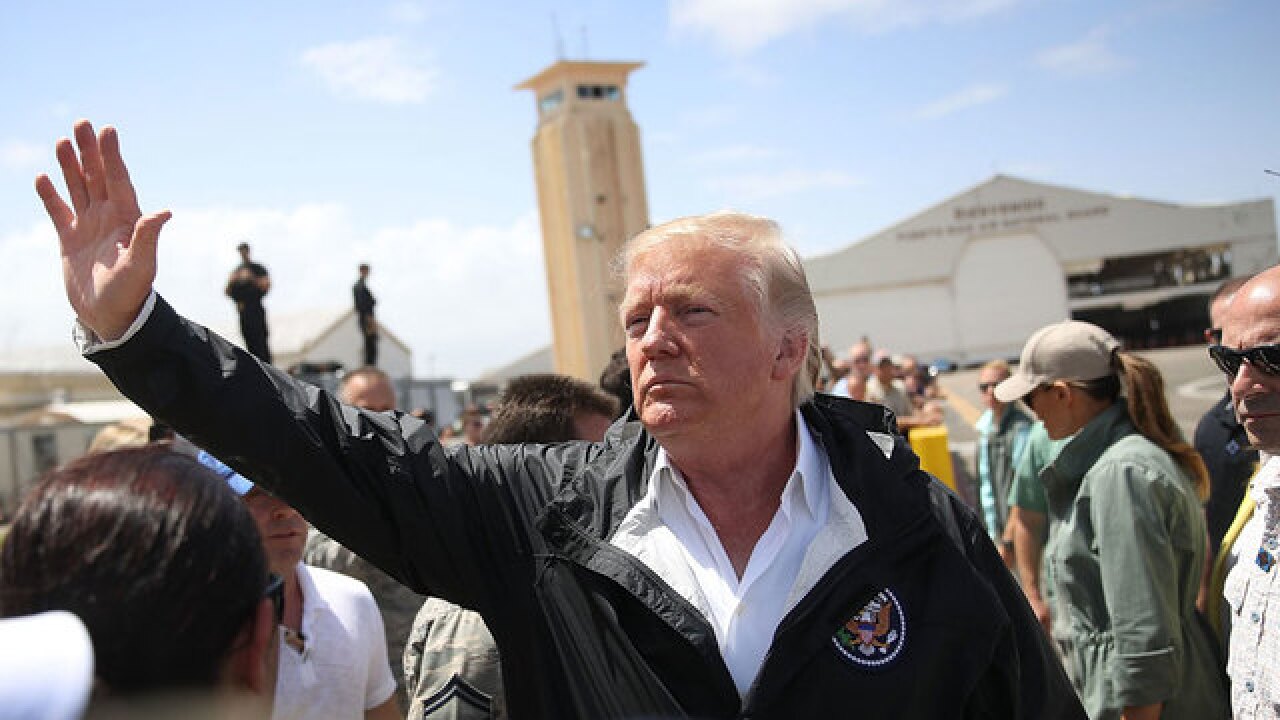 Copyright Getty Images
Joe Raedle
President Donald Trump waves as he arrives at the Muniz Air National Guard Base for a visit after Hurricane Maria hit the island on October 3, 2017 in Carolina, Puerto Rico. 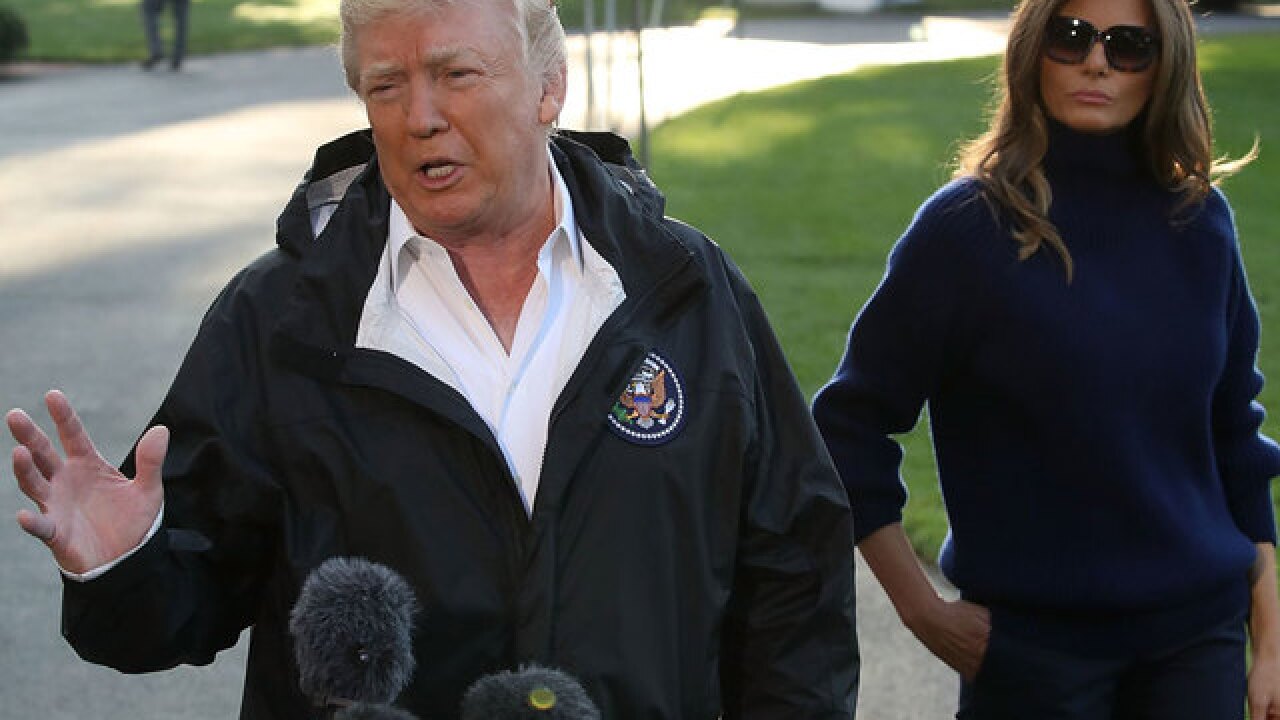 Trump huddled with local and federal officials and praised his administration's response to the hurricane that devastated the island.

Still, Trump noted that the devastation in Puerto Rico has "thrown our budget a little out of whack," though he said that was "fine."

"I hate to tell you Puerto Rico, but you've thrown our budget a little out of whack," Trump said. "But that's fine."

At one point, Trump remarked on the 16-person death toll, which he touted as low compared to how many could have died.

Trump said officials can "be very proud of what's taken place," immediately after remarking on the death toll.

President Trump: “I hate to tell you, Puerto Rico, but you’ve thrown our budget a little out of whack” https://t.co/nDSnQPbfdq (fixes typo)

I am so proud of our great Country. God bless America!

Enacted in 1997, the Children's Health Insurance Program (CHIP) is a joint federal- and state-funded program that provides low-cost health coverage for kids who aren't eligible for Medicaid.

Records show an estimated 8.9 million children were enrolled in CHIP for the 2016 fiscal year, with the program spending $15.6 billion that year; the federal government paid for most of that.

Lawmakers had until Sept. 30 to reauthorize CHIP. But leading up to that date, the Republican-led Congress was heavily focused on its latest unsuccessful attempt to repeal and replace Obamacare.

If Congress doesn't reauthorize the program, millions of children could eventually lose their current health insurance.