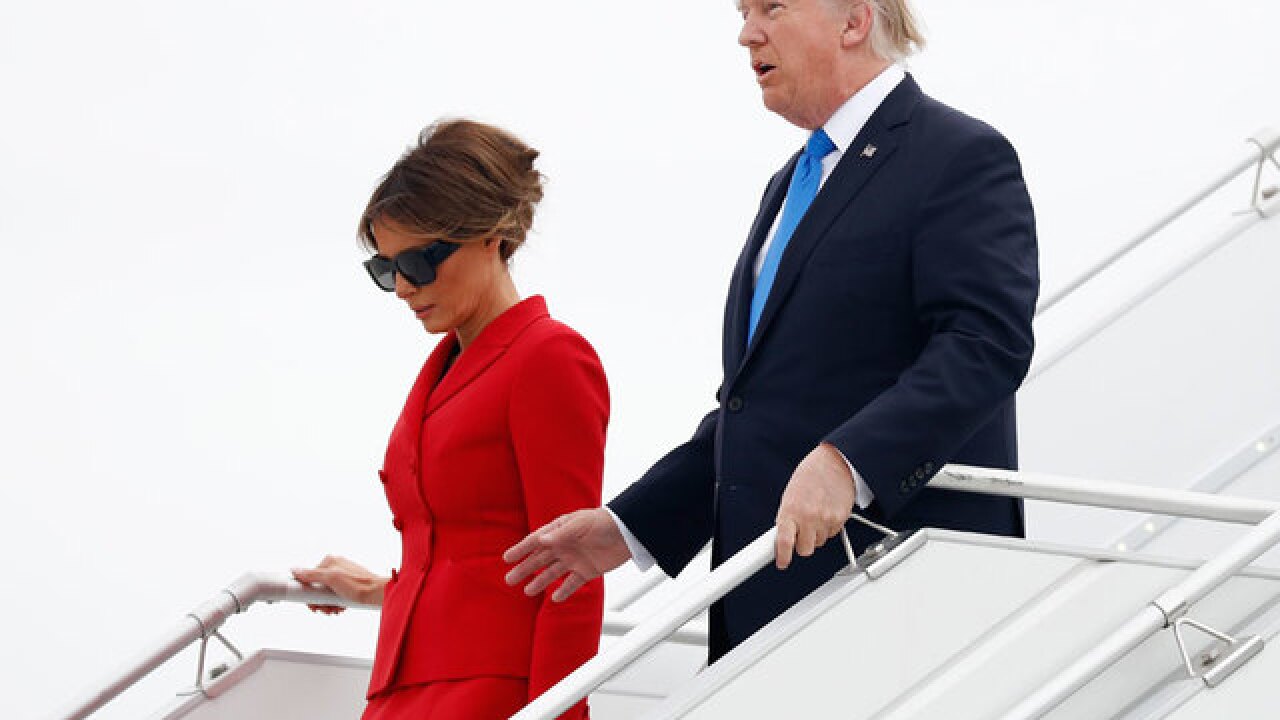 Trump in Europe for second time in a week
-- President Trump arrived in Paris Thursday, where he will be the guest of honor for Bastille Day and also meet with French President Emmanuel Macron to discuss topics such as counterterrorism and defense.

Melania and I were thrilled to join the dedicated men and women of the @USEmbassyFrance , members of the U.S. Military and their families. pic.twitter.com/ZSdsJ0Bsbl

Trump will tour Napoleon's tomb at the Les Invalides before sitting down for extended security talks with Macron at the Élysée Palace. The pair will then take questions from reporters in the evening, and dine with their wives in a Michelin-starred restaurant on the second landing of the Eiffel Tower.

Bastille Day (July 14) commemorates the 1789 capture of the Bastille, which housed King Louis XVI's prisoners. It is viewed as a key moment in the French Revolution.

Since 2017 marks 100 years since the U.S. officially entered World War I, France has made the U.S. its national guest of honor.

White House responds to impeachment effort
-- White House officials are calling the filing of an article of impeachment against President Trump "ridiculous" and a "political game at its worst."

On Wednesday, Democratic Rep. Brad Sherman launched the impeachment effort, accusing Trump of using his power to obstruct and end the Russia investigation.

The California congressman did acknowledge that filing the article is "the first step on a very long road."

U.S. hits refugee admissions quota for the year
-- The Trump administration reached its self-imposed quota on refugee admissions for the 2017 fiscal year this week, according to State Department data posted online, and will dramatically reduce admissions going forward.

The quota of 50,000 was initially set by President Trump as part of his travel ban executive order in January, but was shelved for several months as the legality of the order was contested in the U.S. court system.

Last month, when the Supreme Court upheld elements of the ban, the quota was reinstated.

However, the administration modified its policy to reflect the court's ruling, which stated that individuals with a "bona fide relationship with any person or entity in the United States" should be allowed entry into the country.

A State Department spokesperson confirmed that the US had reached the 50,000 cap and stated that "beginning July 13, only those individuals who have a credible claim to a bona fide relationship with a person or entity in the United States will be eligible for admission through the US Refugee Admissions Program."

The administration's quota covers the current fiscal year, which began on October 1, 2016, and ends on September 29.