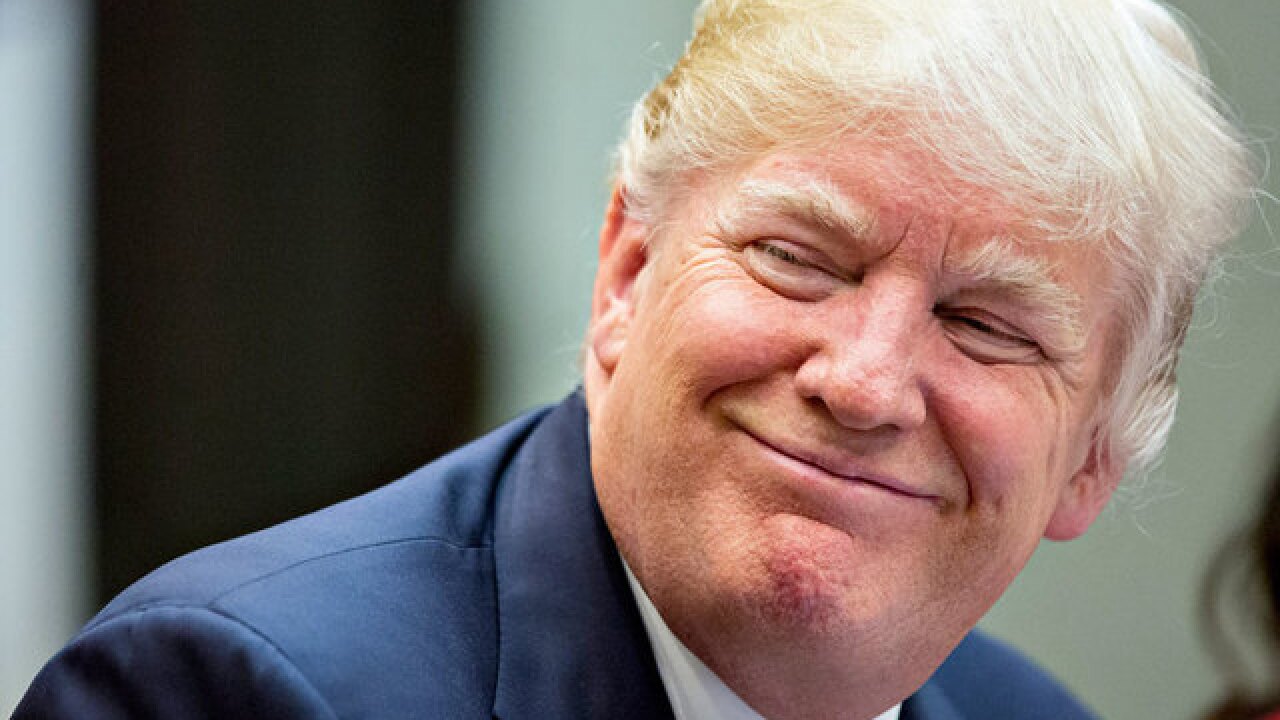 Copyright Getty Images
Andrew Harrer
President Donald Trump smiles while meeting with women small business owners in the Roosevelt Room of the White House on March 27, 2017 in Washington, D.C. Investors on Monday further unwound trades initiated in November resting on the idea that the election of Trump and a Republican Congress meant smooth passage of an agenda that featured business-friendly tax cuts and regulatory changes.

What's going on in the political world:

A White House official told CNN the administration believes the order will serve "the environment and increase energy independence at the same time," while encouraging the Environmental Protection Agency to focus on clean air and clean water, and protecting American jobs.

The failing @NYTimes would do much better if they were honest! https://t.co/ATy8R3knS2

Big announcement by Ford today. Major investment to be made in three Michigan plants. Car companies coming back to U.S. JOBS! JOBS! JOBS!

A couple of hours after the president's tweet, Ford officials issued a press release to announce additional jobs and a $1.2 billion investment in three of its plants in Michigan.

In a CNN.com report, a White House official said: "It is an issue that deserves attention. But I think the president has been very clear that he is not going to pursue climate change policies that put the US economy at risk. It is very simple."

Trump made building a border along the entire U.S. southern border a centerpiece of his presidential campaign, and repeatedly pledged Mexico would pay for it, but the initial ask for funds to start building has been modest. The administration requested $1 billion in its supplemental for 2017, and another $2.6 billion for border infrastructure and technology in 2018.

Sanctuary cities under pressure from federal government
-- Attorney General Jeff Sessions said U.S. cities that are considered "sanctuary cities" face the possibility of being cut off from federal funding if they do not comply with federal immigration laws.

On Monday, Sessions reiterated that cities and states hoping to receive federal funds or grants must comply with federal law requiring local authorities to share citizenship or immigrant status of individuals to the Immigration and Naturalization Service if requested. The attorney general did not specify which cities or which funds the department may claw back as it has threatened.