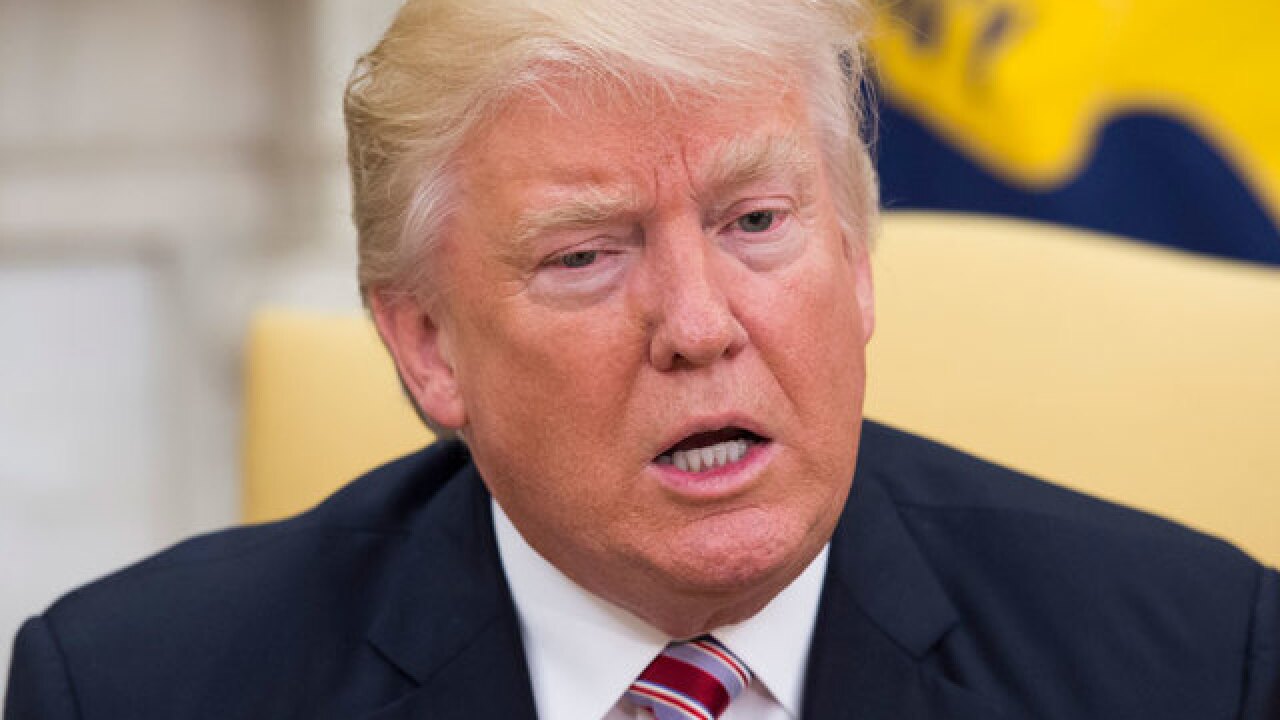 Copyright Getty Images
Molly Riley/Pool
President Donald Trump meets with former Secretary of State Henry Kissinger in the Oval Office at the White House on May 10, 2017 in Washington, D.C.

James Comey better hope that there are no "tapes" of our conversations before he starts leaking to the press!

Trump said Friday in an interview with Fox News that he can't -- and won't -- talk about any possible tape recordings.  White House press secretary Sean Spicer also declined to discuss any recordings during a press briefing.

Trump's tweet comes after a week of multiple contradictions by his top aides and advisers, including Vice President Mike Pence, who tried to explain how and why the president decided to sack Comey. Thursday night, Trump told NBC News he was going to fire Comey with or without Deputy Attorney General Rod Rosenstein's memo criticizing the director.

On his show Thursday night, Colbert said, "The president of the United States has personally come after me and my show, and there's only one thing to say ... yay!"

He added: "Mr. Trump, there's a lot you don't understand, but I never thought one of those things would be show business. Don't you know I've been trying for a year to get you to say my name? And you were very restrained -- admirably restrained -- but now you did it. I won."