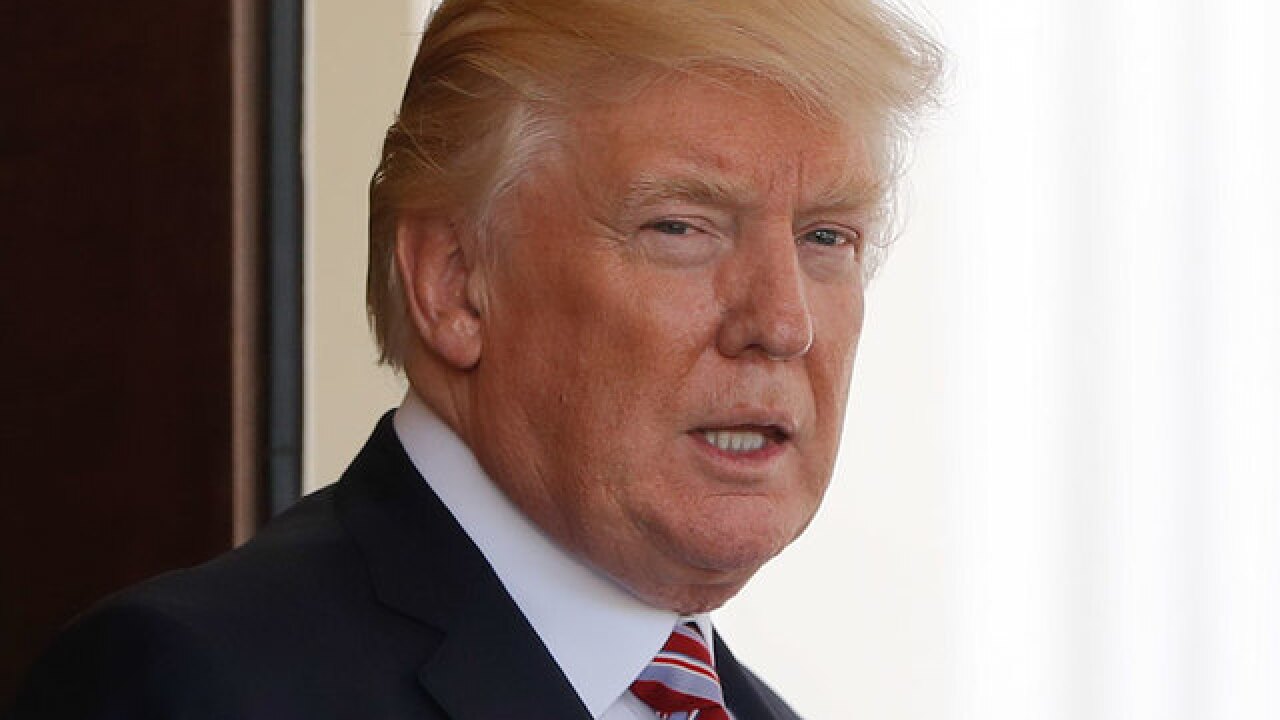 Trump's morning tweet(s):
-- The president took to Twitter Tuesday morning and posted a series of tweets touching on terrorism and his frequent target -- the "fake" media:

The FAKE MSM is working so hard trying to get me not to use Social Media. They hate that I can get the honest and unfiltered message out.

During my recent trip to the Middle East I stated that there can no longer be funding of Radical Ideology. Leaders pointed to Qatar - look!

Sorry folks, but if I would have relied on the Fake News of CNN, NBC, ABC, CBS, washpost or nytimes, I would have had ZERO chance winning WH

So good to see the Saudi Arabia visit with the King and 50 countries already paying off. They said they would take a hard line on funding...

...extremism, and all reference was pointing to Qatar. Perhaps this will be the beginning of the end to the horror of terrorism!

The latest example came when Trump defiantly tweeted on Monday night that he wants to call his plan to stop travel from six Muslim-majority countries a "travel ban" and "not some politically correct term."

"That's right, we need a TRAVEL BAN for certain DANGEROUS countries, not some politically correct term that won't help us protect our people," he tweeted.

Earlier on Monday Trump tweeted "People... can call it whatever they want, but I am calling it what we need and what it is, a TRAVEL BAN."

Those tweets undermine an earlier statement by Trump's communications team, and emphasize the struggle with communicating for a president who is known for his off-the-cuff ability to reach out to his followers directly on Twitter.

Clinton hits Trump for using "tragedy and terror for political gain"
-- Hillary Clinton criticized President Trump's handling of recent terror attacks in London Monday, saying that "we are not living in normal times."

"This is not a time to lash out, to incite fear, or to use tragedy and terror for political gain," Clinton said at a fundraiser.

In a clear reference to Trump's tweets Sunday and Monday criticizing London Mayor Sadiq Khan, Clinton said: "It's a time for steady, determined leadership -- like we are seeing from local authorities in London, including the mayor of London."

Trump's former Democratic presidential opponent has emerged as a top critic of the president's actions since he took office -- increasingly using her speeches and public appearances to push back on policies coming out of the White House.

The announcement followed days of speculation over whether Trump would try to prevent Comey, who is expected to reveal details about his conversations with the president, from testifying.