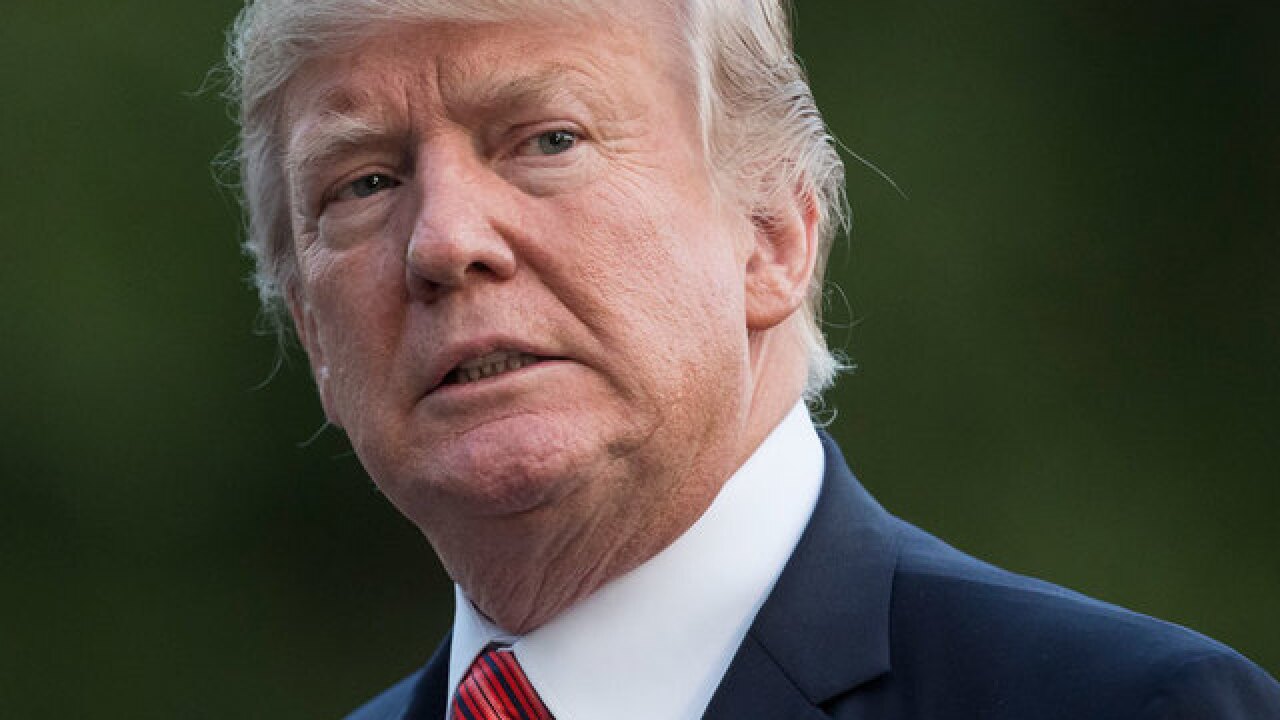 Corker recently criticized the president, saying Trump has "not been able to demonstrate the stability nor the competence" to be successful.

Trump responded on Twitter: "Strange statement by Bob Corker considering that he is constantly asking me whether or not he should run again in '18. Tennessee not happy!

In addition to Corker, Trump has called out a handful of other Republican senators in the past few weeks: Jeff Flake and John McCain of Arizona; Senate Majority Leader Mitch McConnell of Kentucky; and Lindsey Graham of South Carolina.

Trump's other morning tweets
-- The president had several other things to say on Twitter Friday morning:

If Senate Republicans don't get rid of the Filibuster Rule and go to a 51% majority, few bills will be passed. 8 Dems control the Senate!

General John Kelly is doing a fantastic job as Chief of Staff. There is tremendous spirit and talent in the W.H. Don't believe the Fake News

Few, if any, Administrations have done more in just 7 months than the Trump A. Bills passed, regulations killed, border, military, ISIS, SC!

Nick Adams, "Retaking America" "Best things of this presidency aren't reported about. Convinced this will be perhaps best presidency ever."

Plan for Mexico to pay for border wall not "abandoned"
-- White House Press Secretary Sarah Huckabee Sanders said President Trump is "committed to making sure" he'll get funding to back his campaign promise of a border wall and that the administration has not "abandoned" plans to make Mexico pay for it.

"We know that the wall and other security measures at the border work. We've seen that take place over the last decade and we're committed to making sure the American people are protected and we're going to continue to push forward and make sure that the wall gets built," she added.

When asked a second time, she said that the White House wants to "push forward" with the wall.

In a later question about his promise to get Mexico to pay for the wall, she added that efforts to have our southern neighbor fund the border wall have not been "abandoned."

Mexico has repeatedly said it will not pay for the wall, and Trump has recently threatened to shut down the government if Congress does not provide adequate funding for the proposal.

Under this scenario, Kasich, a Republican, and Hickenlooper, a Democrat, would run as independents with Kasich at the top of the ticket, said the source, who cautioned it has only been casually talked about.

"The idea of a joint ticket has been discussed, but not at an organizational or planning level," said the source, who spoke only on the condition of anonymity. "What they are trying to show the country is that honorable people can disagree, but you can still problem solve together. It happens in businesses and it happens in families. Why can't it happen in Washington?"

Ex-CIA officer discusses stunt to boot Trump from Twitter
-- Former CIA officer Valerie Plame was roughly $1 billion short of her goal to buy a major stake in Twitter and persuade the publicly traded company to ban President Trump -- so she started a GoFundMe campaign to raise that sum and, as the page says, "#BuyTwitter and delete Trump's account."

On CNN's "The Situation Room" Thursday, she conceded the goal was "really ambitious," but said the effort was mainly about drawing attention to what she says is the potential for Trump, a prolific Twitter user, to tweet the US into a nuclear confrontation.

"The point is, I want to shine a spotlight on showing how dangerous Trump and his Twitter button can be," Plame said.

Baldwin returns as Trump for "SNL" special
-- After saying he would retire his impression of President Trump, actor Alec Baldwin appeared on a special Thursday night episode of NBC's "Saturday Night Live" as the president in a spoof of the recent campaign rally in Phoenix.