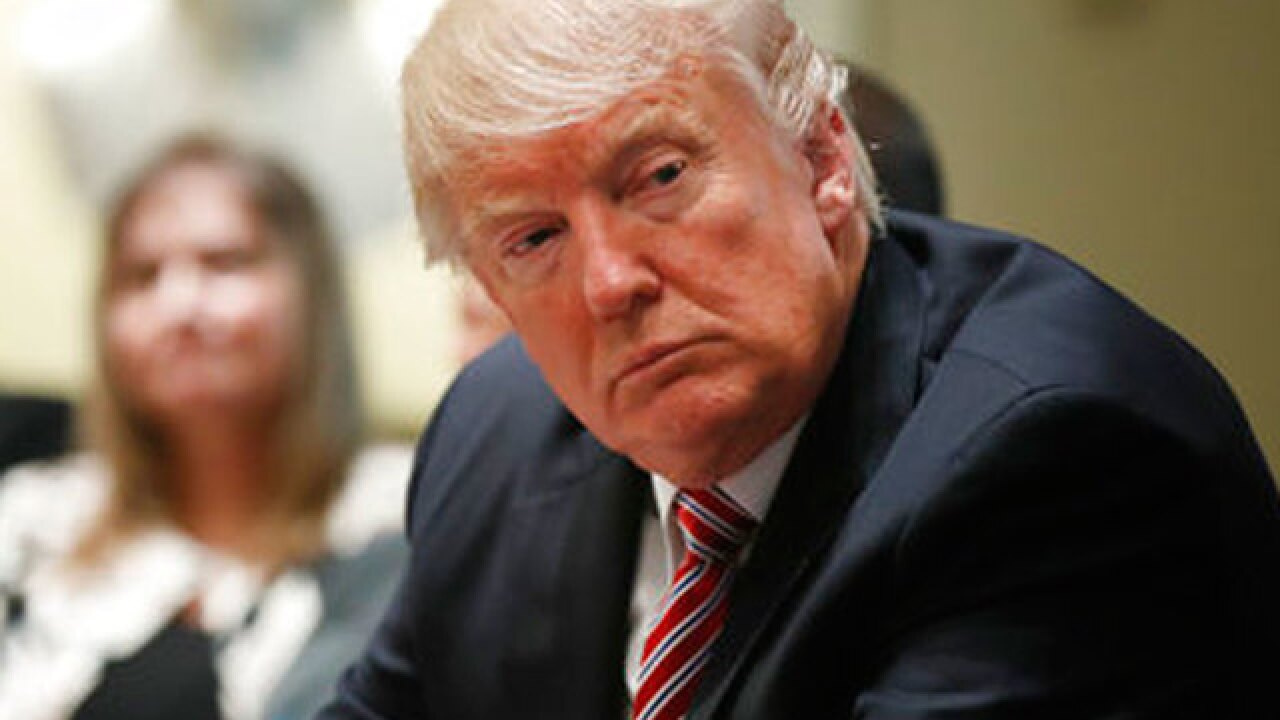 Copyright Associated Press
Manuel Balce Ceneta
President Donald Trump meets with what the White House identifies as "immigration crime victims" to urge passage of House legislation to save American lives, Wednesday, June 28, 2017, in the Cabinet Room at the White House in Washington.

"I am pleased to inform you that I have just named General/Secretary John F Kelly as White House Chief of Staff. He is a Great American... and a Great Leader. John has also done a spectacular job at Homeland Security. He has been a true star of my Administration," Trump said in two separate tweets.

After yet another setback in the effort to repeal and replace Obamacare, Trump tweeted late Thursday night: "3 Republicans and 48 Democrats let the American people down. As I said from the beginning, let ObamaCare implode, then deal. Watch!"

Republican Sens. Lisa Murkowski and Susan Collins sided with Democrats to vote against the latest proposal, but it was Sen. John McCain who seemingly struck the final blow to the bill by also voting against it.

His surprise decision came after a prolonged drama on the Senate floor. Multiple Republican colleagues, including Vice President Mike Pence, engaged in animated conversations with the Arizona senator who has long cherished his reputation as a maverick.

At one point before the final vote, Trump called Pence, who handed the phone to McCain, a source briefed on the call told CNN. The call, just off the Senate floor, was brief and ultimately unsuccessful.

In a Friday morning tweet, likely out of frustration, Trump said: "If Republicans are going to pass great future legislation in the Senate, they must immediately go to a 51 vote majority, not senseless 60...Even though parts of healthcare could pass at 51, some really good things need 60. So many great future bills & budgets need 60 votes...."

Trump's visit to Long Island was significant, as the city has seen its share of violence recently carried out by MS-13 members. The president was expected to call for increased border security and tougher immigration policies as a way to stop the gang.

"Together we're going to restore safety to our streets and peace to our communities and we're going to destroy the vile, criminal cartel MS-13 and many other gangs," Trump said. "We're going to enforce our laws, protect our borders and support our police like our police have never been supported before."