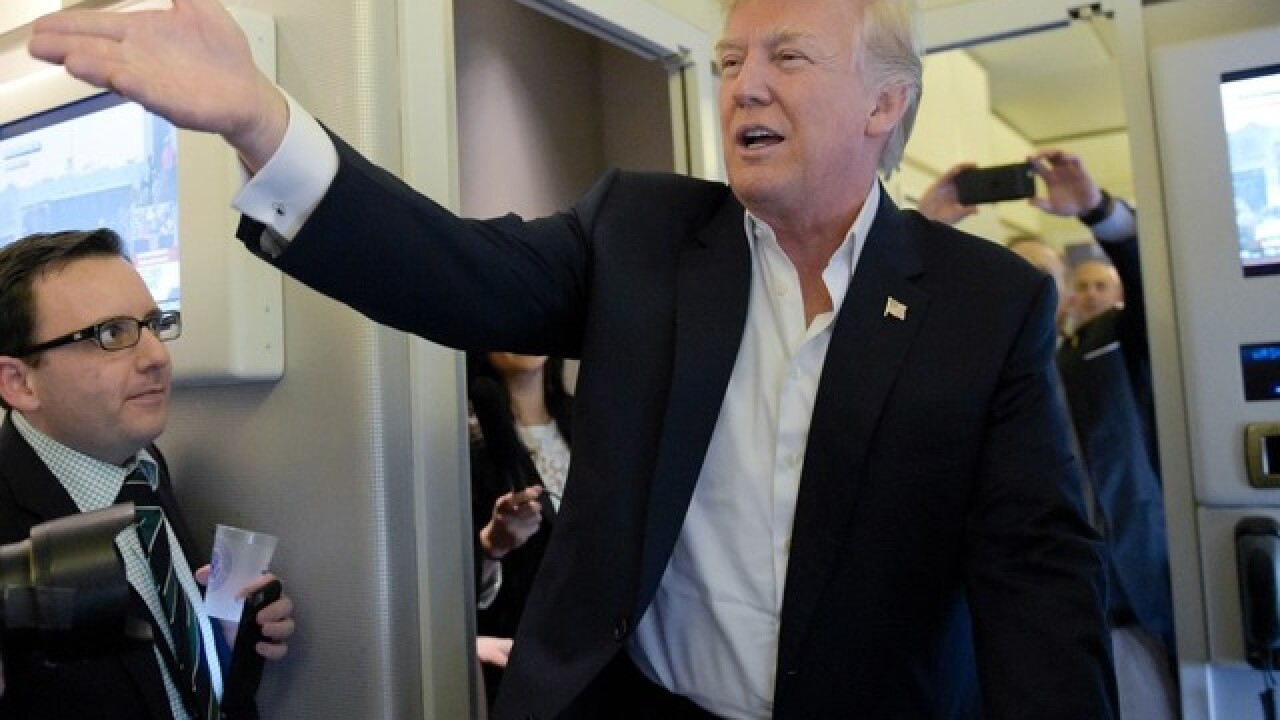 President Donald Trump will remain in Florida for Presidents Day, but his search for a new national security adviser continues. The president also took to Twitter to clarify the remark he made about a terror attack in Sweden.

Trump said, "He is a man of tremendous talent and tremendous experience, and I have read a lot over the last two days, he is highly respected in the military."

Flynn resigned last week after reports surfaced that he misled Vice President Mike Pence about his contact with Russian officials.

The rallies on Monday came amid what has been a fierce backlash from liberal grassroots groups to the Trump administration. That opposition has been voiced on a broad range of issues, including women's reproductive rights, immigration, and climate change.

The #SwedenIncident that never was
-- It was the reference heard around the world: President Trump noting a terror attack in Sweden during a rally in Florida on Saturday.

Trump's comment prompted a barrage of social media reaction Sunday, with hundreds of tweets , and a local newspaper published a list of events that happened on Friday that appeared to have no connections to any terror-like activity.

My statement as to what's happening in Sweden was in reference to a story that was broadcast on @FoxNews concerning immigrants & Sweden.

The president might be referring to a segment aired Friday night on the Fox News Channel show "Tucker Carlson Tonight" that reported Sweden had accepted more than 160,000 asylum-seekers last year but that only 500 of the migrants had found jobs in Sweden. The report went on to say that a surge in violence had followed.

Give the public a break - The FAKE NEWS media is trying to say that large scale immigration in Sweden is working out just beautifully. NOT!

"I was disappointed to learn that ... the facts that had been conveyed to me by Gen. Flynn were inaccurate. But we honor Gen. Flynn's long service to the United States of America, and I fully support the President's decision to ask for his resignation," Pence said.

VP Pence "disappointed" that Flynn misled him about the nature of his conversations with Russian officials. https://t.co/aMA9KHZLm9 pic.twitter.com/58t1yYmMrg

The president said he is hoping to make a decision in the next few days.

Priebus complained about the use of anonymous sources in news stories about contact between Trump campaign officials and Russian officials during the 2016 presidential race, saying intelligence leaders have told him those reports are "complete garbage."

Administration official fired over critical comments
-- Craig Deare, appointed by the president to lead the National Security Council's Western Hemisphere Division, was fired for his criticism of Trump's policies and inner circle of advisers

He was escorted out of the Executive Office Building in Washington, D.C., on Friday.

Trump wigs are "a thing" in Austria
-- The president's hairstyle is really popular in Austria, with many costume rental shops running out of Trump hair wigs as Carnival season approaches .

Austria celebrates the pre-Lenten Carnival season with scores of balls and other masked events in the winter.