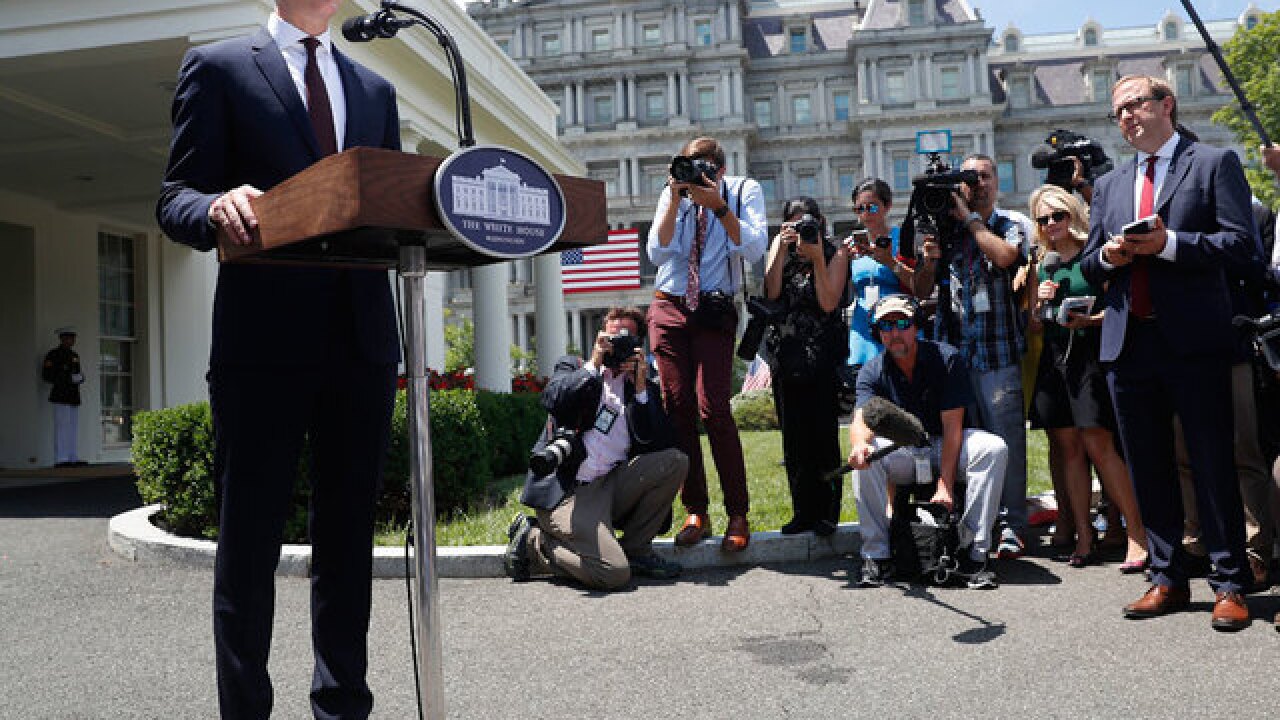 Copyright Associated Press
Pablo Martinez Monsivais
White House senior adviser Jared Kushner speaks to reporters outside the White House in Washington, Monday, July 24, 2017, after meeting on Capitol Hill behind closed doors with the Senate Intelligence Committee on the investigation into possible collusion between Russian officials and the Trump campaign. 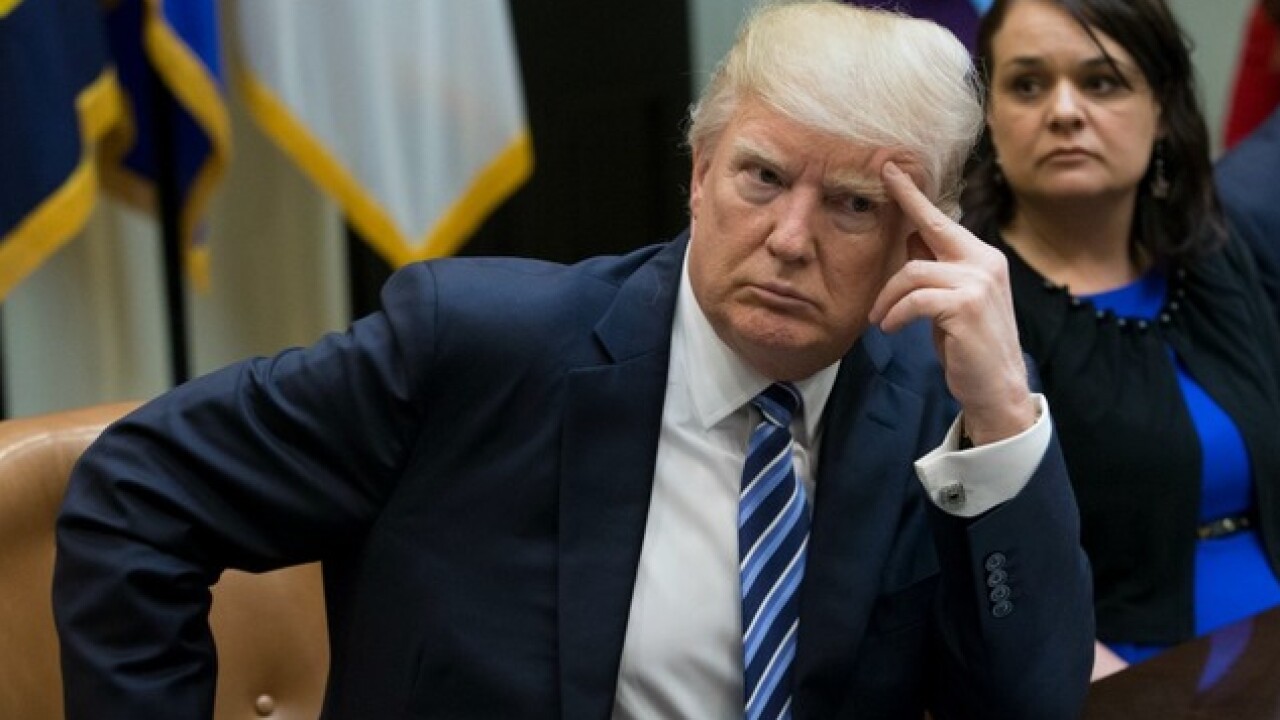 Kushner denies Russia collusion
-- President Trump's son-in-law and senior adviser Jared Kushner spoke in front of the White House following his testimony before the Senate Intelligence Committee about his contacts with Russians during the presidential campaign and transition.

Kushner told reporters that any interactions he had with Russians or others "were proper," and he added that he "did not collude with Russia nor do I know of anyone else who did so."

Prior to his Monday morning appearance on Capitol Hill, Kushner issued an 11-page statement in which he denied any collusion with the Russian government, which was engaged throughout 2016 in a campaign of its own to interfere in the election and help Trump beat Democratic nominee Hillary Clinton.

While he referenced interactions with Russians in his statement, Kushner denied reports that suggested he acted as a backchannel for communications. He also called the June 2016 meeting with a Russian attorney a "waste of time."

The president began his tweetstorm with: "Drain the Swamp should be changed to Drain the Sewer - it's actually much worse than anyone ever thought, and it begins with the Fake News!"

He soon moved on to one of his favorite targets, the Democratic Party, saying: "After 1 year of investigation with Zero evidence being found, Chuck Schumer just stated that 'Democrats should blame ourselves, not Russia.'"

Trump then questioned the motives in the ongoing Russia investigation, tweeting: "So why aren't the Committees and investigators, and of course our beleaguered A.G., looking into Crooked Hillarys crimes & Russia relations?"

The apparent dig at Sessions comes nearly a week after Trump's interview the New York Times in which he criticized the attorney general's decision to recuse himself from the Russia probe.

Trump's criticism of Schiff comes as the president's son-in-law heads to Capitol Hill to testify behind closed doors in the Russia investigation.

With respect Mr. President, the problem is how often you watch TV, and that your comments and actions are beneath the dignity of the office. https://t.co/NvZydYbnyW

President set to address health care
-- President Trump is scheduled to issue a statement Monday on the ongoing health care bill fight after meeting with people he considers "victims" of Obamacare.

In a Monday morning tweet, Trump said that "Republicans have a last chance to do the right thing on Repeal & Replace after years of talking & campaigning on it."

The "last chance" message comes a day after the president warned: "If Republicans don't Repeal and Replace the disastrous ObamaCare, the repercussions will be far greater than any of them understand!"

Senate leaders are hoping to have a procedural vote on one of the GOP health care bills as soon as Tuesday, which would then open up the debate and allow leaders from both parties to propose amendments.