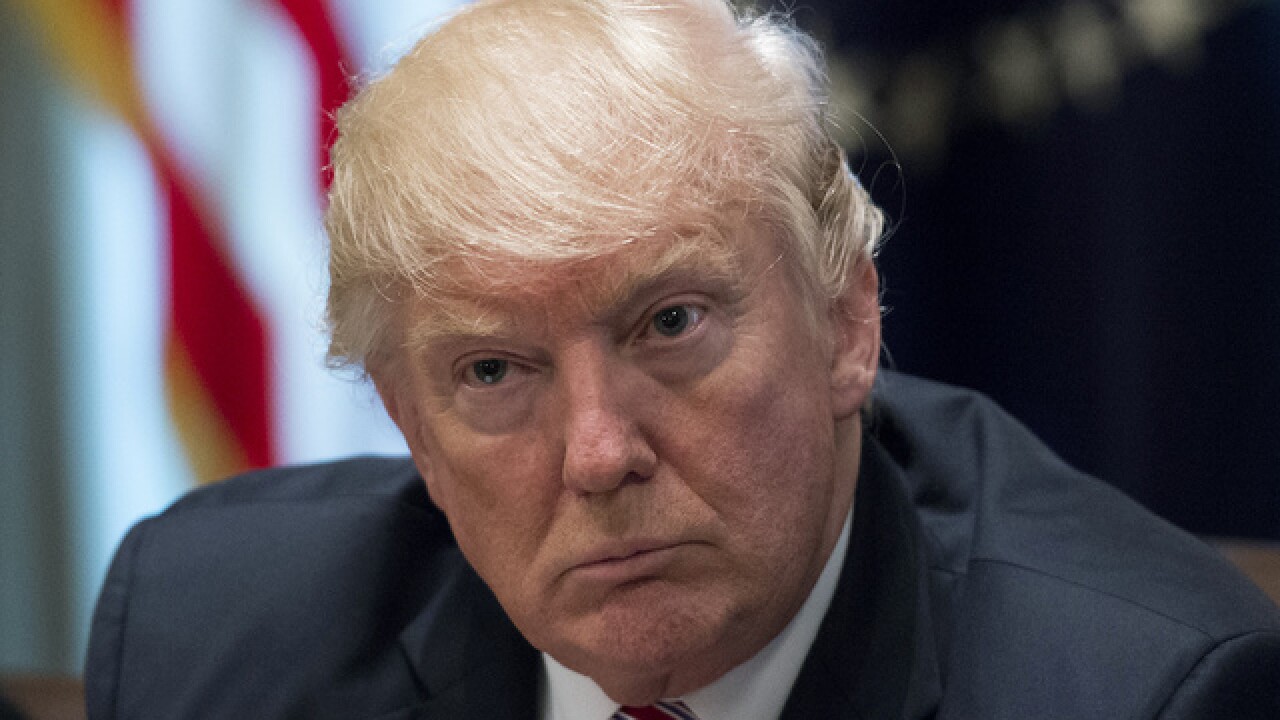 Copyright Getty Images
Pool
<p>June 28, 2017 - President Donald Trump listens as he meets with immigration crime victims to urge passage of House legislation to save American lives, in the Cabinet Room at the White House on June 28, 2017 in Washington, DC. (Photo by Molly Riley-Pool/Getty Images)</p>

President defends son, calls controversy "witch hunt"
-- President Trump praised his son Donald Trump Jr. for being "open" and called him "innocent" after emails that highlighted a meeting with a Russian lawyer were released. On Wednesday morning, Trump tweeted:

My son Donald did a good job last night. He was open, transparent and innocent. This is the greatest Witch Hunt in political history. Sad!

Remember, when you hear the words "sources say" from the Fake Media, often times those sources are made up and do not exist.

Why aren't the same standards placed on the Democrats. Look what Hillary Clinton may have gotten away with. Disgraceful!

When told that the Russian government had information on Clinton and her dealings with Russia, Trump Jr. responded, "I love it."

Meanwhile, President Trump's personal attorney said the president did not see the emails prior to Trump Jr. releasing them publicly.

Here's my statement and the full email chain pic.twitter.com/x050r5n5LQ

Here is page 4 (which did not post due to space constraints). pic.twitter.com/z1Xi4nr2gq

In an interview with CNN's Jake Tapper late Tuesday night, Jay Sekulow said that Trump had not been aware of a meeting his top campaign officials had with a Russian lawyer last year until "very recently," as the story emerged from The New York Times over the weekend.

"The President, by the way, never saw an email -- did not see the email -- until it was seen today," Sekulow said. "So I want to be clear on that," he added.

Veselnitskaya was asked specifically how the Trump aides that attended the meeting -- including the president's son-in-law and adviser, Jared Kushner, and then-campaign chairman, Paul Manafort -- had gotten the impression that she had potentially damaging information about Hillary Clinton.

"It's quite possible that maybe they were looking for such information, they wanted it so badly," Veselnitskaya said through a translator to NBC.

But multiple Democratic sources said that a DNC contractor, whose work included organizing political events for Ukranian-Americans, did tell DNC operatives that Ukrainian officials would be willing to deliver damaging information on Trump's campaign and, most notably, Paul Manafort, his then-campaign head who has previously advised Viktor Yanukovych, the former Ukrainian President who has close ties to Moscow.