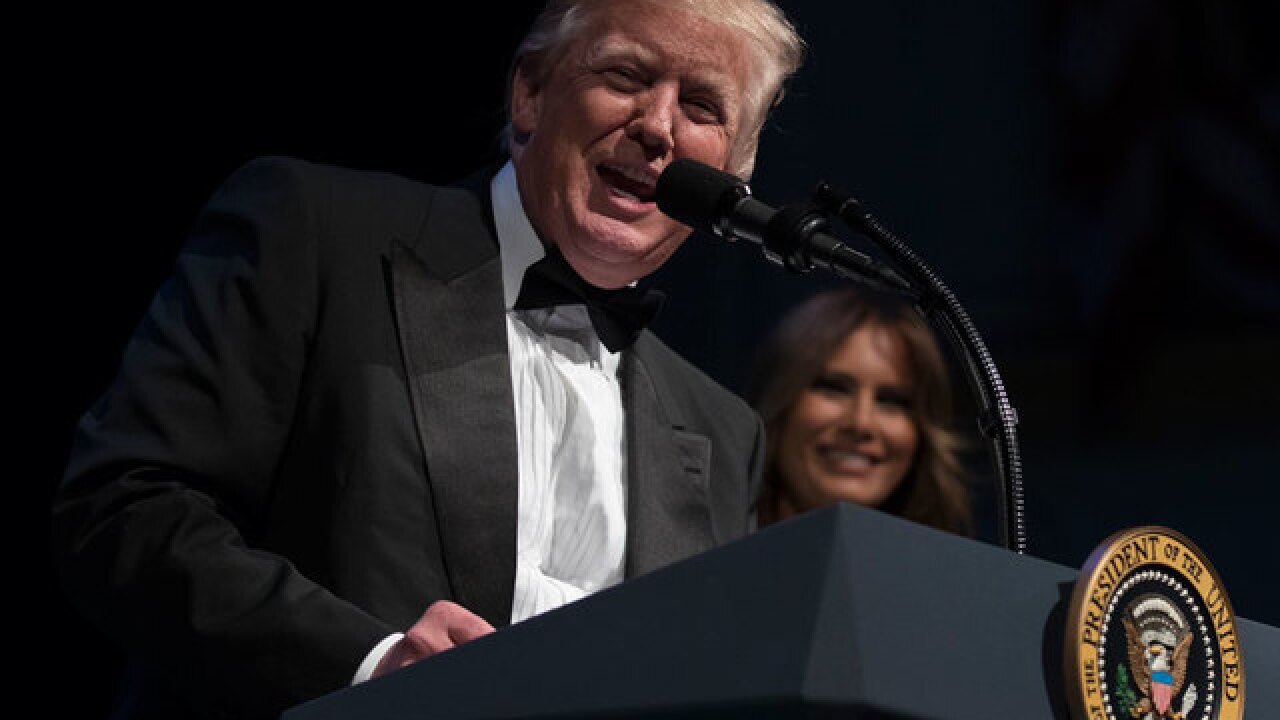 Pathetic excuse by London Mayor Sadiq Khan who had to think fast on his "no reason to be alarmed" statement. MSM is working hard to sell it!

London remains on high alert following Saturday night's terrorist rampage that left seven people dead and injured at least 48 others. English authorities said 11 people have been detained in connection with the attack .

After receiving word of the attack, Trump tweeted a message of support for London and the U.K., a plea for his travel ban and a dig at London mayor Sadiq Khan for advising Londoners to remain calm.

At least 7 dead and 48 wounded in terror attack and Mayor of London says there is "no reason to be alarmed!"

Khan's office responded to Trump's Sunday tweet by saying the mayor "has more important things to do than respond to Donald Trump's ill-informed tweet ..."

Trump: It's a "travel ban"
-- The president emphatically referred to his executive order on immigration as a "travel ban" and said his Justice Department should not have submitted a "watered down, politically correct version" to the Supreme Court.

Trump's suggestion that changes to the ban -- which, among other things, temporarily restricts travel to the US from several Muslim-majority countries -- were due to political correctness could hamper his administration's legal argument that the executive order did not target Muslims. As a candidate, Trump called for a "total and complete shutdown" of Muslim immigration to the United States.

People, the lawyers and the courts can call it whatever they want, but I am calling it what we need and what it is, a TRAVEL BAN!

The Justice Dept. should ask for an expedited hearing of the watered down Travel Ban before the Supreme Court - & seek much tougher version!

In any event we are EXTREME VETTING people coming into the U.S. in order to help keep our country safe. The courts are slow and political!

In an interview on CNN, Gore said Trump's decision was a threat to humanity and bad for the U.S. position in global politics. He said, "I think it was reckless. I think it was indefensible. It undermines America's standing in the world. It threatens the ability of humanity to solve the climate crisis in time."

"We're now seeing governors and mayors and businesses and civic leaders really beginning to move regardless of what the White House says. ... The American people are going to provide leadership, even if President Trump will not."

The program created by technologist/coder/activits Russel Neiss takes new Trump tweets and shapes them into White House releases, according to a Huffington Post report .

Pathetic excuse by London Mayor Sadiq Khan who had to think fast on his "no reason to be alarmed" statement. MSM is working hard to sell it!

A statement by the President: pic.twitter.com/ekqD5bFRij