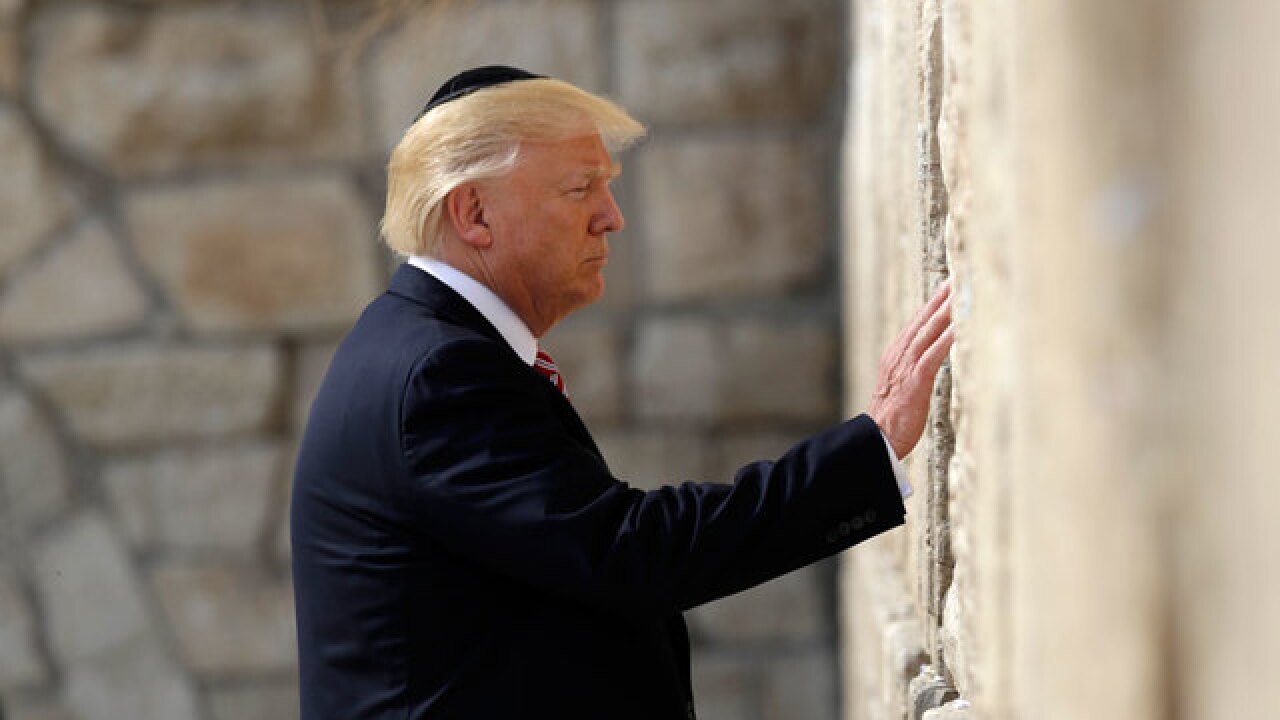 "Just so you understand, I never mentioned the word or the name Israel," the president said in a statement prior to a meeting with Israeli Prime Minister Benjamin Netanyahu.

The president reportedly shared classified information with the Russian foreign minister and Russian ambassador to the U.S. during a meeting nearly two weeks ago at the White House.

The accusations, however, never suggested that Trump told his Russian visitors that the information came from Israel. Instead, the information Trump revealed is thought to have been so specific that its origin was clear.

"You have another story wrong," Trump told reporters.

The committee, which is investigating Russia's possible interference in the 2016 presidential election, had issued a subpoena earlier this month for Flynn to testify, but he never responded.

The president arrived in Israel after visiting Saudi Arabia, home to the two holiest sites in Islam, and will next head to the Vatican, home of the Catholic Church.

On Monday afternoon, Trump became the first sitting U.S. president to visit the Western Wall, one of the holiest sites in Judaism.

Bush told The Hollywood Reporter: "I put together an apology right away... I told people that I was ashamed and embarrassed. And I was. So in the beginning, I thought, 'OK, we'll go and own up to this moment.' Then I got home, and it started to become apparent that [I] would not be returning [to "Today"]. It hurt a lot, and I fell apart."