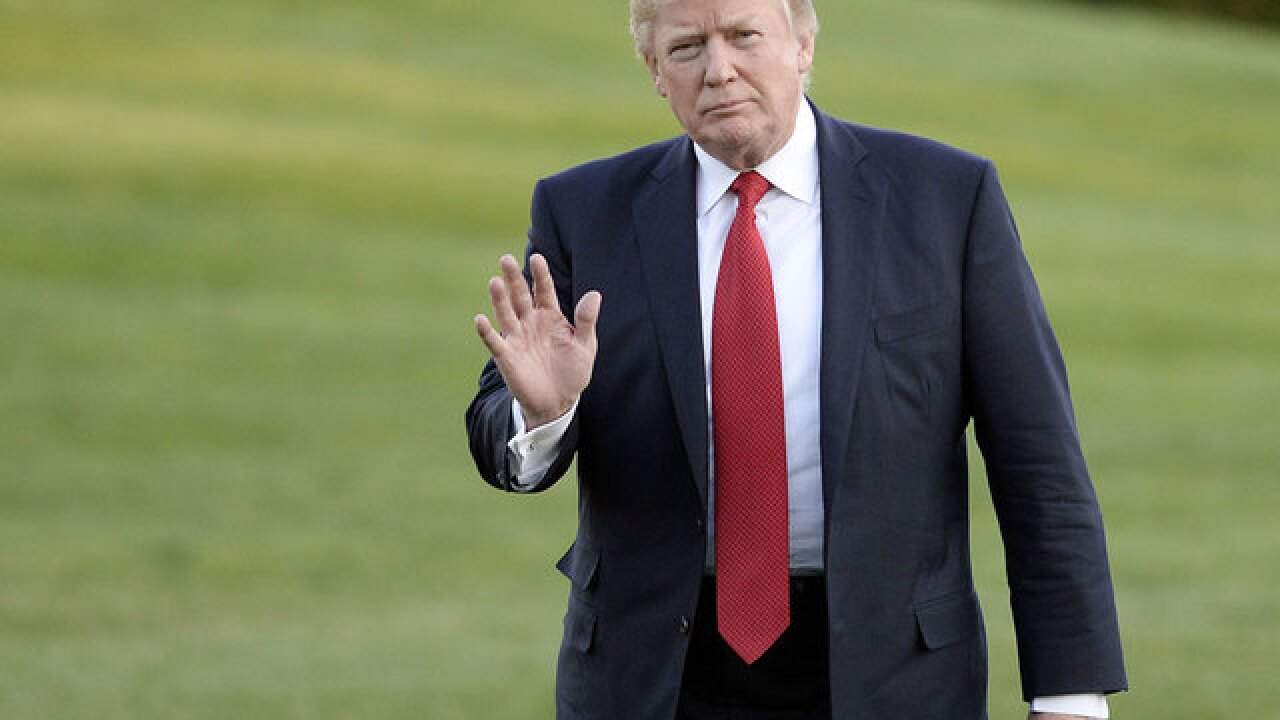 Copyright Getty Images
U.S. President Donald Trump walks on the South Lawn after returning to the White House in April 9, 2017 in Washington, D.C.

Trump addresses nation after shooting in Virginia
-- President Trump called Wednesday morning's shooting at a Virginia baseball field a "very brutal assault" and confirmed that the gunman died from his injuries.

Trump canceled at least one event -- a speech at the Labor Department -- due to the shooting in Alexandria, which injured five people, including House Majority Whip Steve Scalise.

In a statement made at the White House, Trump praised the "heroic actions of the two Capitol Police officers who took down the gunman despite sustaining gunshot wounds during a very, very brutal assault."

The president also said: "We can all agree that we are blessed to be Americans. That our children deserve to grow up in a nation of safety and peace. That we are strongest when we are unified and when we work together for the common good."

Trump celebrates 71st birthday
-- President Trump turned 71 years old today, and First Lady Melania Trump is asking the nation to sign a birthday card for him to make it one he'll never forget.

Nearly 200 Democrats sue Trump over foreign payments
-- Roughly 80 percent of Democrats in Congress are suing President Trump for receiving payments from foreign governments through his businesses.

The lawsuit doesn't weigh in on whether profits, in general, are a conflict of interest. But the Democrats say Trump didn't get approval from Congress to receive the money, which could violate the Constitution.

It had been widely reported that Obama administration officials were very concerned about the intrusion. President Obama reportedly directly called Russia's president, Vladimir Putin, to warn him not to interfere in the election.

Hackers reportedly accessed the software that poll workers used. But it appears they didn't actually do anything to mess with the final tally.