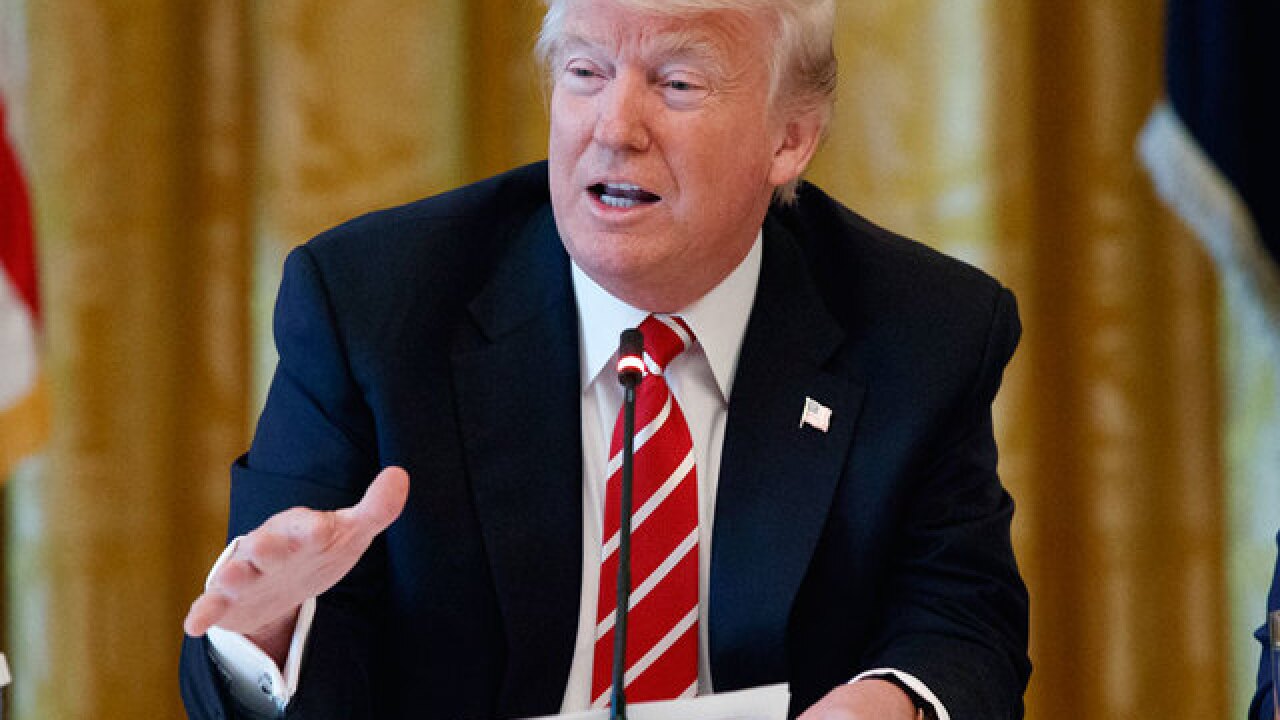 Trump said in the clip that aired Thursday: "Well, he is very very good friends with (former FBI Director James) Comey, which is very bothersome. We're going to have to see."

In May, Trump fired Comey over dissatisfaction with how the FBI head was handling the investigation into Russia's interference in the 2016 election. Deputy Attorney General Rod Rosenstein later appointed Mueller, a former FBI director, as special counsel to oversee the investigation, including potential collusion between Trump's campaign associates and Russian officials.

Obama says GOP Senate's bill is "not a health care bill"
-- Former President Barack Obama posted his thoughts about the proposed bill that would replace the Affordable Care Act.

In a Facebook post, Obama said: "I recognize that repealing and replacing the Affordable Care Act has become a core tenet of the Republican Party. Still, I hope that our Senators, many of whom I know well, step back and measure what's really at stake, and consider that the rationale for action, on health care or any other issue, must be something more than simply undoing something that Democrats did."

Obama referred to the Senate bill as "not a health care bill."

"It's a massive transfer of wealth from middle-class and poor families to the richest people in America," he wrote. "It hands enormous tax cuts to the rich and to the drug and insurance industries, paid for by cutting health care for everybody else. Those with private insurance will experience higher premiums and higher deductibles, with lower tax credits to help working families cover the costs, even as their plans might no longer cover pregnancy, mental health care, or expensive prescriptions. Discrimination based on pre-existing conditions could become the norm again. Millions of families will lose coverage entirely."

Suit claims Trump illegally destroyed presidential records
-- President Trump is facing yet another lawsuit. This time, it's over his record keeping.

On top of that, the groups claim that Trump has deleted tweets on his personal Twitter account.

The lawsuit alleges those actions violate the Presidential Records Act. It requires the preservation of certain White House communications so they can eventually be released to the public.