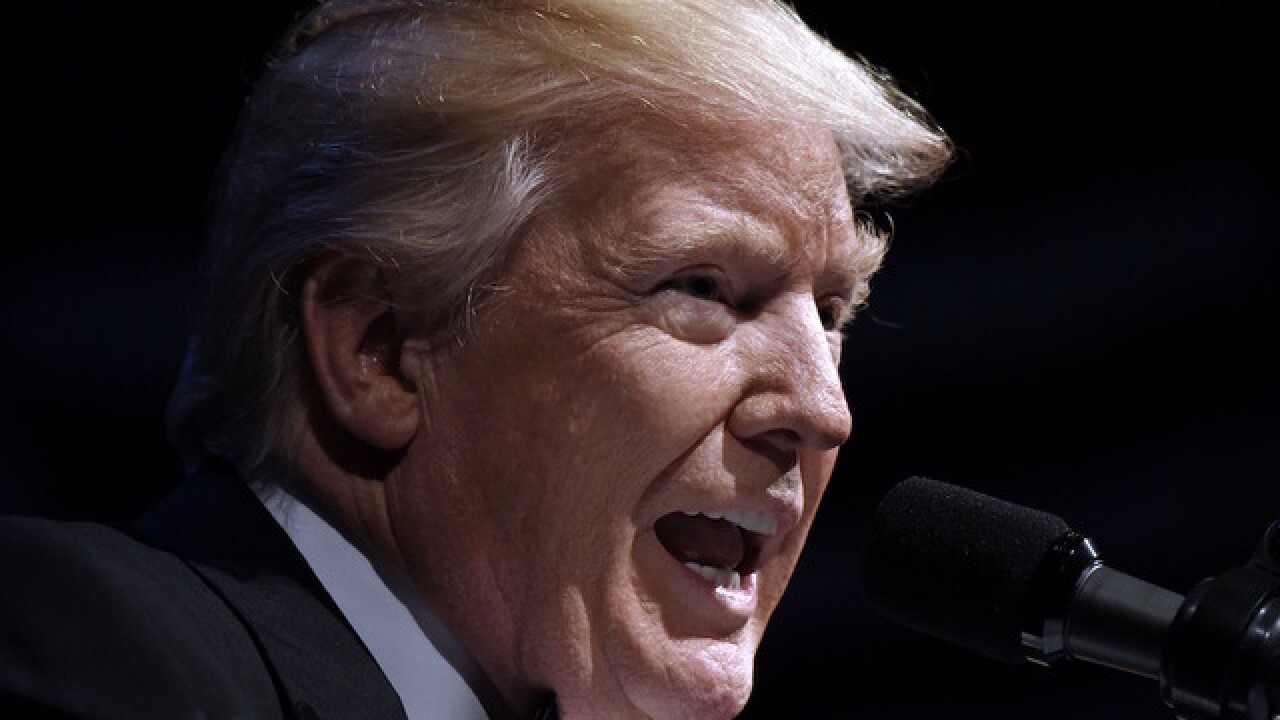 Wow, CNN had to retract big story on "Russia," with 3 employees forced to resign. What about all the other phony stories they do? FAKE NEWS!

Fake News CNN is looking at big management changes now that they got caught falsely pushing their phony Russian stories. Ratings way down!

So they caught Fake News CNN cold, but what about NBC, CBS & ABC? What about the failing @nytimes & @washingtonpost? They are all Fake News!

CNN published the story on their website Thursday, but it was removed the next day.

The story's writer, an editor with CNN's investigative unit and the unit's leader resigned, the network announced Monday.

Under the revised travel order, citizens from six Muslim-majority nations can enter the U.S. if they have what the Supreme Court calls a "bona fide" link to the U.S.

For example, students accepted to U.S. universities and an employee who has accepted a job with a company in the U.S. can enter the country.

The ban bars people from Iran, Libya, Somalia, Sudan, Syria and Yemen from entering the U.S. for 90 days -- outside of the "bona fide" relationship exception.

Homeland Security officials have not confirmed when the ban would begin.

Very grateful for the 9-O decision from the U. S. Supreme Court. We must keep America SAFE!

Great day for America's future Security and Safety, courtesy of the U.S. Supreme Court. I will keep fighting for the American people, & WIN!

The CBO report forecasts 22 million more Americans would be uninsured by 2026 compared to the Affordable Care Act.

White House officials issued this statement following the release of the report:

The CBO has consistently proven it cannot accurately predict how healthcare legislation will impact insurance coverage. This history of inaccuracy, as demonstrated by its flawed report on coverage, premiums, and predicted deficit arising out of Obamacare, reminds us that its analysis must not be trusted blindly. In 2013, the CBO estimated that 24 million people would have coverage under Obamacare by 2016. It was off by an astounding 13 million people – more than half—as less than 11 million were actually covered. Then, CBO estimated that 30 million fewer people would be uninsured in 2016, but then it had to reduce its estimate to 22 million, further illustrating its inability to present reliable healthcare predictions.

We know the facts. To date, we have seen average individual market premiums more than double and insurers across the country opting out of healthcare exchanges. As more and more people continue to lose coverage and face fewer healthcare choices, President Trump is committed to repealing and replacing Obamacare, which has failed the American people for far too long.

Meanwhile, six Republican senators have publicly come out against the Senate plan, which would eliminate Medicaid expansion, drop the coverage mandate and allow insurers to charge older policyholders more.

Senate Majority Leader Mitch McConnell has said he was hoping the bill would pass the Senate this week.