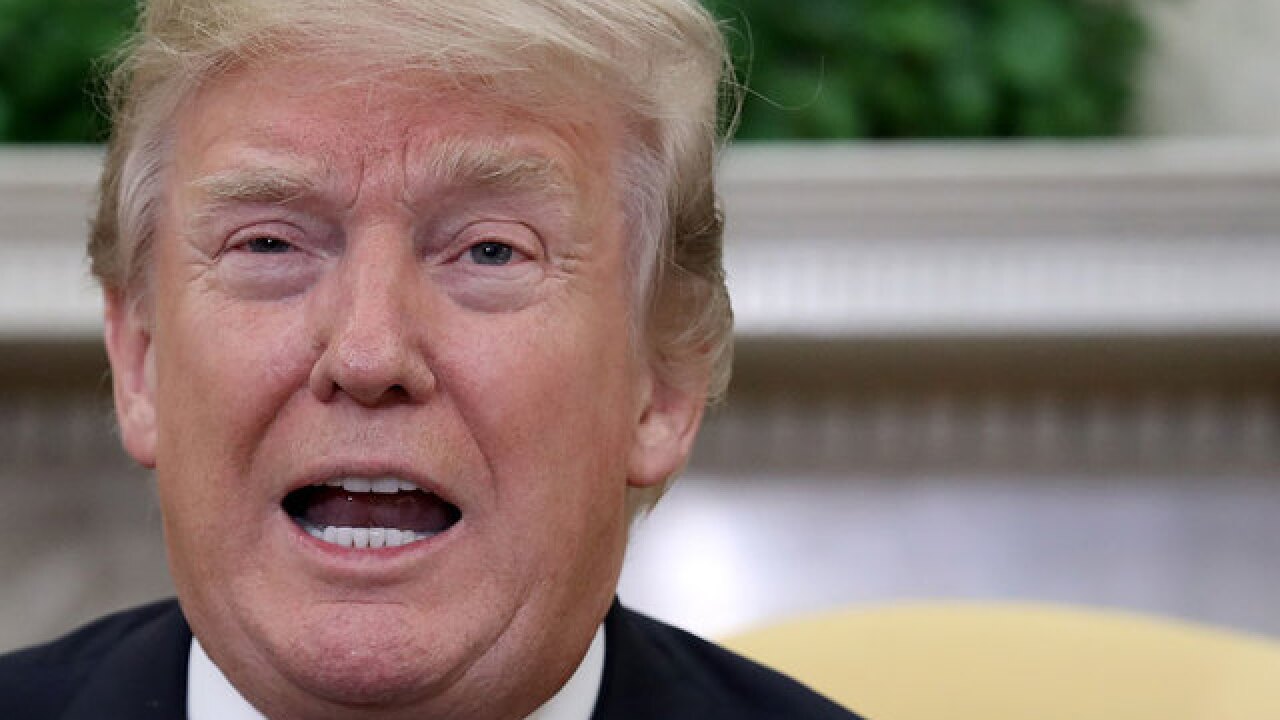 Copyright Getty Images
Win McNamee
President Donald Trump speaks with American workers in the Oval Office about the recently passed tax reform package on January 31, 2018 in Washington, DC. The workers and Trump discussed benefits the package would have on the companies that employ them.

Fox News and CNN both report that Trump will imminently declassify the memo.

The FBI has already recommended against the declassification of the "Nunes memo," saying it has "grave' concerns and that the memo contains "omissions" that "impact its accuracy."

CNN reports that President Trump sees the memo as a way to help discredit the Russia investigation.

Trump blasts Democrats in return to Twitter
-- In his first tweets since his State of the Union address, President Trump took the opportunity to criticize Democrats for their unwillingness to back the plans he mentioned in his Tuesday night speech.

Trump slammed the non-movement by Democrats on the DACA/immigration issues, specifically referencing March 5 -- the day the DACA program is supposed to end.

Heading to beautiful West Virginia to be with great members of the Republican Party. Will be planning Infrastructure and discussing Immigration and DACA, not easy when we have no support from the Democrats. NOT ONE DEM VOTED FOR OUR TAX CUT BILL! Need more Republicans in ‘18.

March 5th is rapidly approaching and the Democrats are doing nothing about DACA. They Resist, Blame, Complain and Obstruct - and do nothing. Start pushing Nancy Pelosi and the Dems to work out a DACA fix, NOW!

In a tweet Thursday morning, Trump said: "Thank you for all of the nice compliments and reviews of the State of the Union speech. 45.6 million people watched, the highest number in history. @FoxNews beat every other Network, for the first time ever, with 11.7 million people tuning in. Delivered from the heart!

Thank you for all of the nice compliments and reviews on the State of the Union speech. 45.6 million people watched, the highest number in history. @FoxNews beat every other Network, for the first time ever, with 11.7 million people tuning in. Delivered from the heart!

While Nielsen confirmed 45.6 million watched Trump's address, it has been reported that several other past SOTU addresses, such as Barack Obama's in 2010, had more viewers.

Trump's joint address to Congress last winter, while not officially a State of the Union address, also had almost 48 million viewers.

Nielsen's data counts Americans who watched at home via traditional TV, either live or on a DVR. There's no reliable data for live-streaming, but research indicates that the vast majority of people still watch big events on TV, not the web.

President says no to Super Bowl Sunday interview
-- An interview with the U.S. president prior to the Super Bowl has become somewhat of a tradition, but this year, Donald Trump will not carry it on.

A White House official told CNN that Trump would not be doing an interview before the Super Bowl. NBC sources confirmed interview requests were turned down but said the invitation remains open, just in case.

When Fox televised the Super Bowl last year, Trump sat down with Fox's Bill O'Reilly at the White House.

But this year it always looked unlikely that he would agree to an interview on NBC -- the network broadcasting the big game. He has repeatedly assailed NBC journalists and executives with "fake news" tweets.

Trump's feud with the NFL could have been a factor in the decision-making process. Trump repeatedly criticized the NFL as an organization and the specific players who kneeled during the national anthem.

The idea of a Super Bowl Sunday interview originated with George W. Bush. Obama picked it up in 2009 and sat down for an interview every year.