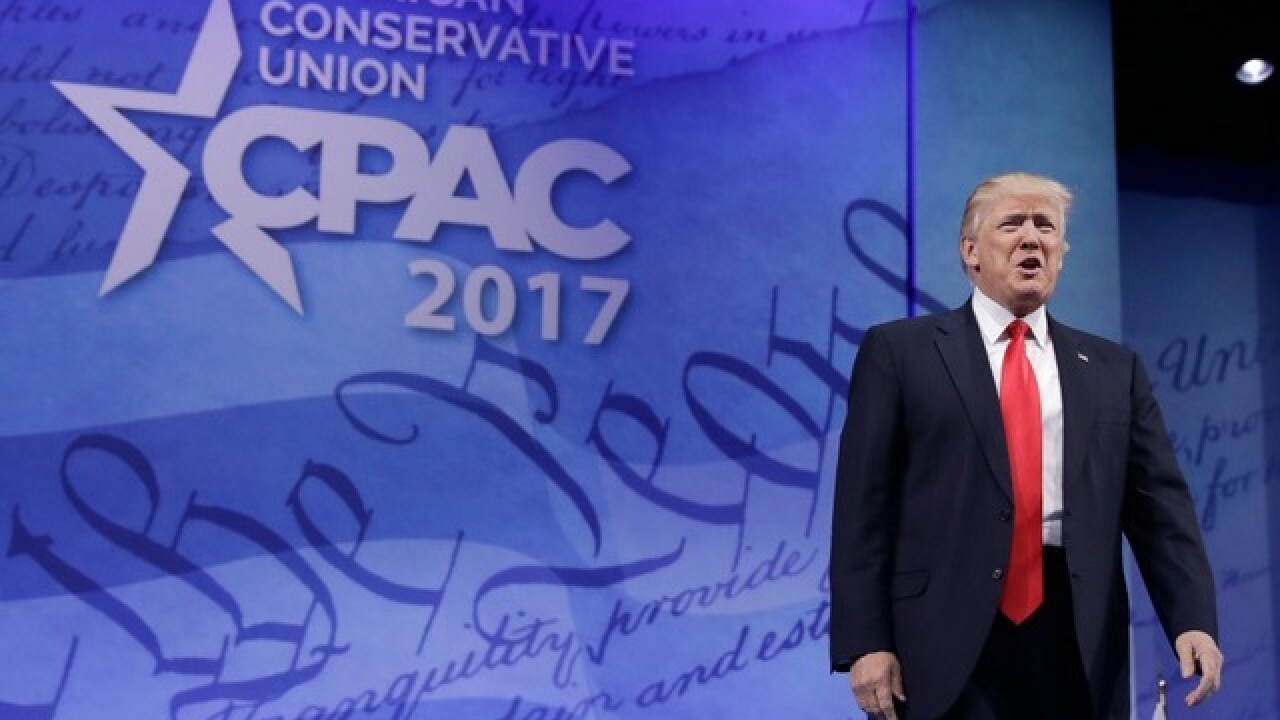 President Donald Trump is continuing to fill the open spots in his administration, and a new version of his travel ban could be implemented very soon.

President Trump takes stage at CPAC
-- President Donald Trump continued his assault on what he calls "fake news" and touched on topics such as his border wall proposal, immigration, Obamacare and military spending in a speech at the Conservative Political Action Conference Friday morning.

On his commitment to increase deportations, Trump said: "As we speak today, immigration officials are finding the gang members, the drug dealers and the criminal aliens and throwing them the hell out of our country. And we will not let them back in. They're not coming back in folks."

According to the American Conservative Union, which hosts the CPAC, Trump is the first president to address the group during his first year in office since Ronald Reagan.

Trump's morning tweet(s)
-- Early Friday morning, the president went on Twitter and pointed the finger at the FBI, saying the agency was to blame for not stopping media leaks.

The FBI is totally unable to stop the national security "leakers" that have permeated our government for a long time. They can't even......

find the leakers within the FBI itself. Classified information is being given to media that could have a devastating effect on U.S. FIND NOW

However, she addressed the issue Thursday in a video: "I have a message for President Trump from well, one Republican to another. This is a disaster. And you can still fix it. You made a promise to protect the LGBTQ community," she said, holding up her hand like a mock telephone. "Call me."

Speaking in Mexico City, Kelly said the U.S. would do everything dealing with illegal immigration legally and respectful to human rights.

Comments by Pres. Trump Thursday drew alarm after he said deportations are "a military operation" because the U.S. has allowed criminals into the country previously.

"There is a big difference between (medical marijuana) and recreational marijuana," Spicer said. "When you see something like the opioid addiction crisis blossoming in so many states, the last thing we should be doing is encouraging people. There is still a federal law we have to abide by."