DC Daily: Latest news on President Trump and his administration 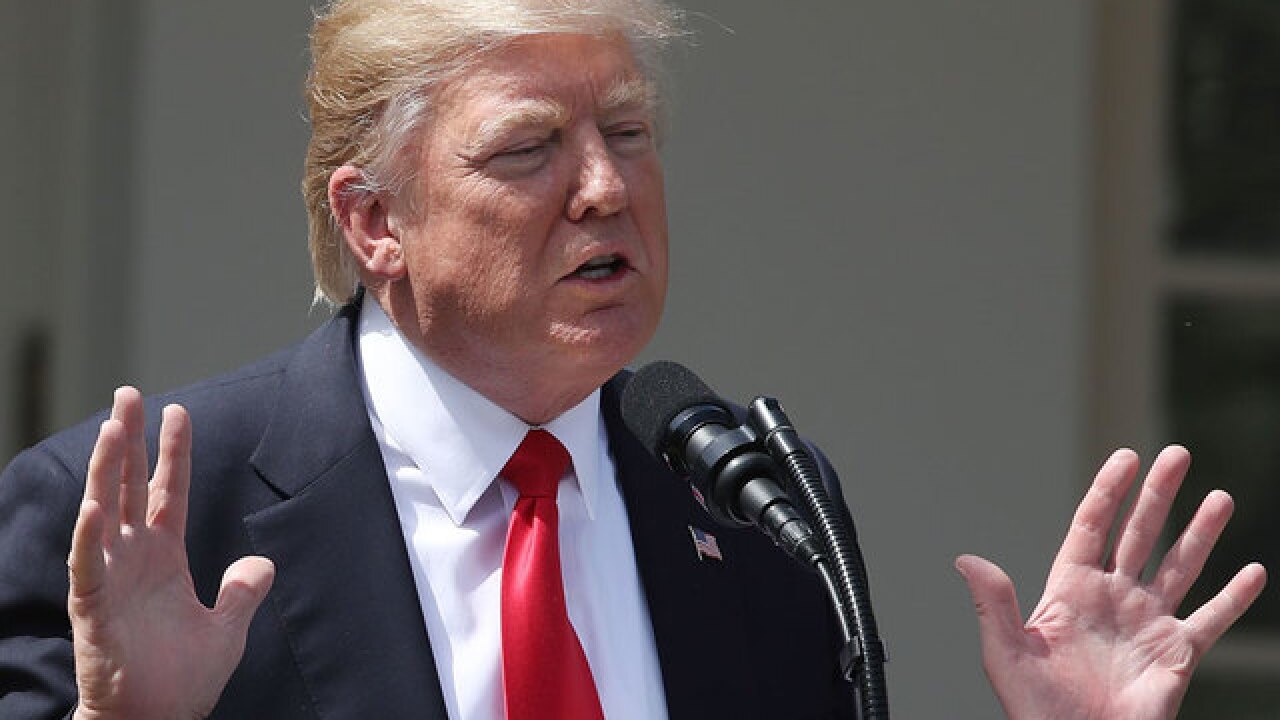 During a press conference at the White House Wednesday, Trump said, "That attack on children yesterday had a big impact on me. Big impact. My attitude towards Syria and Assad has changed very much."

Trump told The New York Times, "I don't think Bill did anything wrong."

O'Reilly faces scrutiny after new revelations that he, Fox News and parent company 21st Century Fox had paid a total of $13 million in settlements to five women who accused him of sexual harassment or verbal abuse.

More than 20 companies had pulled their advertising from "The O'Reilly Factor" as of Wednesday. Lisa Bloom, the lawyer for one of O'Reilly's accusers, has called for an independent investigation of Fox News. The National Organization for Women has called for him to be fired.

The decision, which one source with knowledge said was made by Trump himself, comes after the president in January authorized the reorganization of the National Security Council to include Bannon as a permanent member of the panel.

Bannon is the former campaign manager for Trump and the head of right-wing website Breitbart News.

The meeting with the king of Jordan is the second of three key meetings with some influential world leaders.

Tuesday's missile test resulted in a land-fired missile traveling about 37 miles before falling into the Sea of Japan.

Secretary of State Rex Tillerson issued this statement regarding the launch:

In a statement, Trump said: "Today's chemical attack in Syria against innocent people, including women and children, is reprehensible and cannot be ignored by the civilized world. These heinous actions by the Bashar al-Assad regime are a consequence of the past administration's weakness and irresolution. President Obama said in 2012 that he would establish a 'red line' against the use of chemical weapons and then did nothing. The United States stands with our allies across the globe to condemn this intolerable attack."

The attack that was carried out Tuesday in Khan Sheikhoun in the Idlib province is believed to have killed dozens of people. Activists on the ground described the attack as among the worst in the country's six-year civil war.

Democratic congressman believes Trump associates will go to jail over Russia probe
-- In an interview with CNN Tuesday, Texas Rep. Joaquin Castro said the investigation into members of the Trump campaign's ties to Russia will eventually land them in jail.

The Democratic congressman told Wolf Blitzer on "The Situation Room": "I wouldn't be surprised after all of this is said and done that some people end up in jail."

Castro did not offer any proof beyond his suspicion, CNN reported.

You can now take an anti-Trump course at Harvard University
-- A course on anti-Trump activism began Wednesday at Harvard's Kennedy School of Government.

The four-week course is open to people across the country and around the world.

Through four in-person and live-streamed sessions, followed by interactive homework assignments, organizers of the program say they hope to train activists "to strengthen the skills they need to take collective action and effectively resist the Trump agenda."

While it's been reported that many Democrats would be intrigued with the possibility that Michelle Obama would run, the former First Lady has said on numerous occasions that she would never consider running for president.

So who is on DecodeDC's list, which is based on speculation, hinted intentions and other factors?