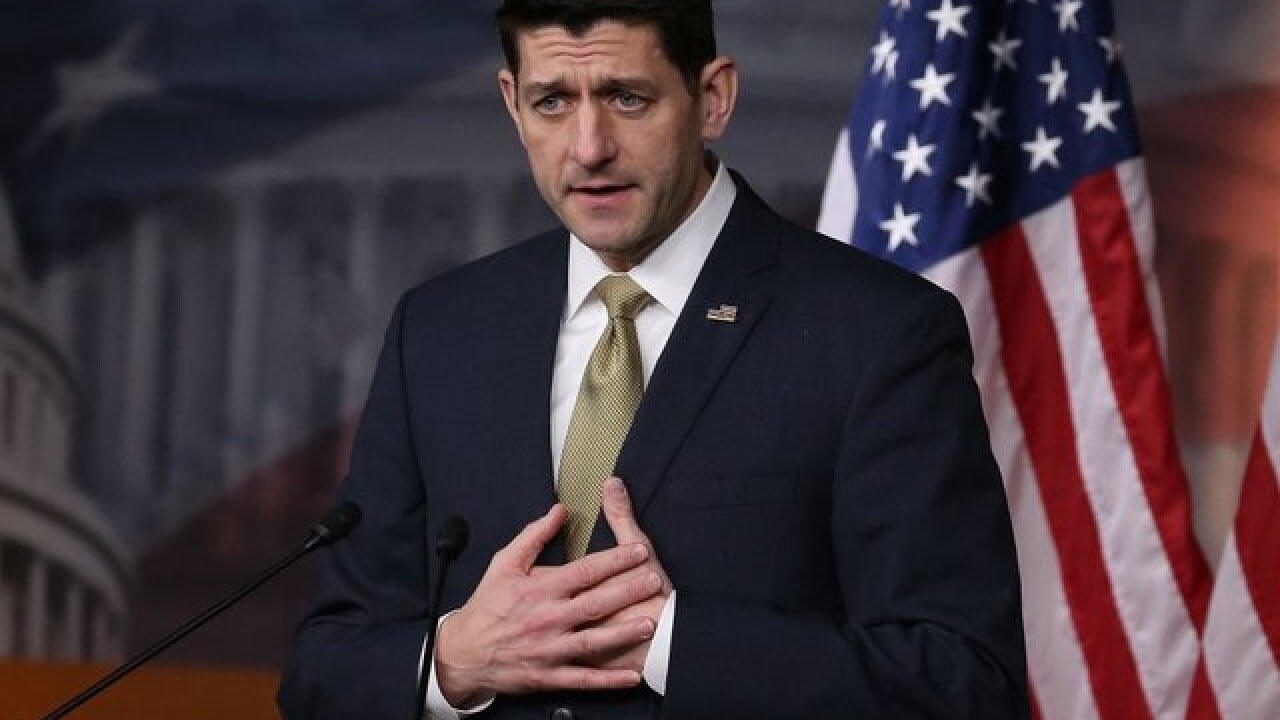 In a brief statement posted on Facebook, the Wisconsin Republican said: "Serving as speaker of the House has been one of the two great honors of my life. The other is my time as a husband and a dad. Now, with all three of my kids in their teens, I am ready to set new priorities in my life. I intend to serve my full term as I was elected to do. But I will be retiring in January, leaving this majority in good hands and with a bright future."

President Trump, who has been at odds with Ryan on a few occasions, had good things to say about him on Twitter: “Speaker Paul Ryan is a truly good man, and while he will not be seeking re-election, he will leave a legacy of achievement that nobody can question. We are with you Paul!”

Sources told CNN that Ryan told members of his leadership team that much of his decision was based on spending time with his family. Ryan informed House Majority Leader Kevin McCarthy and Majority Whip Steve Scalise about his decision before news broke.

Ryan called Trump and Vice President Mike Pence on Wednesday morning ahead of his announcement, a source familiar with their conversation told CNN.

The 48-year-old Ryan has been Speaker of the House since October 2015.

Trump warns Russia to “get ready” for Syria strike
-- President Trump took to Twitter Wednesday with a message for Russia should the U.S. carry out an airstrike on Syria.

Trump tweeted: “Russia vows to shoot down any and all missiles fired at Syria. Get ready Russia, because they will be coming, nice and new and “smart!” You shouldn’t be partners with a Gas Killing Animal who kills his people and enjoys it!”

He followed with: “Our relationship with Russia is worse now than it has ever been, and that includes the Cold War. There is no reason for this. Russia needs us to help with their economy, something that would be very easy to do, and we need all nations to work together. Stop the arms race?”

About 90 minutes later, the president said: "Much of the bad blood with Russia is caused by the Fake & Corrupt Russia Investigation, headed up by the all Democrat loyalists, or people that worked for Obama. Mueller is most conflicted of all (except Rosenstein who signed FISA & Comey letter). No Collusion, so they go crazy!"

The president has been weighing his course of action in Syria following a suspected chemical attack in the country. Trump described the attack as "sick" and criticized Russian President Vladimir Putin and Iran for supporting Syrian President Bashar al-Assad. Trump threatened that there would be a "big price to pay" for the deaths.

White House official: Trump re-thinking possible Mueller interview
-- A White House official said President Trump and his legal team are reevaluating whether Trump should sit down for an interview with special counsel Robert Mueller's team in light of the raid aimed at the president's personal attorney, Michael Cohen.

"The president has made no decision regarding the interview but anybody with common sense will see the attack on his lawyer as cause to reevaluate," the official said.

The official added that the president's cooperation should be proportional to the courtesy he receives from the special counsel. The raid on Cohen's office is viewed by the White House as not showing the president that courtesy, the official said.

Additionally, a source close to the president said there have been ongoing negotiations between Mueller's team and the president's legal team for a potential interview, but the raid on the president's personal attorney has upended those discussions.