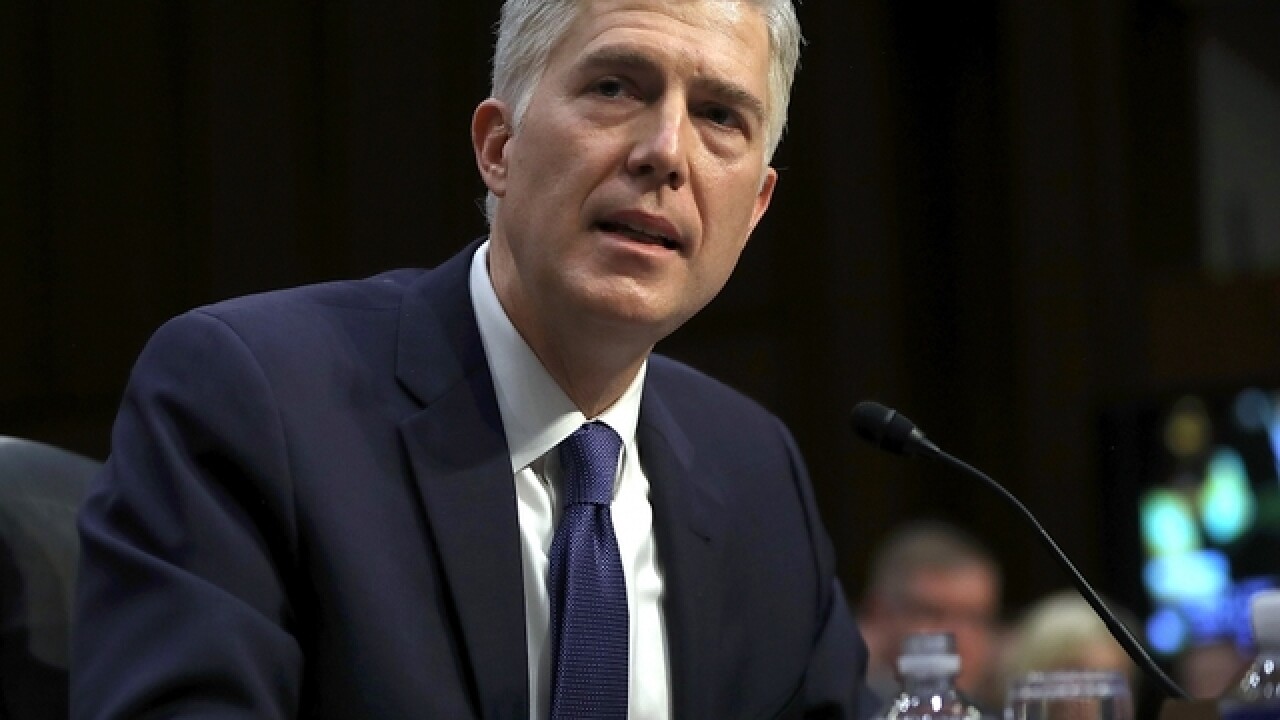 Senate Democratic leader Chuck Schumer told NBC's Meet the Press that it's "highly, highly unlikely that [President Donald Trump's Supreme Court nominee Neil Gorsuch will] get to 60," the number of votes Republicans need to move forward since the Democrats intend to filibuster. So far, only two democrats have voiced support for Gorsuch.

He told NBC that Gorsuch would be confirmed this week.

"How that happens really depends on our Democratic friends. How many of them are willing to oppose cloture on a partisan basis to kill a Supreme Court nominee," he said.

Here's what she said, in part:

"The thing that I kinda keep focusing on is the idea that we sort of need to hold the edges, that it's sort of like a lot of this election was turned by kinda white college-educated women who would not maybe like to forget about this election and go back to watching HGTV and I would want to urge them to like 'You can't look away' because it doesn't affect you this minute but it's going to affect you eventually."

It has been called a national tragedy that many of our nation's youth are diagnosed with a disorder called autism at a rate of now 1 in every 68 children.

Today is World Autism Awareness Day and Trump is keeping a promise to the late wife of his friend Bob Wright to illuminate the White House in blue if he won the election. The Wrights founded the organization Autism Speaks in 2005 and uses the color blue in its logo.

However, many families and individuals affected by the disorder don't support the organization Autism Speaks and claim it doesn't speak for them.

So, tonight the nation's executive mansion will turn a blue hue. Whether or not you believe in the Wright's mission, it's clear that society's awareness of Autism Spectrum Disorders is still very much needed.

Sandy Coronilla is a KGTV digital producer who loves many people diagnosed with autism, including her own daughter. Follow her @10NewsSandy