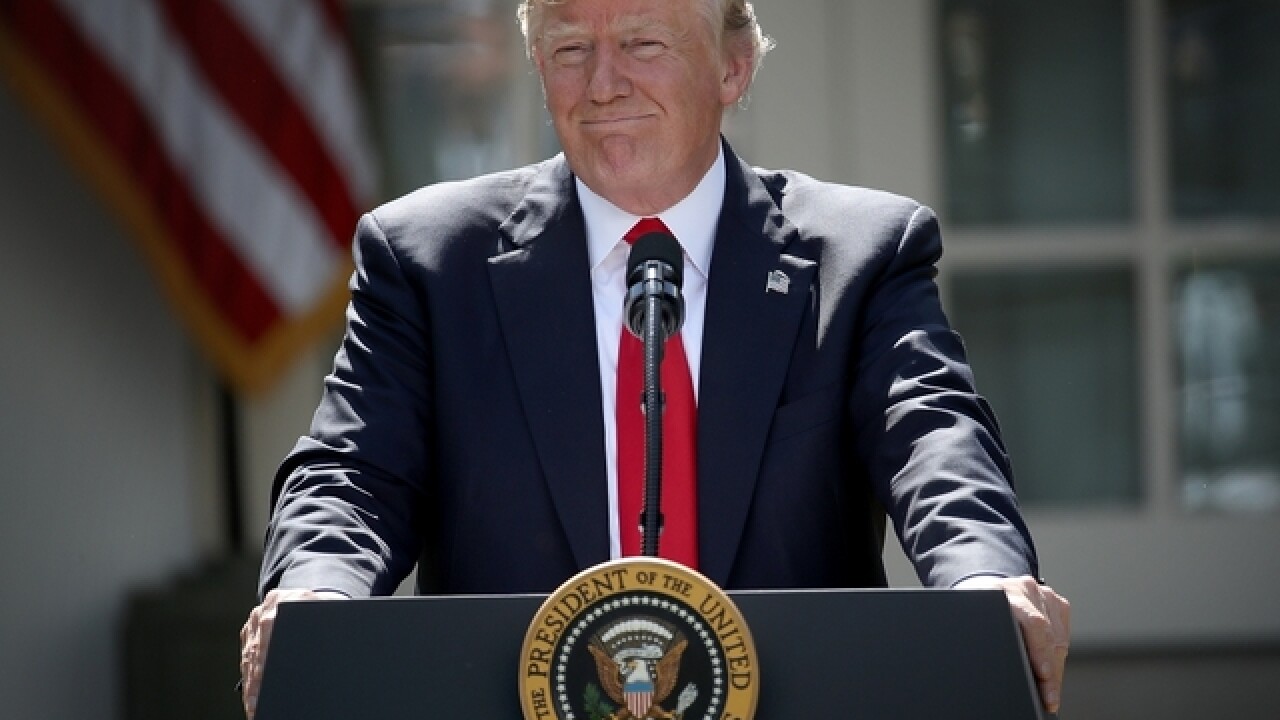 World leaders react to U.S. withdrawal from Paris accord
-- President Trump's decision to pull the U.S. out of the Paris climate change deal from 2016 was met with mixed reviews from many around the country.

Since the Thursday announcement, a number of world leaders have come forward to voice their disapproval.

Some of the fiercest criticism came from Europe, where many leaders had made personal appeals to Trump to stick with an accord backed by 195 nations.

German Chancellor Angela Merkel, French President Emanuel Macron and Italian Prime Minister Paolo Gentiloni put out a joint statement in which they pledged to implement the Paris climate agreement notwithstanding the withdrawal of the U.S.

Chinese leaders said the country would stick by its commitments to the Paris agreement despite the U.S. decision. Russia also reaffirmed its commitment to the accord.

In its filings, the administration asked the nine justices to consider the legality of President Trump's executive order, a move that appeals a ruling by the 4th Circuit that upheld a nationwide halt to the ban.

The case marks the president's first test of his travel ban in the nation's highest court after multiple stinging rebukes of his national security justifications for the ban in the lower federal courts.

Some of the changes include regulating how U.S. businesses operate in Cuba and new rules on traveling from the U.S. to Cuba.

CNN reports Trump is also expected to demand the return of U.S. fugitives who have been given asylum in Cuba.