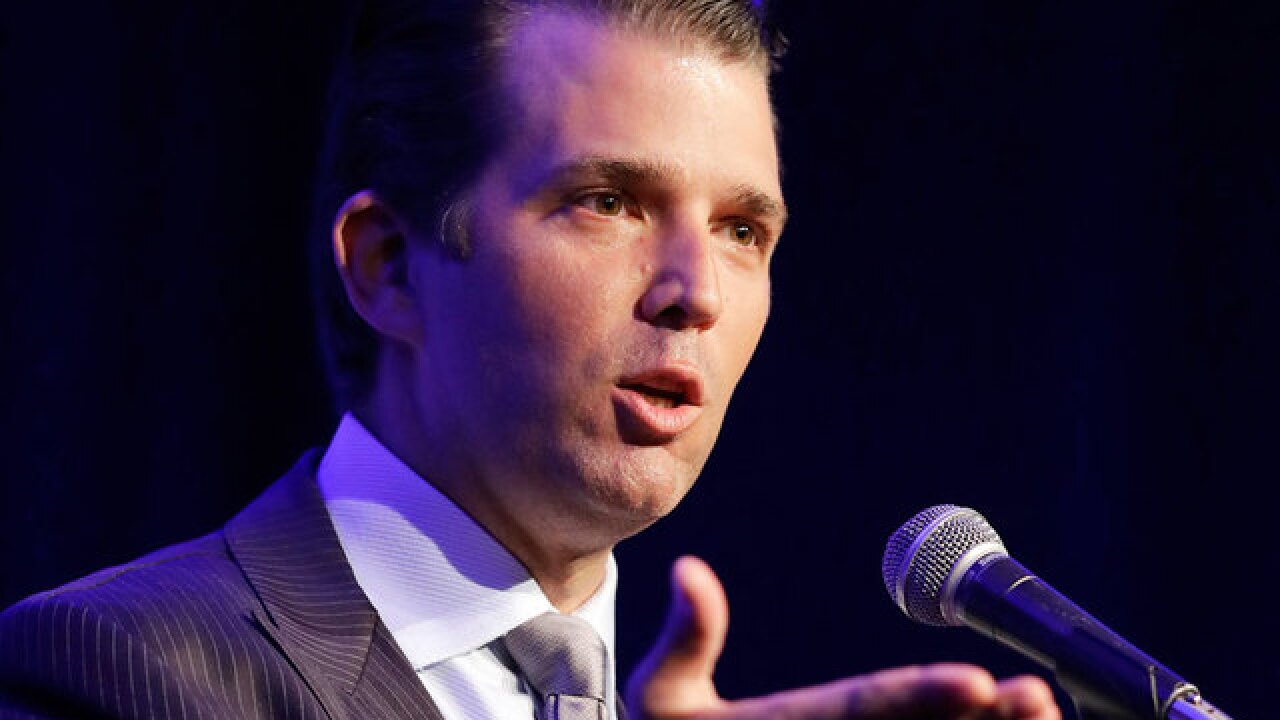 Trump Jr. tweeted that he posted the emails "in order to be totally transparent."

In an email exchange with music publicist Rob Goldstone, Trump Jr. is told that the Russian government had damaging information against Clinton that "would be very useful to your father."

"If it's what you say I love it especially later in the summer," Trump Jr. replied to Goldstone.

Here's my statement and the full email chain pic.twitter.com/x050r5n5LQ

Here is page 4 (which did not post due to space constraints). pic.twitter.com/z1Xi4nr2gq

Citing three people with knowledge of the email, the Times reported that Rob Goldstone, who connected Trump Jr. with the Russian lawyer, sent the email to Trump Jr. pointing to the Russian government as a source of potential information that could damage Clinton.

The story that Trump Jr. was offered potential information from the Russian government to aide his father's campaign came after months of staunch denials from President Donald Trump that his campaign had a connection to Russia.

"This is the first time that the public has seen clear evidence of senior level members of the Trump campaign meeting Russians to try to obtain information that might hurt the campaign of Hillary Clinton," Warner told reporters.

Kenton Tilford told CNN: "I've been discussing (this committee) with friends for some time, but I ultimately decided to create the committee because America is incredibly divided. I know it's almost a cliche at this point, but I think it's tragic that our President (Donald Trump) has not made a serious effort to unite the country. With this level of vitriol and anger, I believe we desperately need a leader who can unite us and not just pander to a small base of supporters."

According to Tilford, the "Run The Rock 2020" committee's goal is "to build a grassroots community of Americans to show to Mr. Johnson that his incredible popularity as an actor and public figure can translate into politics seamlessly. And I hope it influences him to take the plunge and run in 2020."