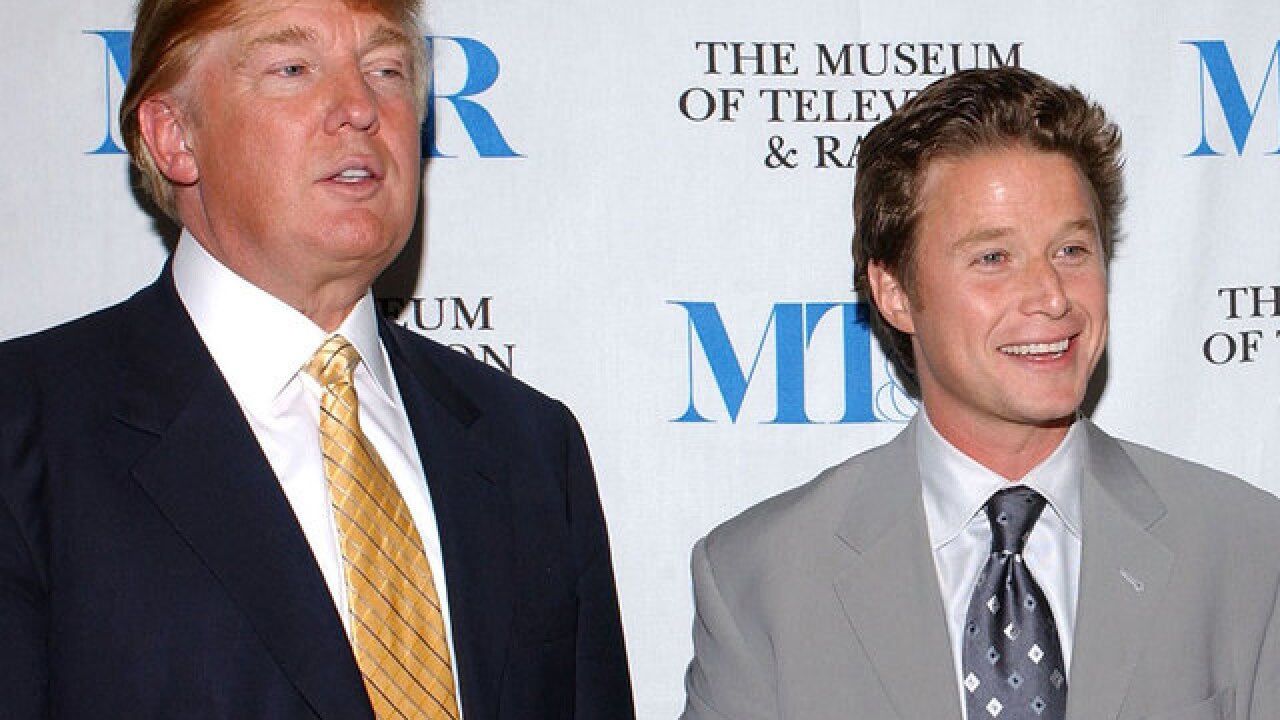 In a sign of full support for Moore, Trump tweeted Monday: "Democrats refusal to give even one vote for massive Tax Cuts is why we need Republican Roy Moore to win in Alabama. We need his vote on stopping crime, illegal immigration, Border Wall, Military, Pro Life, V.A., Judges 2nd Amendment and more. No to Jones, a Pelosi/Schumer Puppet!"

He later slammed Moore's Democratic opponent Doug Jones: "Putting Pelosi/Schumer Liberal Puppet Jones into office in Alabama would hurt our great Republican Agenda of low on taxes, tough on crime, strong on military and borders...& so much more. Look at your 401-k's since Election. Highest Stock Market EVER! Jobs are roaring back!"

The president's endorsement of Moore comes after recent polls that show Jones taking a slight lead over Moore.

Last month, The Washington Post published a bombshell report on allegations based on interviews with more than 30 people. One woman alleged she was 14 years old when Moore initiated sexual contact with her. The legal age of consent in Alabama is 16. After the report, another woman came forward to accuse Moore of sexually assaulting her when she was 16. Moore vehemently denies the allegations.

Trump-Comey feud reignites after weekend tweets
-- Former FBI Director James Comey and President Trump have reengaged in a war of words over the ongoing Russia investigation.

Over the weekend, Trump tweeted: "After years of Comey, with the phony and dishonest Clinton investigation (and more), running the FBI, its reputation is in Tatters - worst in History! But fear not, we will bring it back to greatness."

‪"I want the American people to know this truth: The FBI is honest. The FBI is strong. And the FBI is, and always will be, independent."‬ ‪Me (June 8, 2017)‬

The exchange between Comey and Trump stems from a tweet from the president's account that said he fired National Security Advisor Michael Flynn because he lied to Vice President Mike Pence and the FBI.

The tweet, which was said to be composed by Trump's lawyer, stated: "I had to fire General Flynn because he lied to the Vice President and the FBI. He has pled guilty to those lies. It is a shame because his actions during the transition were lawful. There was nothing to hide!"

However, several lawmakers said that statement could be a problem.

.@LindseyGrahamSC: You tweet and comment regarding ongoing criminal investigations at your own peril, I'd be careful if I were you, Mr. President, and I'd watch this pic.twitter.com/K8KsfOg7Ri

If that is true, Mr. President, why did you wait so long to fire Flynn? Why did you fail to act until his lies were publicly exposed? And why did you pressure Director Comey to "let this go?" https://t.co/Ea4kOBpWPv

The tweet regarding Flynn's firing is raising questions because Comey gave sworn testimony that Trump urged him to go easy on Flynn.

However, Trump said he never asked Comey to stop the investigation.

Billy Bush speaks on infamous Trump video
-- In an op-ed published in the New York Times on Monday, former "Access Hollywood" and "Today" host Billy Bush reiterated that it was Donald Trump on the infamous video making lewd comments about women.

Of course he said it. And we laughed along, without a single doubt that this was hypothetical hot air from America's highest-rated bloviator. Along with Donald Trump and me, there were seven other guys present on the bus at the time, and every single one of us assumed we were listening to a crass standup act. He was performing. Surely, we thought, none of this was real.

Bush said he knows he was wrong and wanted to set the record straight after it was recently reported Trump questioned the authenticity of the video.