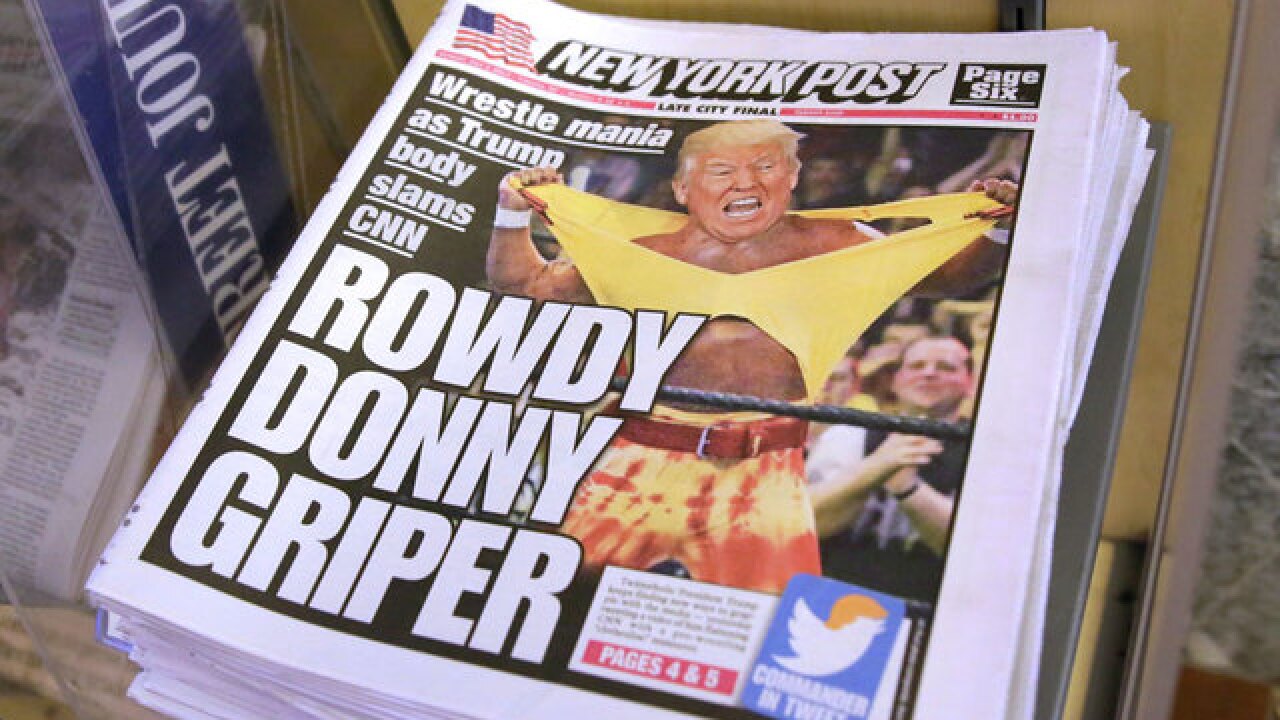 Copyright Associated Press
Richard Drew
Copies of the New York Post with an illustration of President Donald Trump as a professional wrestler on the front page are displayed at a newsstand in New York City, Monday, July 3, 2017. On Sunday, Trump's apparent fondness for wrestling emerged in a tweeted mock video that shows him pummeling a man in a business suit with his face obscured by the CNN logo.

The clip -- an edited version of footage from 2007 of Trump at a WWE event -- shows the president wrestling a man with the CNN logo over his face.

In response to the clip, CNN said it's a "sad day when the President of the United States encourages violence against reporters."

Trump once again targeted "fake news" in a tweet on Monday morning:

At some point the Fake News will be forced to discuss our great jobs numbers, strong economy, success with ISIS, the border & so much else!

Twitter told CNN on Sunday that the company reviewed the tweet, which features a WWE video that has been edited to show Trump beating up a man with a CNN logo on his face.

Twitter said it considered three factors: the political context of the conversation surrounding the tweet, the various ways it could be interpreted and the lack of details in the tweet itself.

Poll shows civility down since Trump's election
-- The majority of Americans -- seven in 10 -- say the level of civility in Washington has declined since Donald Trump was elected President of the United States, a new NPR/PBS NewsHour/Marist poll finds.

More than eight in 10 Democrats say the civility of discourse has gotten worse since Trump's election, and 65% of Republicans say civility between their party and the Democrats has declined during the same time period.

Only 6% of Americans believe the overall tone has improved in Washington since Trump was elected, according to the poll, which was conducted before Trump's WWE tweet. Twenty percent of those polled said civility is the same as it was prior to Trump's election.