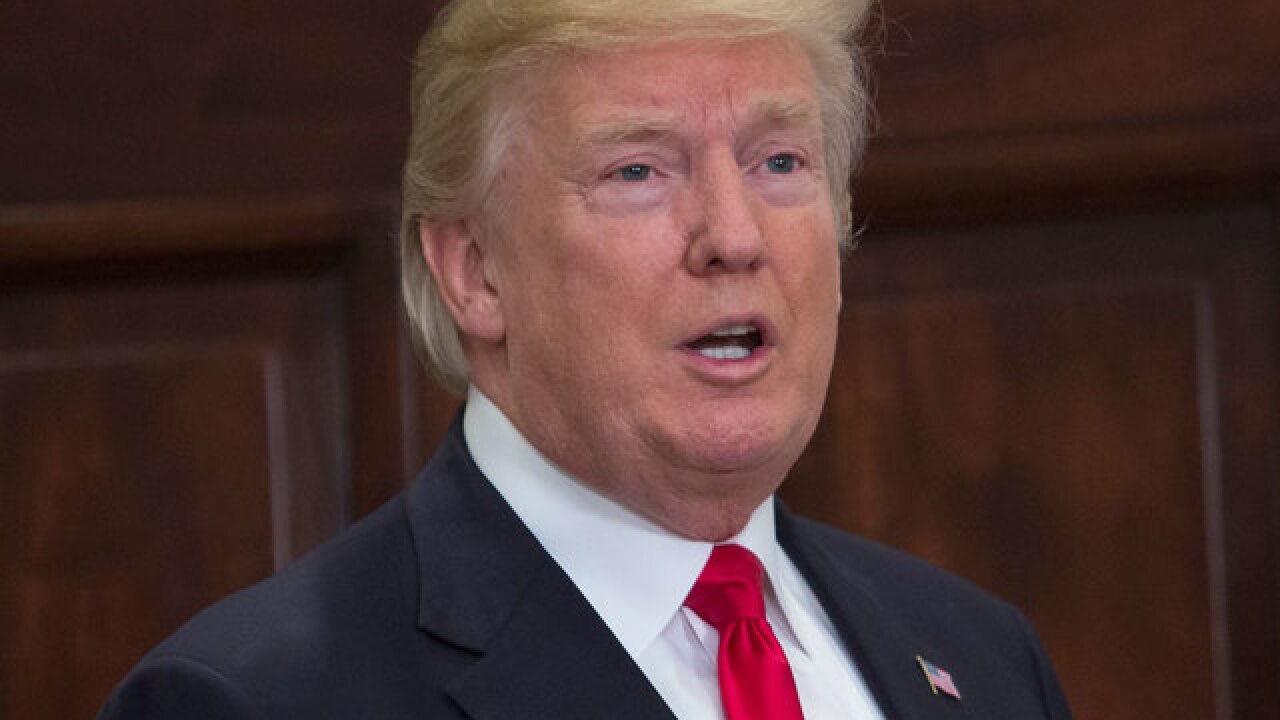 Copyright Getty Images
Chris Kleponis/Pool
President Donald J. Trump answers a reporter's question after participating in the swearing-in ceremony for Alex Azar, the new Secretary of the Department of Health and Human Services on January 29, 2018 at The White House in Washington, DC.

A large number of House Democrats boycotted the president's first joint address to Congress last year. Typically, lawmakers of both parties attend the annual State of the Union address, and those from the opposite party tend to save their criticisms of the president for after the speech, releasing statements about the policy pronouncements they disagree with immediately after the address wraps up.

The following Democrats have said they will not be in attendance for the president's address:

Teen Trump supporter to watch president's address
-- Colorado teen Weston Imer, a proud supporter of President Trump, will be in the audience Tuesday night for the State of the Union address.

The 14-year-old Imer, who made headlines for his work as a Trump campaign manager in Jefferson County, Colorado, believes Trump is "the best president since Ronald Reagan."

Imer was there when Trump was sworn into office, and his excitement has ramped up as the State of the Union draws near.

"I had to tell my teachers that I'm going and that I will miss two days of school," Imer said. "I had to tell everyone. And I lost some friends."

It's his reality as a Trump supporter, Imer said, but one that won't stop him from witnessing history again.

"There's a lot of standing ovations," Imer said. "And so I'm going to have to wear some good shoes. So it's going to be amazing."

According to Bloomberg, the documents stated bot-driven retweets of Trump's tweets dwarfed the number of bot retweets (less than 50,000) of Hillary Clinton's account from Sept. 1, 2016-Nov.15, 2016.

Bloomberg reported: "The information further underscores how Russian-linked accounts sought to stir up discord during the 2016 U.S. presidential election. Congress has been investigating exactly how social-media platforms like Twitter, Facebook Inc. and Alphabet Inc.’s YouTube were manipulated during the election. The documents are Twitter’s response to follow-up questions from the Senate committee following an Oct. 31 hearing on the issue of Russian infiltration of the media platforms."