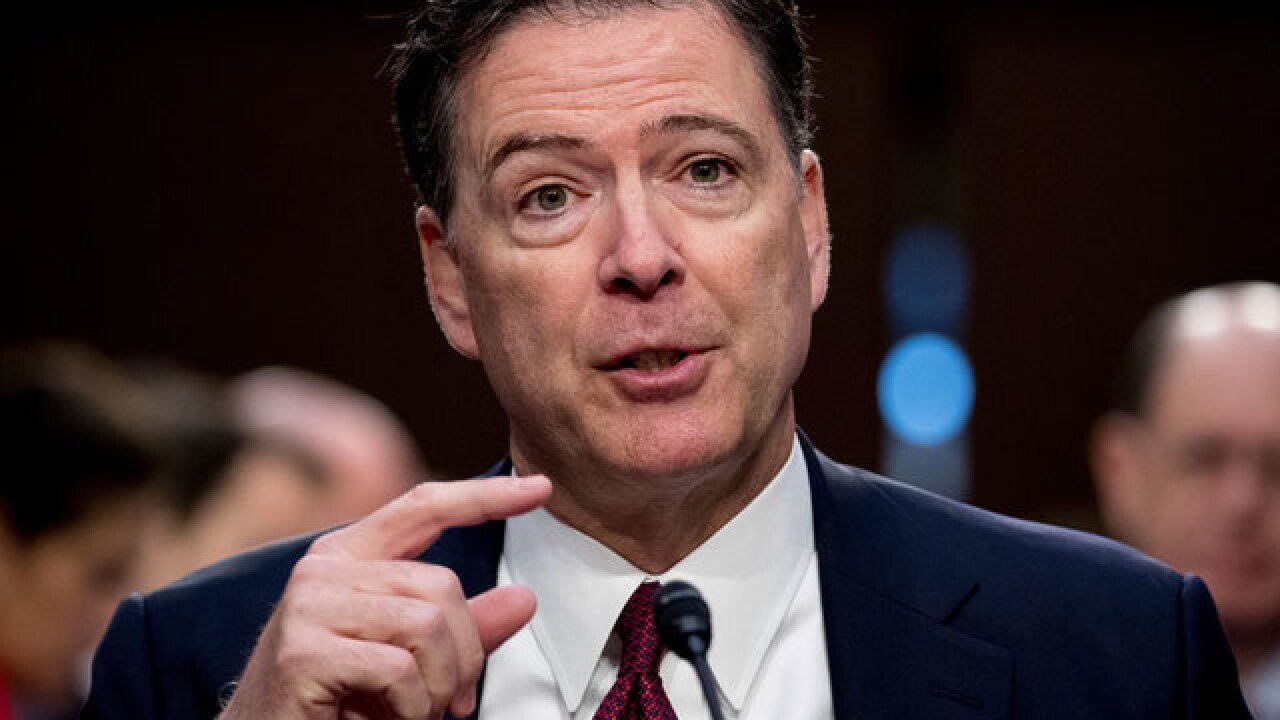 Comey says he was fired over Russia investigation
-- In one of the most anticipated Capitol Hill hearings in recent memory, fired FBI Director James Comey testified before the Senate Intelligence Committee on his interactions with President Trump and the FBI's investigation of Russia's possible involvement in the 2016 presidential election.

Comey told the panel the Trump administration "chose to defame me," told "lies, plain and simple" and that he was "confused" by Trump saying he was fired due to the Russia probe.

"The administration chose to defame me and, more importantly, the FBI by saying the organization was in disarray ... those were lies," Comey said.

-- Comey told the panel he had no doubt Russia interfered in the 2016 election cycle.

-- Comey said he was concerned Trump would lie to him, prompting him to compile notes to document the nature of their interactions.

-- In regards to the Michael Flynn investigation, Comey told the panel he felt Trump's request to "let it go" was "direction" from the president.

-- Comey referenced Trump's tweet after the firing that spoke of "no tapes," saying, "Lordy, I hope there are tapes," adding he would be "good with it" if the supposed tapes were released.

-- Comey confirmed that he asked a friend to leak the contents of his memos to the New York Times. He said he did that in hopes a special counsel would be appointed in the Russia investigation.

-- The former FBI director told senators that he did not publicly announce that Trump was not under investigation based on how he handled the announcement of the Clinton email probe in 2016.

McCain issued a statement in which he acknowledged that "Maybe going forward I shouldn't stay up late watching the Diamondbacks night games."

White House official: President is not a liar
-- Responding to James Comey's suggestion that President Trump would not tell him the truth, White House spokeswoman Sarah Sanders rebuffed those claims.

"I can definitely say the president is not a liar, and I think it's frankly insulting that question would be asked," Sanders said.

D.C. bar offers free drinks for Trump tweets during hearing
-- The Union Pub in Washington, D.C., opened 30 minutes before James Comey's Senate testimony and promised free drinks to every patron for every time President Trump tweeted during the hearing.

Alas, the president laid off the social media platform as Comey testified on Capitol Hill. Donald Trump Jr., however, did live tweet during the testimony.

Union Pub decided to give out free drinks anyway.