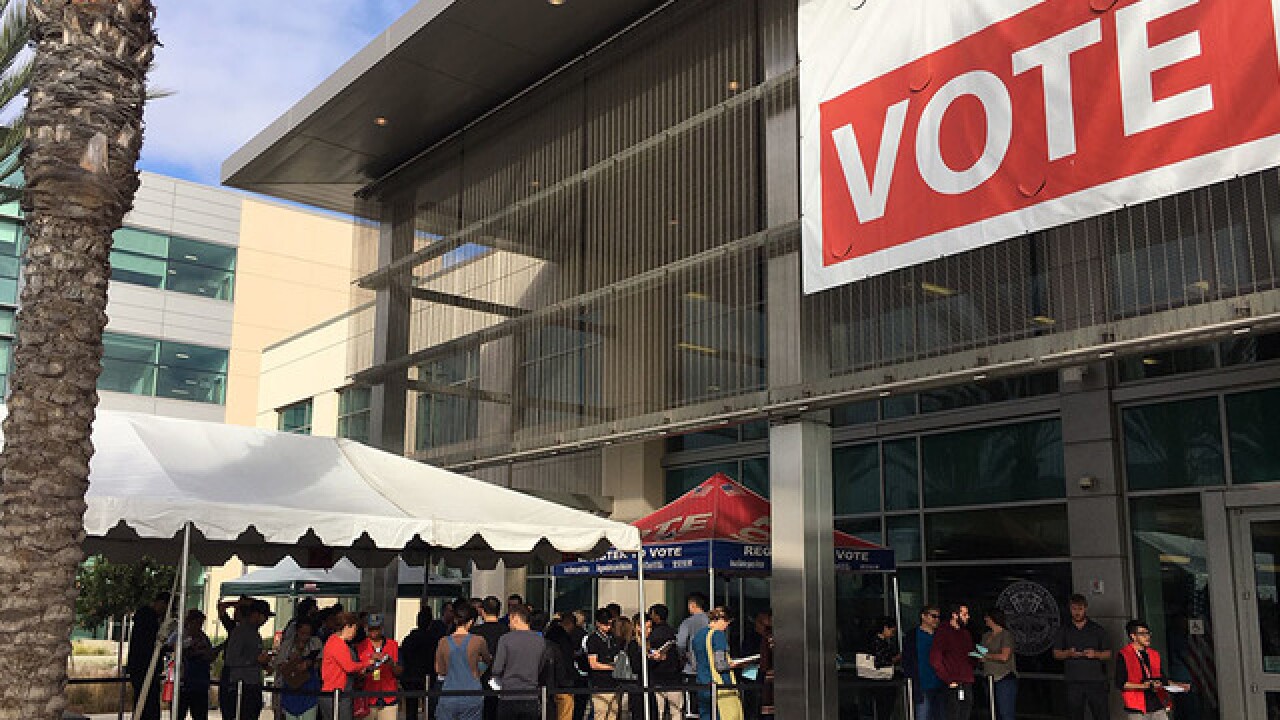 Proposition 12 led with 59 percent of the vote with nearly 4 million ballots counted.

Supporters say the measure is a step toward more humane farming practices, while opponents say it doesn't go far enough.

The measure sets new minimum requirements on the sizes of pens that farmers use to house breeding pigs and calves raised for veal, and it bans sales in California of products from hens, calves and pigs raised in other states that do not meet California's standards.

Dubbed the Prevention of Cruelty to Farm Animals Act, Proposition 12 builds on an earlier ballot measure, Proposition 2, that passed in 2008 and banned keeping hens, calves and pigs in tiny cages so cramped they couldn't stand up, lie down or turn around.

That measure took effect in 2015 but lacked specific size requirements and did not apply to out-of-state farmers whose products were sold in California.

Proposition 12 specifies how much floor space farmers need to give each animal.

The measure was sponsored and financed by the Humane Society of the United States, which also backed Proposition 2 and says the upgrade will strengthen the earlier measure and restore California as a leader in the ethical treatment of farm animals.

A decade ago, Proposition 2 was the furthest-reaching law for farm animals in the country. Since then a dozen states have banned or restricted confinement for at least one farm animal. Massachusetts passed a comprehensive measure in 2016 that is similar to Proposition 12.

The measure had the support of several animal welfare groups, including the American Society for the Prevention of Cruelty to Animals, Sierra Club and Center for Food Safety, and a variety of veterinarians and religious organizations.

Opponents of the measure include animal welfare activists such as People for the Ethical Treatment of Animals, which says Proposition 12 did not go far enough to stop animal cruelty.

Farm groups that opposed the measure, including the National Pork Producers Council, say it will raise costs for farmers and, as a result, prices for consumers.

The nonpartisan Legislative Analyst's Office says Proposition 12 would likely result in an increase in prices for eggs, pork and veal partly because farmers would have to remodel or build new housing for animals.

It could also cost the state as much as $10 million a year to enforce and millions of dollars more a year in lost tax revenues from farm businesses that choose to stop or reduce production because of higher costs, the office said.