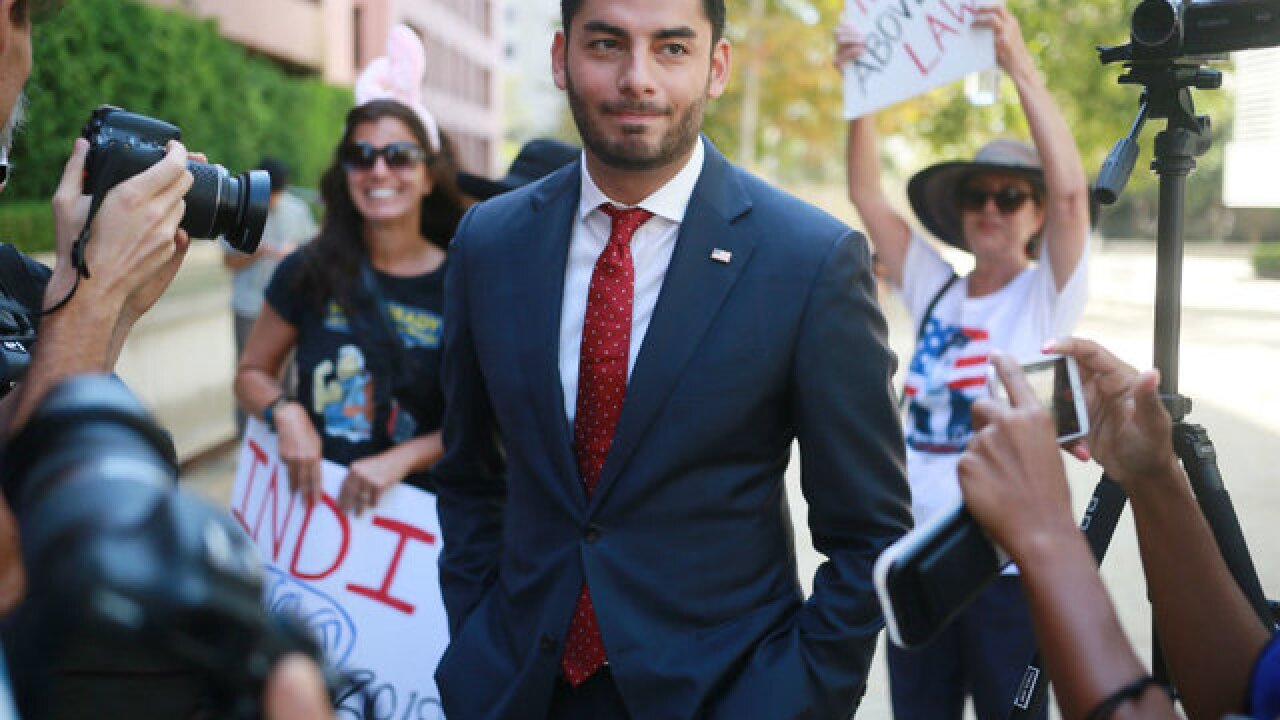 SAN DIEGO (KGTV) - Campaign officials for Democrat Ammar Campa-Najjar are calling an ad recently released by Rep. Duncan Hunter’s campaign “deceptive and racist,” and they are demanding the Republican Party condemn Hunter for the ad.

In a statement from Campa-Najjar’s campaign, officials said: “We call upon responsible members of Republican leadership to condemn Rep. Hunter for this un-American, hate-filled piece of propaganda.”

Hunter’s ad claims Campa-Najjar “is working to infiltrate Congress” and the Democrat is “being funded by the Muslim Brotherhood.”

Campa-Najjar, who is looking to unseat Hunter in the 50th Congressional District race, responded to the ad: “Mr. Hunter’s ongoing attacks on me, his wife, and the Justice Department aren’t just political; they’re pathological. While Hunter has no human sense of personal accountability, voters understand his family is not responsible for his actions, and I’m not responsible for my family’s actions. And while Duncan Hunter Sr. was once a congressman, voters understand it’s me and Duncan Jr. on the ballot this time -- neither of our fathers are running for congress. Voters will judge us by our own merits, character, and record this election. May the better man win.”

According to poll aggregate website Project FiveThirtyEight, in the six polls conducted since the June primary, Hunter is still up by more than 8 points, but the gap is tightening heading into the Nov. 6 election.

10News reached out to Hunter’s campaign regarding the ad, but officials have not responded.